On Tuesday we hosted IP Auto USA, the third annual IP event for the auto industry we have held in Detroit. It brought together senior figures from OEMs, companies throughout the supply chain, the tech industry, prominent licensors and the advisory community. As in previous years, it was a day packed with insightful and thought-provoking commentary on many of the IP-centric trends impacting a sector that is starting to see some of the same seismic patent forces that have affected large parts of the tech world.

With a packed agenda across five panel sessions, here are a few observations from the day:

As cars become increasingly connected, so the licensing dynamic that OEMs and many of their suppliers have traditionally been accustomed to is being upended. In recent years we have seen the emergence of Avanci, an IoT licensing platform that has a strong focus on the auto sector, as one attempt by owners of large mobile porfolios to efficiently license the industry.

Via Licensing a patent pool operator which also has a large collection of 2G, 3G and 4G, is also due to announce a licensing platform specifically aimed at the auto sector. There is, in other words, a large universe of IP waiting to be licensed to the industry but we’re still in the very early stages of deals taking place.

Both Via and Avanci featured on the first panel of the day and according to the latter’s Luke McLeroy the relative lack of transactions is in part because in the new licensing negotiations, there are some significant communication barriers between parties.

“When Apple and Nokia sit down to discuss a licensing deal they at least have a common language,” McLeroy observed. “But when you have Ford and Nokia you don’t have that common understanding of how things should work.” It may even be the case that Ford or another OEM isn’t the right company to have in the room, but that a supplier is best placed to have those licensing negotiations.

Who should pay and how much

Exactly who should pay licensing fees and how much they should pay was raised on the first panel by Nokia’s Teemu Soininen. He admitted that he was agnostic over who in the auto supply chain should be coughing up for connectivity - pointing out that the car manufacturers and their suppliers were best placed to determine that - and he raised the prospect of spreading the cost throughout the supply chain. In terms of how much those prospective licensees should shell out, Soininen suggested that could be determined by looking at how much consumers are prepared to pay for connectivity in their cars. Licensors could then expect to receive a small share of that.

Brooks Kushman partner John LeRoy then picked up the question of the price tag for connectivity in one of the afternoon sessions. Using Avanci’s royalty rate, which is $15 per car for 4G connectivity and covers almost 50% of the standard essential patents for 2G, 3G and 4G technology, he observed that the cost of a 4G licence in a car was $30, which he said was well above the average cost of a modem at $15. LeRoy claimed that that difference in price led to some tension between licensors and licensees, and highlighted that for the industry itself, it was very hard for an OEM or a supplier to start paying when their competitors weren’t.

His comments prompted McLeroy to respond during the audience Q&A. He pointed out that Avanci’s $15 price tag would not change regardless of the number of patent owners who signed up as members of the platform – ie, as more companies join Avanci that $30 price tag to cover all of the licences for 4G connectivity should drop.

That prompted LeRoy to urge the auto industry and wireless licensors to work hard on finding a compromise. As anyone who has tracked the licensing industry in the mobile sector in the last decade can tell you, that’s easier said than done.

The uncertainty over patent eligible subject matter, thanks to a series of Supreme Court cases such as Alice Corp v CLS Bank, has left many griping over the state of section 101, the part of the US patent statute that covers what is patentable. But according to Frank MacKenzie of Ford, the 101 landscape and the ability to invalidate poor quality patents is actually working.

“I might be in a small minority here but I like where Alice is right now,” he commented, using the well-known SCOTUS case as a shorthand for section 101. “There are numerous times you read a patent being asserted against you and you say “in no way does this work”,” he commented. “If you read a claim 10 times and you still have no idea what it’s claiming then that’s bad.”

Should litigation break out in the car industry between the incumbent manufacturers, newer players and those licensing wireless and other technology being introduced into new vehicles, then that could upend some of the accepted elements of Europe’s largest patent markets.

That was the message from Audi’s Kai Brandt on the day’s final panel. He claimed that if litigation were spread to the auto industry and start to affect the German car giants, then one popular aspect of Germany’s patent system might be altered.

“If we see a lot of litigation in the future in the car sector especially around connectivity and standard essential patents then I could easily imagine that the availability of injunctive relief would be changed in Germany,” he commented. That would have echoes of the US where over the last decade the powerful high-tech lobby is widely seen to have successfully weakened patent rights. It would also be a magjor sea-change in Germany, where there has never been much indication that the country's businesses have a problem with the regime as it is. Of course, if the UPC ever gets up and running, the stakes in Europe will get even higher. If being the operative word here!

It was a packed crowd in Detroit for IP Auto USA and we'd like to say a big thank-you fo all delegates, speakers and sponsors for their support. Attention now turns to Munich where the first IP Auto Europe takes place next Thursday. Another sell-out is expected. Tghese are busy time for the IP proferssionals oin and around the auto sector. 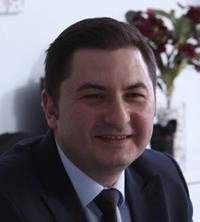