The headline numbers for the 2016 litigation year in the US were out last week and showed a big drop in the total number of new patent infringement cases. According to Unified Patents there were 4,382 new cases, a drop of almost 25% on the 2015 figure. That is the lowest level since 2011 when the America Invents Act (AIA) came into force and new joinder rules had a significant inflationary effect on litigation volume.

RPX also released some stats and included a numbers of interesting data points. Among them was a big fall in the number of NPE campaigns against companies with revenues of $50 billion or more. Those companies are, of course, typically among the most popular targets for licensing efforts but they’re also the ones most likely to fight back in long, drawn-out lawsuits.

To dig a little deeper into how the most popular targets were affected by the litigation slump, I took last year’s top 10 defendants – ie those companies that faced the most lawsuits – from Lex Machina’s 2015 annual litigation report and then used the data provider’s database to work out how many suits they faced in 2016. As you can see from the table below most saw huge falls, in many cases exceeding 50%. The number one defendant in 2015 Samsung Electronics America, for instance saw its defendant caseload fall from 64 to 37, while Apple’s slumped from 57 to 26.

Lex Machina has yet to release its litigation report for 2016 so we don’t know yet which companies featured among the top defendants and some of the numbers for last year may change a little as the data is finalised. But these initial figures show clearly how the litigation landscape has shifted in the last 12 months. 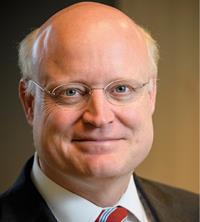