A big week for Qualcomm shifts focus to deal with Huawei

Qualcomm has just had a good week. The company chalked up a licensing deal with a top five handset manufacturer and was successful in getting a stay on the most serious parts of the adverse May judgment in the anti-trust suit brought against it by the Federal Trade Commission (FTC). That means that the biggest immediate question mark hanging over the chipmaker is whether it can close a deal with Huawei which is now the biggest licensing holdout since a temporary deal between the pair lapsed earlier this year.

The decision by the Court of Appeal for the Ninth Circuit was always considered the most likely outcome, but it would have left serious questions over Qualcomm’s business model if the court had rejected the stay of the May decision. The ruling covered the most serious parts of the lower court's decision which had required that Qualcomm:

In its judgment, the appeals court highlighted the stark differences which have emerged within the government over the case between the FTC and the Department of Justice. The DOJ claimed that the original decision “has the effect of harming rather than benefiting consumers”, while the Departments of Defense and Energy has also thrown its support behind Qualcomm over possible threats to national security.

The chipmaker will no doubt seize on these markedly different views of the case when oral arguments in the appeal are heard early next year.

And in the meantime Qualcomm is continuing to agree licensing deals. Early last week it announced that it had reached an agreement with LG Electronics for 3G, 4G and 5G technology. The release gave little away on the precise details, only that it was “consistent with Qualcomm’s established global licensing terms”.

With Apple signed up to a new 6-year deal in April, Samsung tied into a long-term licence and now LG, Qualcomm has three of the biggest global smartphone manufacturers licensed. The company has also been forging closer relationships with the likes of Oppo, Vivo and Xiaomi, so it’s the lack of a deal with Huawei that offers the most immediate uncertainty.

At the end of 2018 the two companies made an interim agreement under which Huawei paid $150 million each quarter through to the end of June this year. On the chipmaker's most recent earnings call, Qualcomm CEO Steve Mollenkopf told analysts that the company continued “to pursue a negotiated resolution of the dispute focused on a final agreement” with Huawei.

But, as he went onto point out, with the steep challenges that the Chinese tech giant is facing overseas it is increasingly focused on growing its market share in its home market where, Mollenkopf stressed, “we do not see the corresponding benefit in product or licensing revenue”.

That comment - and the fact that they’re yet to put pen to paper - suggests that the huge amount of market uncertainty hanging around both companies is only complicating matters in the search for a new deal. The agreement with LG means that Qualcomm has been able to maintain the momentum it has built going into the rollout of new 5G networks, but Huawei remains a big and very noticeable hold out. 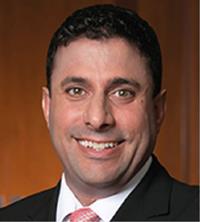