Our recent infographic showing four years of new patent cases filed month by month, showed just how big a spike the US market saw in November last year. As has been widely reported that was due to a change in pleading standards which kicked in on December 1st and which requires plaintiffs to disclose far more information when bringing an infringement lawsuit. That meant that the number of new cases in November was 845, far more than the next busiest month which was April 2014 when 684 cases were filed.

Perhaps not surprisingly after the highs of November, December was a particularly quiet month with 280 new cases filed in US district courts. As our infographic showed, that was the lowest number between 2012 and the end of 2015, 31 cases fewer than the next quietest which was August 2015.

However, December held that record for all of one month as new filings dropped again in January to 279, according to Lex Machina. When you add in the number of lawsuits filed so far in February (which also looks to be close to a record low), giving a total of 428 new suits filed this year, then litigation levels are well down year on year. According to Lex Machina, at this point last year 738 new cases had been brought while in 2014 the number was 614.

The table below puts the December and January numbers into more context.

After the surge of cases in November it was perhaps inevitable that we would see a marked drop off in the following months as plaintiffs rushed to file suits before December 1st that they might otherwise have brought in the run-up to Christmas or at the start of this year. But we might also be seeing the first early signs of the impact of the new pleading standards.

Predicting patent litigation volumes can be a hazardous business, particularly reading too much into two and a half months worth of data. Having seen a drop off in new lawsuits in 2014, many expected the downward trend to continue into 2015. That didn’t happen as last year was the second busiest on record.

If this drop-off had happened last year then there would have been much discussion about its impact on proposed patent reform and whether legislative action was needed. Given that this is an election year in the US and the recent death of Justice Scalia means that there’s a vacancy on the Supreme Court, it’s fair to say that Congress and the Senate Judiciary Committee have bigger fish to fry.

In the meantime, the patent market will continue to keep tabs on how the new pleading standards and case law that has been radically overhauled in recent years, impact the volume of new cases. If the last two and a half months are anything to go by we might be seeing a significant shift in the patent litigation landscape. 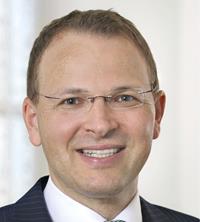