If you were to name Europe’s patent litigation hotspots, places like Dusseldorf, Munich, Mannheim, London and The Hague would spring quickly to mind; perhaps followed by the likes of Paris and Milan. One thing is for sure, though: no Spanish city would make the list. But perhaps it should. Because for the period leading up to his year’s Mobile World Congress – which was held in Barcelona from 26th February to 1st March – there is a good case for saying that the Catalonian capital’s commercial court was among the busiest patent venues on the continent.

According to data released by the court (original in Spanish here, court-provided translation here), in the run up to, and during this year’s event, it handled well over 30 cases, all submitted within the framework of the fast track protocol for MWC that the court established several years ago. More specifically:

Ricardo Guerras and Josep Maria Pujals of Barcelona-based Oficina Ponti explain that a protective letter is one that a party applies for from the court if it thinks it might face an accusation of patent infringement. It does not have to have any specific knowledge, certainty or notice of such action, only a concern that it might happen (say, for example, that it is in unresolved negotiations with another party over a licensing deal). A potential plaintiff must be identified and that party is told of the existence of a the letter, but is not shown its content. The practical effect of such a letter is to prevent the issuance during MWC of the kind of ex parte injunction envisioned by the protocol.

“Verification of facts” (diligencias de comprobación de hechos) procedures, state Guerras and Pujals, are similar to the French saisie-contrefaçon. That is, a party that believes its patents may have been infringed can apply to the court to get an ex parte search order that will allow for the inspection of the premises of an alleged infringer – in the case of MWC its exhibition materials and booth – to collect evidence, where no other means to get this is available. Potential infringement must be demonstrated by the applicant and a bond posted before such orders are issued, and they are carried out by court appointed officers.

All in all, the court dealt with a workload that was 40% bigger than it was in 2017 – something which clearly demonstrates that both potential defendants and plaintiffs believe the protocol’s provisions have real teeth. Just as significant is how quickly the cases were turned around – between a day and two days in almost all instances. This shows a court and judges – not to mention the petitioning parties and their legal representatives – working at maximum speed and efficiency. You do not get that without a lot of preparation in advance.

My understanding is that other big trade shows in the high-tech space are looking closely at how the Barcelona Commercial Court has developed the protocol and its processes, so it would not be a surprise to see versions of it appear elsewhere in the very near future. For anyone thinking of exhibiting at such events – and let’s face it these are becoming a very big deal, where new product lines and innovations are made public for the first time – that needs to be built into planning. 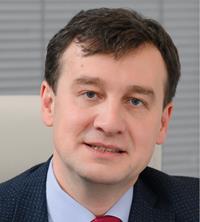