Asian companies flock to the PTAB, but China for once lags behind

An interesting piece of research has been carried out by Japanese IP service company NGB looking at the leading filers from Asia of inter partes reviews (IPR) at the Patent Trial and Appeal Board. Using data from Lex Machina and Unified Patents, NGB analysed the most frequent filers by company and by country. As we have covered before a number of companies from Asia - such as Samsung, LG and Toyota - have featured among the top 10 filers, but NGB adds a few extra levels of granularity in its analysis.

Japanese companies are the most frequent filers followed by those from Korea, with the vast majority of these IPRs being filed against NPEs. Given that Asia companies have long been seen as litigation targets by both NPEs and operating companies in the US and the fact that many of them operate in the high-tech sector, traditionally the favourite industry for NPEs, that is perhaps to be expected. NGB’s analysis confirms that just as with US corporates, IPR challenges are increasingly popular with Asian businesses; and as more sectors, such as automotive and energy, become the focus of increased NPE activity this can be expected to grow.

While Japanese and Korean predilection for IPRs may have been relatively easy to predict, NGB’s analysis shows that the re-exam procedure has yet to catch on with the Chinese. ZTE leads the way with 17 filings, but the next highest is solar power and LED lighting business Jiawei Technology with just five IPRs filed. Lenovo and Huawei, which have been among the most successful Chinese corporates when it comes to globalisation, have filed just two IPRs. Given this, it is unsurprising that ZTE has also emerged as one of the leading voices from the Far East on patent reform in the US and recently joined United for Patent Reform, the advocacy group which is pushing hardest for broad-based legislation.

Overall, though, there are not that many high-rolling, high-tech Chinese players operating in the US market at the moment, so patent suits against them are likely to be more restricted. Notably, the NGB analysis shows that there is an even split between IPRs filed by Chinese businesses against other operating companies and those filed against NPEs. This makes sense: the Chinese are only just getting involved in patent-rich US markets and have yet to carve out their niches – rival operating companies may be using patents to make that tricky, while the Chinese themselves may have also have identified operating company patents that they need to knock out.

In the case of Lenovo, while it has long been the highest profile Chinese tech company in the US, much of its business has focused on the relatively benign PC market. The question it faces is, as it moves more aggressively into the smartphone business, will it become the target of more NPE and competitor infringement suits and as a result end up filing more IPRs?

That is perhaps the question facing many Chinese businesses. For all the progress that China has made in growing its patent filings and expanding overseas, it’s easy to forget that much of the country’s tech sector is at a relatively nascent stage (certainly when compared with its peers in Japan and Korea). As that shifts then maybe we’ll see a distinctly more Chinese flavour to filings at the PTAB. 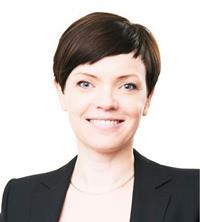