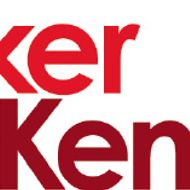 In an ongoing dispute between eBay and French luxury brand owners the LVMH group, on 30th June 2008 LVMH and several LVMH group companies obtained a strong victory through three decisions of the Paris Commercial Court. The court ruled that US company eBay Inc and Swiss company eBay International AG had been negligent in allowing the sale of counterfeit goods on their auction sites between 2001 and 2006, and ordered eBay to pay almost €40 million in damages to various companies of the LVMH group, including Dior and Louis Vuitton.

In its recent decision of 3rd September 2010, the Paris Court of Appeal confirmed the three decisions of Paris Commercial Court on the merits of the case and found eBay liable for infringement of the rights of LVMH. Further, the appeal court confirmed that eBay did not fulfil the requirements to benefit from the liability exemptions for hosting services providers.

Interestingly, the appeal court expressly referred to and quoted the decision of the Court of Justice of the European Union (ECJ) of 23rd March 2010 in LVMH v Google Inc, in which the judges considered that it followed from Recital 42 in the Preamble to the EU E-commerce Directive (2000/31/EC) that the exemptions from liability established in that directive cover only cases in which the activity of the information society service provider is “of a mere technical, automatic and passive nature”, which implies that that service provider "has neither knowledge of nor control over the information which is transmitted or stored". The appeal court judges applied this definition to eBay's activities to rule that eBay could not be considered a mere hosting provider, but was also a broker, thereby confirming the commercial court's decisions.

Accordingly, the appeal court considered that the service provided by eBay required eBay to verify that the goods promoted on its websites were not counterfeits, no matter how high the number of transactions. The judges held that eBay had breached its duty of care because the general warnings on the websites and the implementation of a screening system (the effectiveness of which was not established) were insufficient. Finally, the judges added that eBay had failed to fulfil its own commitment to withdraw counterfeiting advertisement "as soon as possible".

Therefore, the appeal court confirmed that eBay was liable for the infringements suffered by LVMH on its websites.

However, while the appeal court confirmed eBay's liability, it significantly reduced the amount of the damages awarded to LVMH.

Indeed, at first instance, the judges had accepted the innovative methods which LVMH had applied to calculate its damages, leading the court to award LVMH €38.6 million. The appellate judges confirmed that on the merits, the method applied by LVMH to assess the damages was acceptable. This method consisted of quantifying the advertisements referring to the trademarks and the signs of these companies over a period of three months, and in projecting these figures over a period of five years between June 2001 and June 2006. A rate was then applied to these figures in order to determine the number of counterfeit products.

However, the appeal court refused to follow the first instance decision which accepted the argument of LVMH, according to which 90% of those sales involved counterfeit goods. The appeal court considered this rate to be too high in view of the short sample period used to calculate the damages, and thus reduced by 50% the number of products said to have infringed the rights of LVMH.

The appeal court also refused to follow the reasoning of the first instance judges, who considered that they had jurisdiction over the activities of all the eBay websites worldwide since all websites were accessible from France. Accordingly, the damages awarded to LVMH by the commercial court in the three decisions of 30th June 2008 covered infringements to LVMH's rights on all eBay's websites, thereby explaining the amounts awarded.

The commercial court was highly criticised for taking such a view, which implied the general and systematic jurisdiction of the French courts over online infringements. The decisions were also criticised for conflicting with the case law of other countries where the courts have considered eBay to be merely a hosting provider. The appeal court expressly and firmly rejected this reasoning and considered that the French courts had jurisdiction  over only those eBay websites that had a significant and sufficient link to have an economic impact on French consumers. Therefore, the appeal judges considered the claims of LVMH only in relation to the activities of eBay.fr, eBay.com and eBay.co.uk. Thus, they calculated the damages on the basis of approximately 20% of the claimed infringing advertisements.

As a result, the damages awarded to LVMH were significantly reduced to approximately €5.7 million.

Overall, the appeal court's decision addresses many of the criticisms made about the reasoning and decisions of the Paris Commercial Court. Indeed, the decision is much more thorough regarding the reasons why eBay cannot be considered to be a mere hosting provider and why its activities as a broker cannot benefit from the liability exemptions.

Although eBay has claimed the €33 million reduction in damages as a victory, this decision is a further confirmation of eBay’s liability before French courts. Indeed, on 20th  July 2010 the Reims Court of Appeal confirmed a decision of the Troyes Tribunal de Grande Instance which had considered eBay to be liable for the sale of counterfeit Hermès bags by one of its members. Following a similar reasoning to that of the Paris judges, the Reims Court of Appeal considered that the services provided by eBay exceeded the role of a hosting provider. Therefore, eBay was considered to have breached its duty of care by failing to ensure the absence of improper use of the site.

These recent decisions of two different appeal courts send a clear message to eBay and other hosting providers about the sale of counterfeits on their platforms. However, there is a strong possibility that eBay might try to bring this case before the French Supreme Court or even the ECJ. Indeed, since eBay can benefit from the hosting provider exemptions in many other European countries, but not in France, it might decide to follow the example set by Google and bring the case before the ECJ.