After their global litigation fight settled, we put GlobalFoundries's and TSMC's portfolios under the microscope

With the chip giants having reached a truce in their recent legal battle, in-depth analysis shows that the Taiwanese semiconductor business has not only bulked up its portfolio over the past decade, but also considerably improved its quality

Taiwan Semiconductor Manufacturing Company (TSMC) and GlobalFoundries (GF) brought their high-stakes legal battle to a close at the end of October when they announced a settlement. The dispute was launched when GF went on the offensive in August, instigating a closely watched litigation campaign against its long-time rival, with TSMC responding to the initial attack with several countersuits.

However, a comparison of the two semiconductor giants’ patent portfolios shows that TSMC has gained an IP advantage over GF in the past decade.

“GF was the clear leader out of the two in the early 2000s,” says PatentSight consultant William Mansfield. Until 2008 GF was part of Advanced Micro Devices (AMD) and only became an entirely separate entity when AMD spun off its manufacturing operation. Over the past decade, GF’s portfolio experienced a period of growth before shrinking, and has dropped off in terms of quality, according to its Patent Asset Index (PAI) value. The PAI is a PatentSight tool, which considers the number and quality of active patents to calculate the overall strength of a patent portfolio.

By comparison, TSMC’s portfolio has increased in terms of both quality and quantity (see Figure 1). When it comes to size, TSMC surpassed its rival in 2015, despite GF being the recipient of IBM’s semiconductor business in 2014. 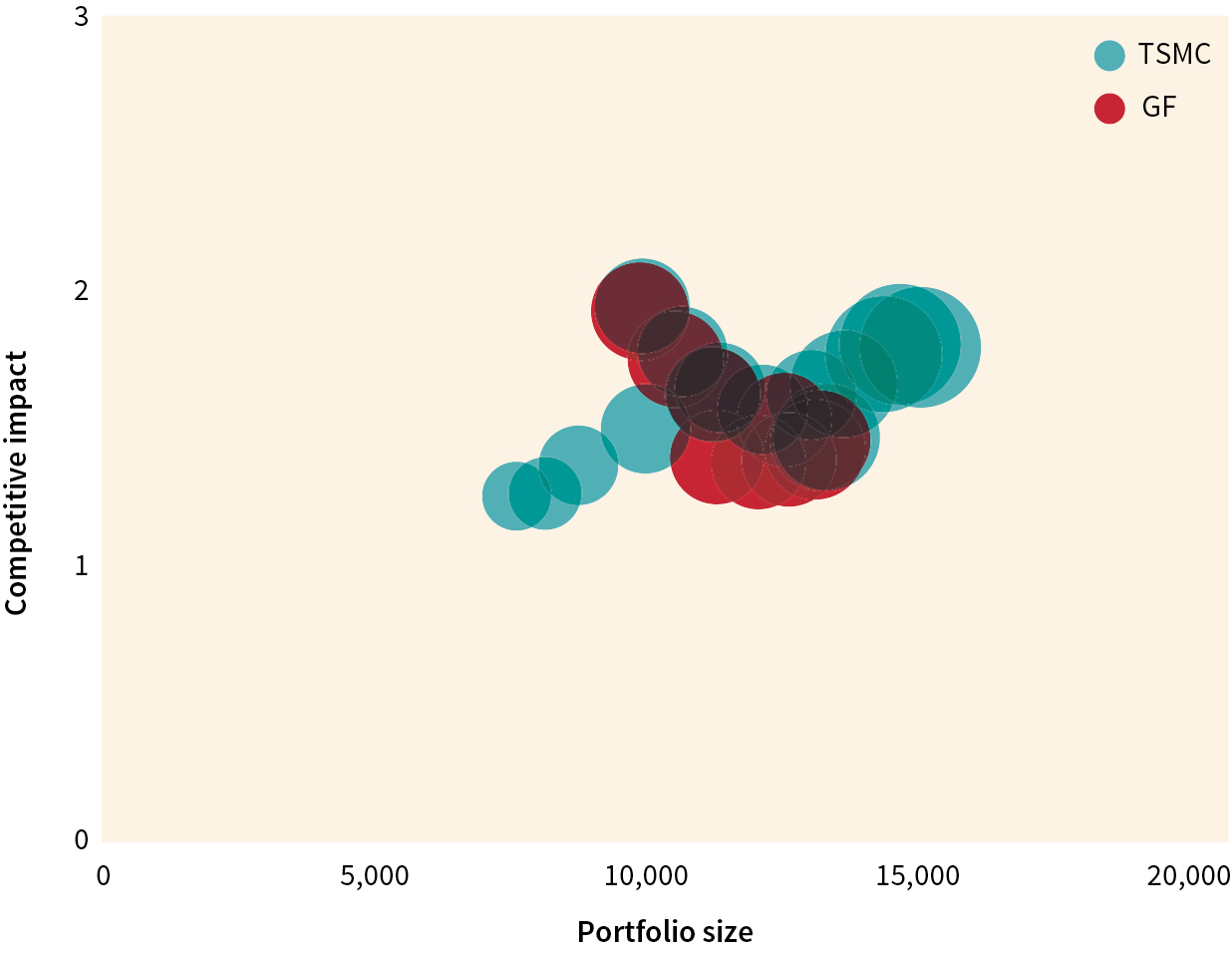 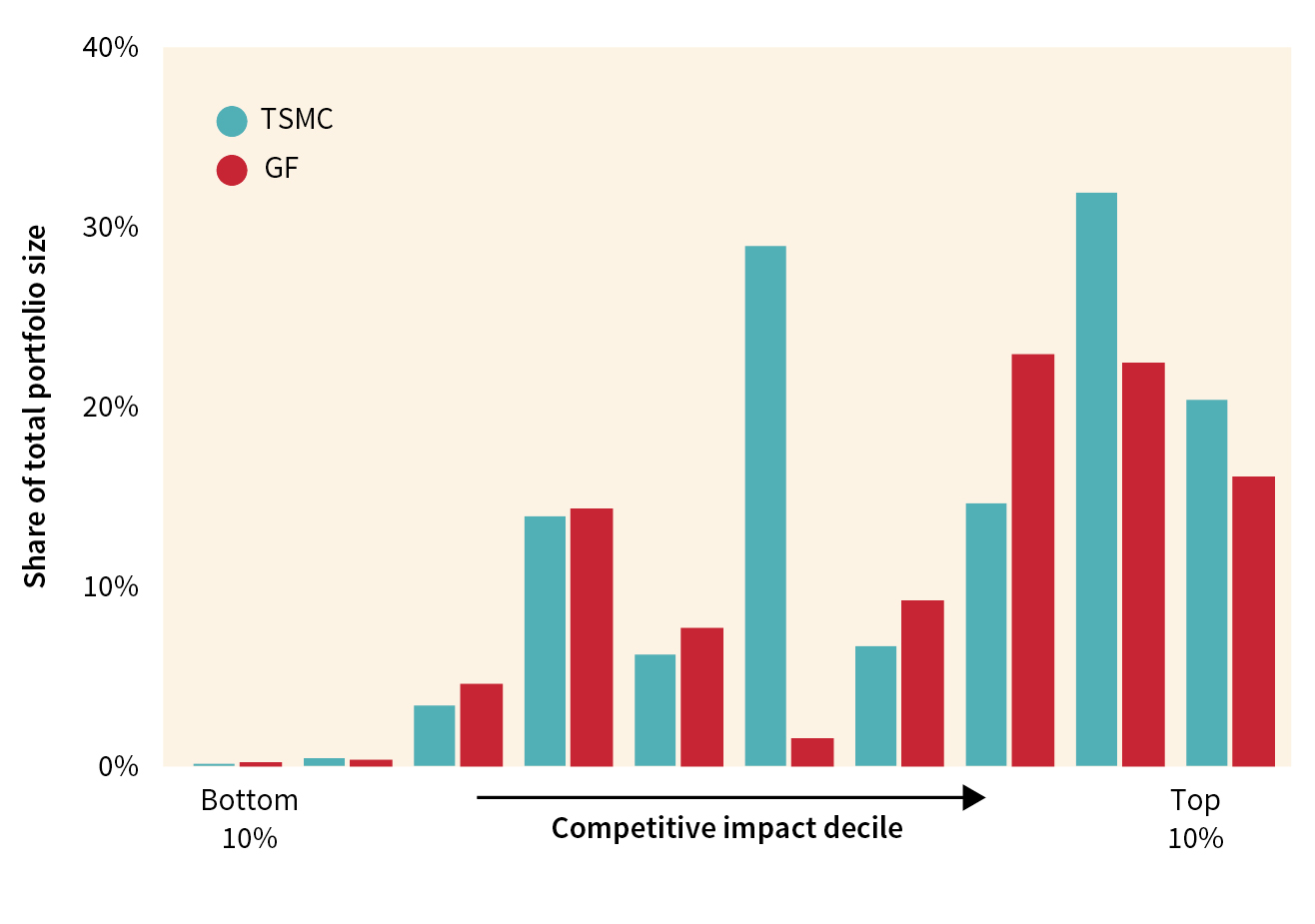 Mansfield conducted additional analysis into the qualitative make-up of the two portfolios. He found that TSMC had a greater share of so-called ‘world-class’ patents (ie, those that fall within the top 20% worldwide), than GF (see Figure 2). Thus, the Taiwanese company is not just relying on a few, select assets, but rather has a solid array of strong patents.

Citation relationships between TSMC and GF were examined to understand how close their technologies are to each other. Mansfield explains that while single citations do not indicate infringement, larger and more prolific relationships make it more likely.

Figure 3 shows the total number and percentage of each company’s PAI that cites the other, to see how their interactions have developed. “Over the past 20 years, as TSMC has become a bigger player, we can observe that GF has also cited it more (see the increasing orange lines), becoming more reliant on its developments for further innovations,” says Mansfield. “Conversely, while TSMC has grown its portfolio (see the dark blue line), the relative level of citations has not increased (follow the light blue line).”

Although it appears that TSMC is citing GF more often, the gap was far greater in the past. “It may have been a better strategy for GF to enforce its patents a few years earlier, when it might have been in a relatively stronger position with fewer countersuits as a result,” Mansfield suggests.

While TSMC has significantly grown its portfolio, it has also taken a severe approach to its US holdings. Analysis shows that in 2016 it dropped a large chunk of its assets – mainly those that were more than 11.5 years old. The company is keen to maximise the value of its portfolio and this streamlining process may be part of an effort to drop patents that are less useful to its overall strategy. GF has long been in the habit of abandoning US assets but, unlike its competitor, it is letting relatively young patents fall by the wayside. The company could potentially be dropping patents relating to technologies that it is no longer pursuing. 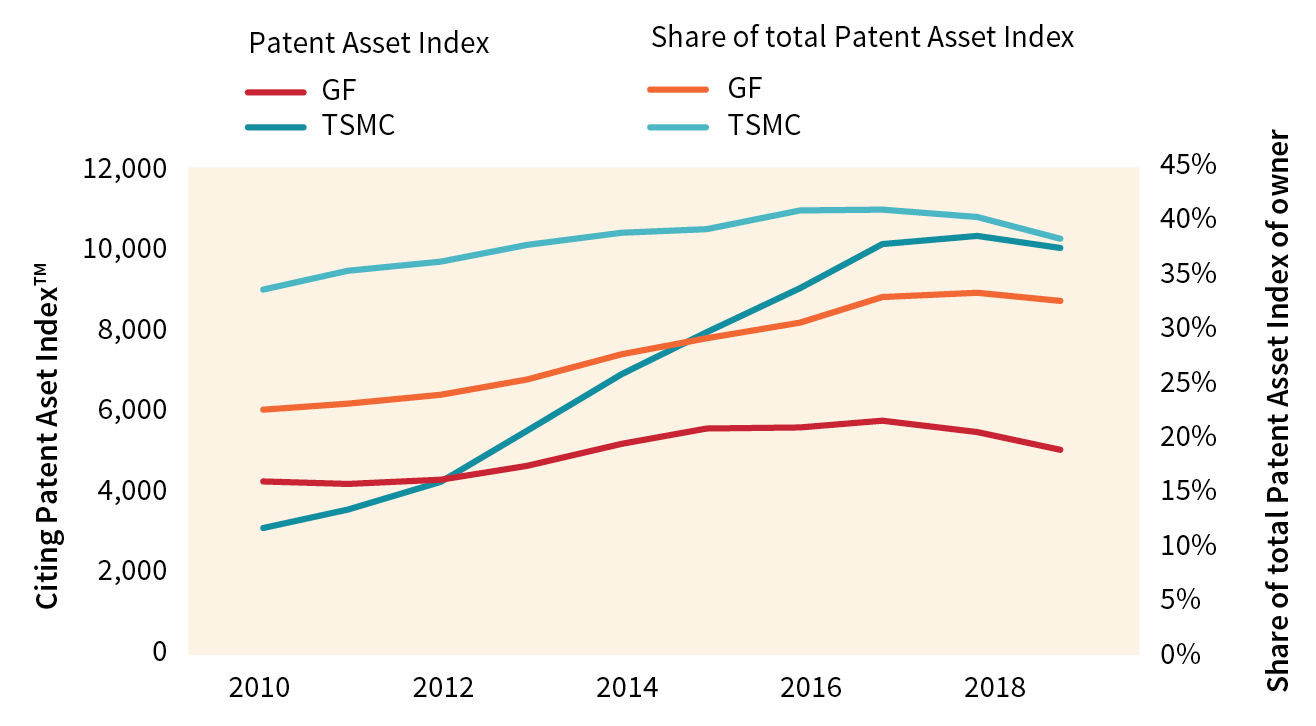 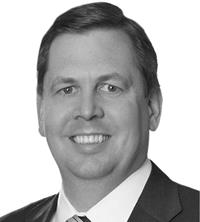