By Árpád Pethő and Eszter Szakács

A patent owner may enforce its rights by filing a civil lawsuit or a request for preliminary injunction. Depending on the circumstances, patent rights may also be enforced in the event of a direct threat of infringement, that is before an infringing product is launched on the Hungarian market; however, court practice is quite strict in this regard. Criminal law penalties as well as customs measures in line with EU Regulation 608/2013 are also available.

Q: Are parties obliged to undertake mediation/ arbitration before bringing a case before the courts? Is this a realistic alternative to litigation?

There is no legal obligation to undertake mediation or arbitration in patent matters.

Q: Are there specialist patent or IP courts in your jurisdiction? If not, what level of expertise can liti-gants expect from the courts?

Patent infringement and second instance of revocation proceedings (following first-instance decisions by the Hungarian Intellectual Property Office (HIPO)) are handled by the Metropolitan Tribunal with exclusive jurisdiction. The tribunal’s specialised panel consists of a legal judge (as chair) and two technical judges. The panel is experienced, makes thorough decisions and is up to date on EU patent law developments. The decisions of the Metropolitan Tribunal may be appealed to the Metropolitan Appeal Court. Other types of patent litigation (eg, licences, inventor remuneration and ownership) are distributed among various courts in the country based on seat of the defendant.

No legal framework exists in Hungary for a cross-examination procedure, witnesses are generally heard by the judge and the parties may also initiate questions. The judge may allow the parties to question the witnesses directly; indeed, this is the usual practice. However, witness testimony is not a common form of evidence in patent infringement proceedings; most evidence comes in the form of documentary evidence and expert opinions.

The role of these expert opinions is of specific importance in preliminary injunction proceedings, where – due to the short time frame of the proceeding – the court refuses to involve court appointed experts.

The same procedural provisions apply for patent litigation in all technical fields. The problems relating to the enforcement of patents in certain complex technological fields (eg, biotechnology) may be due to difficulties in providing proof – especially in preliminary injunction proceedings, where the court requires a high level of evidence of infringement. However, judicial practice developed in regular cases may be of use for elaborating the arguments.

Courts are generally not formally obliged to abide by previous decisions, but they usually do so, provided that the facts of the cases are similar. The Metropolitan Tribunal, which has exclusive competence for patent infringement and revocation cases, tends to develop a rather consistent practice. Certain Supreme Court (Curia) decisions relating to fundamental legal questions, however, must be followed by all courts.

Although being generally well informed on the leading patent cases in Europe, Hungarian courts are not obliged to follow or consider decisions adopted in other jurisdictions, and this is often emphasised by the courts and the HIPO. The Patent Act provides that in the case of a preliminary injunction proceeding regarding a European patent, the court may take into account whether the European patent at issue was revoked by the European Patent Office (EPO) or nullified in another jurisdiction. However, this is not an obligation. Further, the case law of the EPO is extensively used and duly considered by the courts when parties argue on different aspects of patentability.

Q: Under what circumstances, if any, will a court consider granting a preliminary injunction? How of-ten does this happen?

Q: Under what circumstances might a court grant a permanent injunction? How often does this hap-pen?

The court may grant a permanent injunction if it is requested in the petition and the infringement of a valid patent is declared. Under Hungarian court practice, injunctions are usually specific to the infringing product or process and an injunction follows the declaration of infringement quasi-automatically; to date, no known cases have challenged this approach.

Q: Does the losing party at first instance have an automatic right of appeal? If not, under what circum-stances might leave to appeal be granted?

In appeal proceedings, new evidence is generally accepted only if the party could not file it at first instance or the issue that is proven by the evidence has not been raised before (although there are exceptions to this). Thus, appeal procedures are usually faster than first-instance procedures, taking approximately 12 to 18 months. In preliminary injunction proceedings, the appeal decision is usually made within four to six weeks from filing the appeal.

Q: Have courts in your jurisdiction handled cases relating to standard-essential patents and fair, reason-able and non-discriminatory licensing since the ECJ’s Huawei v ZTE decision? If so, what have they decided?

To the best of our knowledge, no.

In the event that Hungary ratifies the Agreement on the Unified Patent Court, it is understood that there are plans to have a local division.

Patentees anticipating an infringement of their European patents in Hungary are advised to submit a translation of the patent description to the patent office, even if they did not do so for the purpose of validation (Hungary is a member of the London Agreement), since the defendant may request that it is provided to them during the patent litigation and the infringer’s liability for damages may also be excluded until the point where the translation was not provided by the patentee. 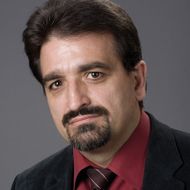 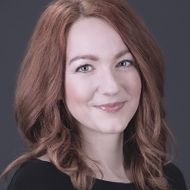 She is a member of the board of the European Patent Lawyers Association and plays an active role in various committees of the Licensing Executives Society International, where she also chairs the mentorship program.