New technologies form tangible assets that can be systematically developed by technology-oriented companies for a particular market in order to generate revenue. However, recent IP transactions (eg, in the telecoms market) clearly demonstrate that intangible assets may also significantly contribute to revenues.

When an invention is a patentable invention

The difference between an invention and a patentable invention can be demonstrated. Imagine that Robinson Crusoe invented a wheel on his desert island. This wheel is certainly an invention if Crusoe had never seen a wheel before. However, it is not patentable because wheels have been known for centuries beyond Crusoe’s island.

In order to determine whether an invention is patentable, patent offices – in particular the European Patent Office (EPO) – often assume an incremental character of the invention. This is reflected by the fact that patent claims should be drafted in a two-part format (ie, with a preamble defining the known prior art and a characterising portion indicating the difference between the invention as claimed and the prior art). This difference can be considered as an increment that will delimit the claimed invention over the prior art, and is referred to by the patent offices for determining whether a claimed invention as claimed is patentable. The patent practices of the offices therefore directly reflect the incremental character of innovation.

One characteristic of emerging technologies is that they can be disruptive and may traverse the well-established innovation processes: there is usually no existing technology that forms a starting platform for further improvement.

The non-incremental nature of blockchain makes it difficult for engineers to recognise an invention in a given blockchain development because there is often no technical increment that can serve as an orientation anchor for engineers to systematically capture inventions in an existing blockchain development. Blockchain is implemented in software, and most engineers believe that software is generally not patentable; therefore, they often fail to realise that a specific blockchain development may involve a patentable invention. In fact, software-related inventions require specific patent drafting skills and profound experience in order to circumvent well-known software patenting problems. Patent applications will otherwise be rejected as not patent eligible, which may in turn confirm the scepticism of traditionally oriented developers regarding patenting software-related innovations. Valuable inventions, and thus intangible assets relating to blockchain, may get lost.

Another example of an emerging technology is 5G communication networks, which are designed to support emerging technologies and applications such as blockchain, the Internet of Thing (IoT) or autonomous driving.

Therefore, the innovation challenges associated with 5G are similar to the challenges arising in connection with blockchain or any other emerging technology. The development of 5G communication networks is non-incremental, which makes developing or at least recognising 5G inventions difficult for those engineers skilled in developing traditional technologies. Moreover, the software character of 5G implementations imposes several problems associated with patenting software per se. These problems may result in the loss of essential inventions and therefore intangible assets, particularly at the beginning of a development cycle.

One factor which may prevent harvesting valuable inventions is the fact that new technologies are mostly developed in software, and there are numerous problems associated with patenting software inventions. However, software is just another technology tool that often replaces traditional technology tools that are implemented to solve technical problems. Therefore, software implementations that solve technical problems are patentable according to the EPO.

Patentability criteria of the EPO

The EPO determines whether a technical invention is patentable according to Article 52 of the European Patent Convention (EPC). Article 52(1) EPC states that: “European patents shall be granted for any inventions, in all fields of technology, provided that they are new, involve an inventive step and are susceptible of industrial application.”

In order to determine whether a technical invention also involves an inventive step, the EPO developed the problem-solution approach, as described in the EPO Guidelines for Examination, Part G VII 5:

Another patentability requirement of the EPO is eligibility. Article 52(1) of the EPC requires a technical character of an invention as claimed in Article 52(2, 3) of the EPC specifies that certain inventions, such as computer programs per se, are not regarded by the EPO as patentable inventions.

The EPO’s patentability requirements should be considered when claiming inventions, in particular software-related inventions.

Fortunately, the EPO’s essential patentability requirements – namely, inventive step, technical character and non-exclusion of patentability – can be jointly assessed by a technical solution of a technical problem that is provided by the features of the invention as claimed. This provides a framework for claiming software-related inventions in European patent applications.

The EPO patentability criteria defines a framework enabling software-related inventions in European patent applications to be claimed. However, this framework can be exploited for harvesting inventions as well.

Market need and technical problem to be solved

The essential patentability criterion is a technical solution of a technical problem by an invention as claimed in a patent application. Clearly, this applies where an existing invention has already been claimed.

Ideally, the harvested inventions should be valuable and patentable. The patentability criterion provides a framework for harvesting patentable inventions. However, the question of how to systematically harvest valuable inventions remains.

Therefore, such a criterion can be implemented into the invention harvesting process from the beginning.

By way of example, in the context of blockchain technologies, the market need may be a secure cryptocurrency scheme. An exemplary technical problem is therefore to provide a secure fund transfer concept that enables a secure digital payment. A (simplified, but unfortunately not novel) technical solution to the technical problem is a digital signature process, according to which a fund transfer is authorised by the digital signature of the fund’s owner.

In order to develop a technical solution to a technical problem, a lean invention approach has been developed by Patentship, based on the lean startup principles described by Eric Ries in his book The Lean Startup: How Today’s Entrepreneurs Use Continuous Innovation to Create Radically Successful Businesses (17 October 2017). The lean startup approach is based on identifying a market need in order to build a valuable company. In order to satisfy the market need, a minimum viable product (MVP) can be designed, providing basic functionality. The MVP can be subject to further improvement in subsequent iterations in order to achieve a better market fit.

The lean startup approach and the innovation harvesting approach share the same starting point (ie, market need). Therefore, the principles of the lean startup can be directly exploited to systematically develop technical innovations as well. In particular, the MVP may already define a ‘minimum viable invention’ (MVI) that provides a first solution to the technical problem based on market need. The MVI can iteratively be improved further if necessary. Moreover, several concurring MVIs can be harvested, each forming another solution to a given technical problem. Therefore, the MVI approach can provide alternative solutions to the same technical problem and thus a plurality of technical inventions during the same invention harvesting process. 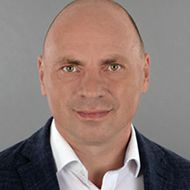