A big challenge faced by foreign patent owners operating in China is that it can be hard to get a reliable picture of what exactly is happening across a sprawling judiciary that heard more than 12,000 patent cases in 2016. In the latest issue of IAM, which is now available online and will hit subscribers’ desks shortly, Jacqueline Lui of Eagle IP Group in Hong Kong has done an in-depth analysis of foreign parties’ performance in all types of patent cases – including second-instance cases and appeals against SIPO.

We know that the picture is fairly rosy for plaintiffs overall. For example, in IAM issue 87, we looked at results from the first two and a half years of the Beijing IP Court – a premier first instance venue. This showed an 82% winning rate for plaintiffs, without much daylight between Chinese and foreign performance. Still, when it came to overseas parties, the sample size was rather small – they won 12 of the 13 cases which resulted in a verdict.

In this new analysis, Lui has looked at more than 2,200 invention patent cases which were concluded in 2016 across the entire country, including at the appellate level. Poring through each case to determine whether it involved any foreign parties, Lui was able to identify 248 foreign-related results.

Beijing has a reputation for deep patent expertise in its courts and is a favoured venue for overseas companies. But Lui has found that foreign parties enjoy a high success rate across the whole of the country. In cases that resulted in a verdict, foreign plaintiffs won 29 and lost just 8 – a conversion rate of about 78%.

But 24 other cases were withdrawn. It is hard to get a good read on what these presumed settlements mean. Chinese practitioners say that one reason for the high winning rate of all plaintiffs in China is that it often becomes clear during the course of a case if a plaintiff is unlikely to succeed – technical determinations made by judges’ assistants can be decisive. So we really cannot assume that the larger share of settlements will be on terms favourable to the plaintiff.

The full detailed analysis also reveals that for all their success at first instance, it is very rare for foreign entities – like their local peers – to overturn a decision on appeal. That raises the stakes considerably in patent battles at the Intermediate People’s Court level. Validity is another big piece of the equation, and Lui has produced figures on foreign parties’ appeals against SIPO which are not available anywhere else. 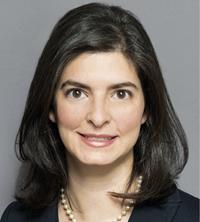