In patent terms there have been few tech M&A deals in recent years that have brought together stranger bedfellows than the combination of IBM and Red Hat. Big Blue is clearly tech's establishment figure - the one that pioneered modern IP licensing and which each year ensures it is the largest recipient of US grants (even if it does let a large chunk of those lapse).

It also remains a committed licensor. Recent litigation against Groupon over various e-commerce patents revealed that Amazon, Facebook and Google had each coughed up between $20 million and $50 million to a licence for those rights and others.

And as that lawsuit and ongoing actions against Zillow and Expedia show, the company remains more than prepared to fight its corner when it pursues alleged infringers for royalty payouts.

What's more, IBM is a regular seller of assets, doing deals over the years with a steady stream of IPO’ing tech companies and, more recently, with the likes of Pure Storage and Tencent. It is, in short, a master monetiser.

On the policy side, meanwhile, the company charts a careful course, speaking out recently in favour of 101 reform and cleaving to a DC brief that it would no doubt see as middle of the road but which many in Silicon Valley undoubtedly view as overly pro-patent.

Red Hat is, well, none of those things. As a champion of open source software, it views its portfolio in purely defensive terms, while its relationship with the patent world is perhaps best described as complicated.

In recent years it has gone on a buying splurge to fill in some gaps in its IP stockpile and to ward off potential assertion threats. It isn’t in the business of monetising its few thousand US patents, which makes sense when you consider that its business model is around offering premium services to an open source customer base not pursuing them for infringement claims.

In policy terms, Red Hat may be based in North Carolina, but is more on the Silicon Valley side of the equation. It is, for example, a member of the United for Patent Reform advocacy group which lobbied hard for the broad-based Innovation Act a few years ago. Many viewed that proposed legislation as an overt attempt to diminish patent rights.

So can the two co-exist or will one side’s IP approach have to bend to the other? There is already one area overlap - both are part of the Open Invention Network, the platform which looks to protect the Linux ecosystem from assertion threats. But there’s another network, the License on Transfer Network (LOT) that could provide the first test of the combined company’s IP future.

Red Hat was an early member of LOT, the collaborative platform which looks to diminish the threat from NPE assertions by stanching the flow of patents from operating companies to licensing entities. After IBM’s acquisition of Red Hat closed in early July Big Blue now has until the turn of the year to decide whether to sign up. The pace with which it has been selling assets of late suggests that it is planning to join and the company made clear when it announced its bid for Red Hat that it supported various IP-related initiatives including LOT.

As LOT CEO Ken Seddon made clear to IAM earlier this year, joining the network does not prevent monetisation efforts by a member company. But such are the encumbrances that membership potentially places on assets that it’s easy to see how they lose value should a member choose to sell on the secondary market.

With everything that is riding on this deal for IBM, which has viewed the Red Hat acquisition as a way to try to make up some ground on the leaders in the cloud space, its IP approach looks like being the one that ends up giving more ground. For Big Blue’s C-suite the transaction represents a $34 billion bet on the future and while the company could still cling on to its mantle as the US’s biggest patenter, its broader IP strategy might ultimately look a lot more like legacy Red Hat’s.

As we recently reported, according to one analysis, IBM is sitting on the world’s most valuable patent portfolio­. In a Red Hat world how it creates value from those assets is going to look very different. 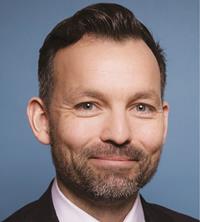