In the final excerpt from the latest IAM roundtable on the PTAB, Finnegan’s Joshua Goldberg, Ken Adamo from the Law Office of Kenneth R Adamo, Brent Babcock from Womble Bond Dickinson and Skiermont Derby’s Sarah Spires offer their insights into how practice might further evolve in the short to medium term.

Brent Babcock: The PTAB rules regarding discretionary denials (Sections 314(a) and 325(d)) remain key areas of uncertainty in practice before the board. While the PTAB has recently provided more precedential guidance in this regard, the ability for a given three-administrative patent judge panel to invoke (or not invoke) its discretion remains unpredictable. Given the front-loaded nature of a PTAB proceeding (including the significant fees and costs associated with preparing a detailed substantive petition and supporting expert declaration), the prospect of having a panel deny the petition on a discretionary basis – with no right to appeal that denial – is a daunting one for most petitioners, so further developments in this area of PTAB practice would be most welcome. In addition, the practical scope of inter partes review/post-grant review estoppel remains unclear in several respects. Now that we are nearing a decade of PTAB practice, we should expect to see more district court and Federal Circuit decisions that continue to develop the law governing the estoppel effects following a PTAB proceeding. Further, following the board’s revisions to the procedures for filing motions to amend in 2019, we saw a marked increase in the number of such motions filed by patent owners and we should be seeing the decisions on those motions this year. It will be interesting to evaluate whether the PTAB’s new procedures have resulted in more patent owners successfully obtaining amended claims. If not, then we should expect the PTAB to continue to develop new procedures in an effort to improve the success rate.

Sarah Spires: Petitioners can get creative, so I am sure that they will find new and creative ways to use the PTAB to their advantage. However, the PTAB has done a good job lately at responding to inequities in the process, as evidenced by its July 2019 Practice Guide Update, as well as its increase in precedential and informative decisions. Under the current leadership, I envision these trends continuing such that PTAB proceedings will continue to become more balanced between petitioners and patent owners. Most importantly, I believe that as the Precedential Opinion Panel continues to designate more opinions as precedential or informative, the PTAB process will become more predictable and as a result become a more comfortable and familiar – and for patent owners, less scary – option for all parties. I do not think that the PTAB is likely to achieve Congress’s goal of providing a cheaper, faster alternative to district court litigation any time soon, but how often are any of Congress’s goals actually realised?

Ken Adamo: There are a number of cases currently before the Federal Circuit and the US Supreme Court that have the potential to redefine some key features of PTAB trial practice. There have also been multiple attempts to amend the America Invents Act, specifically the provisions governing the PTAB, to reflect various lobbying efforts. These attempts have thus far been unsuccessful. At least in the short and medium term, it is appellate review that is most likely to shape PTAB trial practice.

Joshua Goldberg: In the short term, the PTAB is going 100% virtual because of covid-19. This will not be that big a change because many hearings already included remote judges. The medium term will likely be dictated by the next director. As we have seen in recent years, the director has significant authority to chart the course of the PTAB, which could grow even further as a result of the Supreme Court’s decision in Thryv, Inc v Click-To-Call Technologies and the Federal Circuit’s decision in Arthrex. While the next director might share Iancu’s views on how the PTAB should wield its discretion under Section 314, they might have a completely different take. It is entirely possible that the PTAB could stop issuing discretionary institution denials under a new director or that it could issue even more. I look forward to navigating the waters.

This is an extract from IAM’s Roundtable, which will be published in the next issue of IAM – available to subscribers in early June. 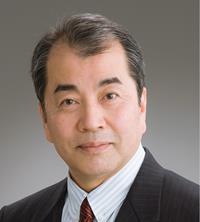