The USPTO passed up a “golden opportunity” with its Raytheon 10 millionth patent award, expert claims

The USPTO missed out on a significant chance to have a major impact with its choice for the 10 millionth patent, according to Matt Troyer, director of patent analytics at IP services provider Anaqua. “The news definitely made some noise,” he told IAM, “but this was a missed, one-of-a-kind opportunity to pay tribute to the acceleration of technology, celebrate 228 years of US innovation and pave the way for the next generation of inventors.”

Last Tuesday the office issued patent number 10 million to Raytheon’s Joseph Marron for a method of getting real-time readings from LADAR. But Troyer says that it should have used the chance “to honour one of its top clients, such as IBM, Google or Apple – all of which have received significantly more grants in 2018 compared to Raytheon”. What’s more, he argued, the grant should also have been for a patent representing a cornerstone technology, such as for 5G networks.

“Regarding what the office ultimately chose there was nothing wrong with the patent itself – and Joseph Marron is quite a prolific inventor – but this was a missed golden opportunity to recognise the most significant US patentees and inspire the next generation of inventors,” Troyer said.

Alternatively, said Troyer, the occasion could have been one to highlight the achievements of women in the field of invention, especially as this year’s World IP Day theme was the celebration of female innovation and creativity. “Only around 10% of patents are granted to women in the United States, so our country is practically operating at half its full potential,” he said. “It would have been a very thoughtful choice to have selected a patent that had involved a female inventor, attorney and/or examiner – then you could always have pointed to the 10 millionth patent in an age where we are trying to encourage more young women to join the STEM fields.”

While Troyer accepts that the USPTO would probably have been unable to hold back particularly suitable patents for the event, he argues that it nevertheless should have had some room for manoeuvre: “Even if it was just a coincidence that all the previous [millionth patent] honours were given to US companies, there was a huge pool of patents that the office could have picked from under normal conditions – on the day of the announcement just under 5,000 utility patents were granted. In any case, for such an important event it should have made special exceptions in terms of which patent to choose.”

However, a closer look at the Raytheon patent shows that the USPTO almost certainly did, in fact, put a great deal of thought into its decision. An analysis of the LADAR patent by Jim Adams, chief technology officer of IP Engineering Group, reveals that it appears to be possible to adapt the technology to self-driving vehicles: “Although it would likely add costs to the vehicles, safety is a primary consideration and this technology is central to detecting and ranging both other vehicles as well as fixed objects. It is applicable to both vehicle guidance and smart infrastructure installations to communicate between fixed points and vehicles today.” Indeed, this type of technology is already being implemented today. 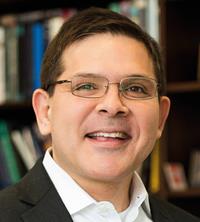