USPTO Director Iancu has powers to significantly reform PTAB processes unilaterally, but will he?

The speech given earlier this week by USPTO Director Andrei Iancu at the US Chamber of Commerce on the current state of the US patent system has quite rightly attracted a fair amount of press (you can see our take here). He returned to some familiar themes around increasing predictability in the system, but also stressed more explicitly than ever before that the system was at an “inflection point” and that the US could not continue down the same path if it was to maintain global economic leadership.

They were strong words, but where might the new man at the helm of the USPTO focus his attention in a way that brings about relatively rapid change?

Iancu has indicated that he would like to improve the examination process up front to narrow the gap between the prior art that is identified before a patent is granted and that which may be uncovered in a post-grant review several years down the line.

He would also like to focus on giving examiners better and more proactive guidance around patentable subject matter so that they are not merely waiting to interpret the latest decisions from the Supreme Court.

However, change in both of those areas may take years to come into effect. But that’s not the case with the other area that Iancu is likely to focus on — the Patent Trial and Appeal Board (PTAB). There the USPTO director can act in several areas, such as revisiting the standard for reviewing claims, giving him plenty of scope to address some of the familiar gripes about post-grant procedures.

With that in mind, it is worth recounting an exchange at the recent Washington DC LeadershIP event between Court of Appeals for the Federal Circuit Judge Kathleen O’Malley and former USPTO Director David Kappos. They were appearing on the first panel of the day, with O’Malley moderating. Given that Kappos was head of the USPTO when the AIA and then the rules for the PTAB were crafted, he has as good a sense as anyone of just what Iancu can do. Here’s how the exchange played out:

O’Malley: Let’s turn to the PTAB. Certainly we know that the issue of standing can only be fixed by Congress, the issue of the burden of proof can only be fixed by Congress because Congress put both of those in there, for whatever reason. I think most of us believe that barring a Supreme Court complete turnaround 101 can only be fixed by Congress, but as Paul [Michel] alluded to there are a lot of things that the PTO could do. The Supreme Court allowed the broadest reasonable interpretation but it allowed it as a not unreasonable exercise of the PTO’s rule-making authority so that’s something they could fix. But what about other things that the PTAB could fix? The biggest complaint really that I see in the cases that come up to us is not in the language of the AIA but in how it’s been implemented.

Kappos: The answer is we wrote the rules for the PTAB’s process at the PTO and everything we wrote can be changed. So you’re right Judge O’Malley, nearly all that is challenging and problematic about the post-grant system can be fixed. A bunch of it in essentially 60 days by director rule-making and the rest of it under notice and comment rule-making in about six months.

If you flashback to when we were setting up the PTAB, it was the first time in the history of the USPTO that the agency was being told “you’ve got to do some things and you’ve got to them on very strict timeframes”. And so we were going to be sure that we wired this thing up so that it could get its work done on time, because if there’s anything that gets noticed in Congress - that the public notices or that the media notices and would immediately come down on the agency - it would be if it flat-out fell on its face and failed to implement the timeframes in the AIA. So we wired up the system, which was extremely efficient, essentially making it hard to amend claims, as Judge Michel mentioned, by providing minimal timeframes.

Now flash forward to the present, here we are five years or so later and the PTO has done a wonderful job in timely implementing everything. I don’t think it’s missed a single date in all the thousands or procedures it has executed on. So the agency has proved it can implement in time.

The second part of the equation that most people are not aware of is that we promised our constituency back in 2011 and 2012 when we were writing the rules that we would quickly iterate on them because the view was we couldn’t get them right the first time – and, in fact, we were right, we couldn’t possible get them right. But what has happened is that that iteration didn’t occur.

Hopefully now that we have new leadership in the PTO they can quickly start the iterating process to flex on things that the agency can flex on while still meeting its timing requirements, and fix the balance of fairness backed by the STRONGER Patent Act, and then you can really have an excellent review system.

Also featuring on the LeadershIP panel was Jamie Simpson a staffer for Senator Chris Coons, who is the author of the STRONGER Patents Act which has proposed numerous changes to PTAB procedures (former CAFC Chief Judge Paul Michel was the fourth panellist). According to Simpson, of the 10 PTAB changes in the Act, seven could be implemented by Director Iancu. The question is: will he decide to do so? 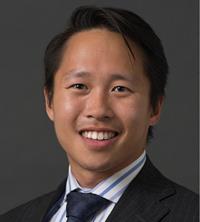