The US Chamber of Commerce’s annual IP index was released yesterday with an official launch reception at the organisation’s Washington DC HQ just a stone’s throw from the White House.

The fact that the world’s largest IP market dropped again on the relative strength of its patent system overshadowed the finding that overall the American IP infrastructure was once again lauded as the global leader. This year the US came in 12th in the patent rankings having fallen last year to joint 10th, a position it shared with Hungary.

In its analysis, the report aimed criticism at the uncertainty around patent eligible subject matter and the impact of inter partes reviews. Both areas have become the focus of much concern among some patent owners.

Here’s what it had to say on patent eligibility:

In 2017, interpretation of the recent Supreme Court decisions in Myriad, Mayo and Alice Corp v CLS Bank International by lower courts and guidance from the USPTO remained inconsistent and difficult to apply. There is considerable uncertainty for innovators and the legal community, as well as an overly cautious and restrictive approach to determining eligibility for patentable subject matter in areas such as biotech, business method and computer-implemented inventions. This seriously undermines the longstanding world-class innovation environment in the US and threatens the nation’s global competitiveness.

The critique of IPRs was similarly damning. “The opposition system in the US provides a channel for bad faith actors and injects a great deal of cost and uncertainty for patent owners compared with other post-grant opposition systems,” the report asserted.

That’s hardly a glittering review, but on the bright side, the US’s patent score did at least edge up, year-on-year, going from 7 to 7.25 and its drop in the rankings was in large part down to the fact that Ireland and the Netherlands - both of which featured in this year’s report for the first time - both made the top 10. Altogether eight European and three Asian countries are placed above the US.

It’s fair to say that despite the fall in the US’s patent ranking, the response from the collection of lawyers, lobbyist and policy experts who gathered at the Chamber’s HQ for the launch was something of a collective shrug. Many in the room were all too familiar with the recent problems around section 101 of the US patent statute (the part that deals with eligible subject matter) and the criticisms of the IPR process.

The Chamber’s IP index has undoubtedly become a cudgel for critics of the US patent system to drive home their point that changes need to be made to instill greater certainty into section 101, particularly in areas like medical diagnostics, and to address the concerns that IPR remains skewed against patent owners. That it has once again shown America’s decline relative to other leading IP jurisdictions underscores the size of the task facing the recently confirmed USPTO director Andrei Iancu. Restoring some faith in the US patent system may well feature prominently on his to-do list. 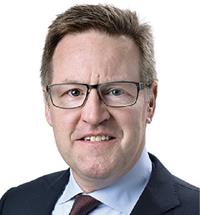