The US may not have a world class patent system, but its professionals are second to none

Reading a story in the Washington Post on Friday about the on-going controversy surrounding the USPTO’s teleworking scheme, I wondered again about a claim made recently by the agency’s director Michelle Lee that the US has a world class patent system. It was a line in a speech on 6th July in which she outlined why she supported further legislative reform:  “As I’ve said before, it’s important that these changes reduce the incentives for harmful litigation practices without undermining the strengths of our world-class patent system.”

First off, I asked myself, what is a world class patent system? Well, it’s always going to be subjective, but I’d say fundamentally having one is based on the issuance of high-quality rights, the handing down of consistent and reasonably predictable decisions by the courts, and the equal treatment of all patent owners. Relatively low costs are nice to have, but are not essential. One thing that is, however, is the very highest professional standards among lawyers, attorneys, judges and service providers – these have to be second to none. If I am right, though, the case for the US patent system being at the top of the tree is hard to sustain.

Looking at the very serious issues that Post article raises about the quality of the USPTO’s output the term “world class” does not come readily to mind. Instead, "could and should be doing a whole lot better" seems a more appropriate phrase – something Director Lee herself acknowledges, at least implicitly, through the Enhanced Quality Initiative. It’s an impression that’s reinforced when you look at the kill rate of patents and patent claims via the IPR and CBM proceedings at the Patent Trial and Appeal Board; these surely call into question standards applied in the original prosecution process. Then there are the findings of the most recent IAM benchmarking survey, in which 28% of corporate and 24% of private practice respondents rated the quality of the patents issued by the US Patent and Trademark Office as “adequate” or “poor”. That is certainly no cause for celebration.

Turning to consistency and predictability in litigation, things do not look that much better. Decisions from the Supreme Court have considerably muddied the waters on concepts as basic as obviousness and eligibility (again Lee has acknowledged this as an issue); while there are now instances emerging of the CAFC citing “common sense” to second guess decisions taken by judges, juries and the USPTO. What’s more, it is now accepted practice that companies with different business models are eligible for different kinds of remedy in cases where they do prevail. And, of course, on top of all this plaintiffs have to factor in the PTAB and the very real possibility that the USPTO will decide that it should not have granted the patents at suit (or important claims within them) in the first place. All these developments have caused nothing but uncertainty. Anecdotally, licensors of all kinds will tell you that, as a result, these days it is much harder to agree deals or even to renew existing ones. The demise of IPXI backs that point up.

Unfortunately, in 2015 the United States has a patent system in which only those with the very deepest pockets can hope to thrive, as well as one that positively encourages bad behaviours. There are the companies whose only strategy is to patent everything that moves; the trolls that harass everyone from mom and pop stores to big technology companies; the licensors that make demands based on absurd valuations that they must know cannot be agreed; and the alleged infringers which will not sit down to talk, but instead seek declaratory judgements of non-infringement and/or respond to any approach by saying, “Sue me”. By any objective standard, it is a mess. And it is not world class.

Thankfully, though, there is one area in which the US does still undoubtedly rank with the very best – and that is in the quality of its patent people. Two publications produced by IAM bear witness to that. In our annual Patent 1000 rankings, the pages dedicated to the US are by far the most extensive, demonstrating the breadth and depth of the legal talent pool that exists within the country. Likewise, the majority of individuals names in the IAM Strategy 300 – in both in-house and third party categories – are Americans. In the US, there is a level of patent expertise, of innovative thinking around patents, of a willingness to develop and roll out new patent-based business models, that simply does not exist elsewhere in the world. If the USPTO and the courts could match this, then the US would not just be world class, but would be in a class all of its own. But they can’t.

Instead, if you are looking for world class issuing authorities and courts, then you probably have to look to Europe. The EPO, and various national agencies too, certainly grant higher quality patents than the USPTO; while courts in jurisdictions such as Germany, the UK and France can be approached with a lot more certainty than either the district courts or the CAFC on the other side of the Atlantic. As this blog has stated, that could be a major opportunity for Europe.

Should members of the US government genuinely believe the country's patent system is world class and legislators do truly think that it is the envy of the world, then they are wrong. Perhaps even just a few years ago, it may have been possible to make such claims, but not anymore. In too many ways these days, there is dysfunction, doubt and inconsistency; and that is not just not good enough - not when you think what the first 220 years or so of its patent system helped the US achieve and share with the rest of the world. Complacency and a false sense of standing is not going to help put things right. Instead, the truth must be told and those able to make the necessary improvements need to hear it. Only then can there be progress.

However, a very happy ending to all this is perfectly possible. With recognition of the real problems plaguing the US patent system, the situation could actually change pretty quickly. The USPTO can be reformed and the level of its output improved - an important first-step being the permanent, legislated end to the possibility of fee diversion. Likewise, the Supreme Court justices could decide to take cases that would enable them to hand down decisions that clear much of the fog they have helped to create; while legislators could begin to understand that making life tough for genuine trolls does not necessitate curtailing even further the practical possibility of start-ups, SMEs and single inventors asserting their rights to protect their interests.

Were these things to happen, it would change everything. After all, it is much easier and quicker to build a world class patent infrastructure than it is to develop the world class talent needed to use it to maximum effect. While the US no longer sets the institutional and legal standards others aspire to follow, it does have the people to take advantage should the will ever develop to claw back the global patent lead that American courts and legislators have so carelessly given away. 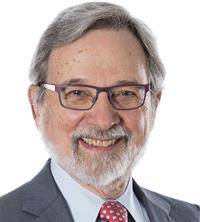