The UK’s announcement on 26th April – World IP Day – that it had ratified the agreement creating the Unified Patent Court caught many off-guard. With Brexit now less than a year away and a delay to Germany's accession caused by a complaint in front of the country’s constitutional court, the smart money had largely been on the British government adopting a wait and see strategy, and tying any membership in with a wider negotiation about the UK’s future relationship with the EU27.

What’s more, a lot of commentators and observers struggled with how membership of the UPC is compatible with the stated Brexit aim of “taking back control”, when essentially signing up to a European patent litigation system does exactly the opposite. After all, under the UPC it is perfectly possible that we will see a court in Germany hearing a case in German deciding in favour of a German patent holder against a British defendant and issuing an injunction preventing the British company selling or distributing products containing the infringing patent in the UK.

Up to now, this has never been the case; so instead of strengthening British sovereignty, signing up to the UPC looks very much like giving it away. To coin a phrase so beloved of this country’s Eurosceptic politicians and newspapers, how is that not a betrayal of one of the basic Brexit principles?

Given that, there has to be more to the story than meets the eye. And there is - as I found out when I got in touch with Alan Johnson, a partner at Bristows who has followed the UPC debate extremely closely, to get his views. First of all, I put the litigation and injunction scenario described above to him.

“It is not just possible, but inevitable,” he said, “not just with unitary patents but with conventional European patents not opted out of the UPC system.  But as someone said on Twitter this morning, there is just one true UPC, and although in your example it’s a court in Germany, it’s not a German court – it’s a German branch of an international court to which the UK is a party.”

Johnson explained that “international” here does not mean EU for two reasons: first, because it does not cover all of the EU (Spain, for example, has decided to play no part for now); and, second, because the UK has said it will be a party to the system, despite not being in the EU – and maybe in the future other non-EU states will be able to join too.

Just as important, he continued, the system is balanced: “The London division can find a UK patent holder’s family of European (or unitary) patents valid and infringed, and can grant an injunction against a German company.  One way of putting this is that in an essentially international patent system of which the UK was a founder member [the European Patent Convention system] we have decided we want an international litigation system too.”

This desire is nothing to do with the EU, Johnson stated: “You can hate the EU, and really hate the Court of Justice of the European Union (CJEU), but still love the UPC.  The fact that the UPC comes with a small CJEU involvement is frankly a pity, and if the CJEU had more power, maybe the position would be different.”

It’s important to remember, Johnson said, that then UK prime minister David Cameron insisted that infringement provisions were taken out of the Unitary Patent Regulation so that the CJEU would not have the power to determine questions on the law of infringement.

“This came at the absolute insistence of UK users – a red line,” Johnson noted. “We won the day on that as well as with our insistence on a slice of the central division. In fact, I suspect that at least a good number of other countries are relieved that the CJEU’s power was not expanded for reasons entirely unconnected with EU politics, as opposed to questions of expertise and Delphic judgments.  So overall the limited CJEU influence is a small price to pay for an overall better international system.”

What’s more, Johnson concluded, you can view the UPC as the UK’s delegated national court for European patents, and equally all other members’ national court for European patents, in the same way that the EPO is the UK’s patent office and everyone else’s too: “Do we have a problem with a German or French examiner being responsible for examining (and often refusing) potential UK patent rights, and the EPO’s Opposition Division revoking them post-grant even after the UK court has held them as valid? Apparently not.”

Now, from a legal perspective I am sure that all makes perfect sense. But however right such arguments may be in the calm, measured world of internaitonal law, the journalist in me goes back to that British company being injuncted in the UK by German judges in Germany and how it might play out in a mainstream British media not known for its sense of nuance or interest in hard fact.

What I see are headlines about plucky British companies, unaccountable judges, wicked foreigners, fury, elites and demands for action; all this followed by an under-pressure government making damaging, knee-jerk decisions. Yes, reader, hard though it may be to believe, there have been times in the past when this has happened in our cradle of democracy.

But maybe I am wrong, because here’s the thing: the Eurosceptics did try to make an issue of the UPC before the last general election. It was given the full treatment in the Daily Express and a UKIP MP in the House of Commons (he has subsequently lost his seat) tabled a motion inviting his Parliamentary colleagues to rise-up with him in fury at the government’s plan to let foreign people have a say in policing patents. He was completely ignored. It turns out - surprise, surprise - that the British public and their elected representatives are not that bothered about such issues; and that has cleared the way for the government to do what it did last Thursday.

In fact, when you think about it, there are an awful lot of other things, too, that neither politicians nor the voting public care that much about on a day-to-day basis. It could just be that UPC ratification is a sign of how a lot of other very important – but technical – issues might play out in and around the Brexit negotiations: behind all the soundbites and rows, not much at all will change.

I will leave it to others to decide for themselves whether that makes the whole exercise a wonderful expression of independence and the start of a new, global Britain; or a complete and utter waste of time that will end up making the UK slightly worse off, a rule-taker rather than a rule-maker and a lot less influential than it was before. As for me, I am just counting down the days until I get my blue passport! 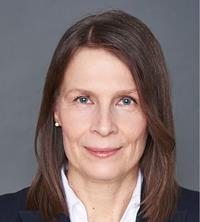