This blog has been amended to reflect the fact that the Court of Justice of the European Union will not be the final court of appeal in UPC cases, but instead will in certain circumstances be asked by the UPC to offer guidance on the interpretation of EU law (with thanks to Wouter Pors of Bird & Bird in Amsterdam).

The UK has announced that it will ratify the agreement creating the Unified Patent Court which will introduce a unitary patent and a single patent litigation system to Europe. The news comes despite the decision of the British electorate to vote to leave the European Union taken in the membership referendum that was held on 23rd June. With ratification from the UK and Germany the only things standing in the way of the UPC coming into being, it is now likely that the system will be up and running sometime in 2017.

However, the process may be slowed slightly because there is a strong chance that safeguards will have to be inserted into the current agreement in order to establish that the UK will remain part of the unitary regime even after it has quit the European Union, most likely in 2019 or 2020. Without such safeguards it is unlikely that the UPC will get full buy-in from industry – especially in the UK.

The announcement from the UK will catch many people by surprise, as one of the key messages of the Leave side in the Brexit referendum was that withdrawing from the EU would allow the UK to “take back sovereignty”. Although today’s government announcement notes that the “UPC itself is not an EU institution, it is an international patent court”, it is undoubtedly the case that being a part of the UPC does the opposite of repatriating sovereignty from Europe to the UK.

Not only will courts based outside the UK for the first time have the right to decide whether patents granted to cover the UK are valid and infringed, but the Court of Justice of the European Union will be providing guidance on the interpretation of EU law when questions are referred to it by the UPC (though it cannot decide a case and once the guidance is offered it would be down to the UPC to apply that). A highly likely future scenario is that British patent owners with rights covering the UK will find those rights invalidated without a British court or judge ever having a say on the matter.

For dyed-in-the-wool anti-Europeans in the UK that will prove to be a very bitter pill to swallow. However, as ratification already has Parliamentary approval, there is little in practical terms that those opposing the deal can do. The one hope might be to seek to create a “betrayal” narrative in the Eurosceptic British press to build pressure on the government to change its mind. But patents are not exactly high profile, so it may well be that the anti-Brussels brigade seeks to fight any battles it deems necessary elsewhere.

The decision to ratify may well signal that despite the bellicose rhetoric coming from some of its MPs and supporters in the media, the UK government is keen to ensure a softer rather than a harder Brexit - one that looks more like the kind of arrangement the Swiss or Norwegians have with the EU, rather than a relationship that is based on WTO trading terms. It is undoubtedly the case that in deciding to ratify the UPC agreement, the UK governmemt will have won for itself a fair amount of goodwill across Europe and given the negotiations to come that cannot be a bad thing.

For UK patent law and attorney firms – many of which have invested substantial sums of money in promoting the UPC – today’s news will come as a huge relief. If the UK had decided not to ratify they would have been excluded from representing clients in UPC-related matters. Many in the rest of Europe and elsewhere will also welcome the fact that the long-established patent law expertise of both UK practitioners and judges will be a resource that the UPC system can call on. After looking unlikely in the aftermath of the Brexit vote, the life sciences central division of the UPC now seems certain to be based in London, too.

More important than all this, though, is that with the UK’s participation the UPC will be a far more attractive proposition for business (as long as the UK’s post-Brexit position is clarified).  Covering a population well in excess of 400 million, four G8 economies, and with a GDP that comes close to matching the US’s, the UPC is likely to become a major patent jurisdiction very quickly.

In fact, given the relatively low cost of litigating within the system, the expertise of the judges, the speed with which a case can be heard and the likely availability of injunctions at the end of the process for a successful plaintiff, combined with the increasingly anti-patent owner environment in the US, it is very possible that Europe could soon find itself as the number one global patent litigation centre. That has major implications going way beyond patents.

No doubt there will be more information supplied about the way forward from here on in, but the bottom line is this: the arrival of the UPC system is now in all likelihood months rather than years away. If you decided to postpone your preparations after the Brexit vote, or never got round to beginning them, you had better get busy right now. If you don’t, there could well be trouble ahead. 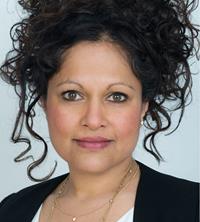