As the fallout from covid continues, the two IP superpowers offer different messages

It may be some time before we know the full impact of the covid-19 pandemic and the knock-on economic effects on the global patent system, particularly when it comes to new patent filings. But this summer we received the first early indications from two of the world’s biggest IP powerhouses, which offered two very different messages.

In June USPTO Director Andrei Iancu wrote to a group of US legislators warning them of a drop in revenues from patent filings and other fees in light of the pandemic.

The office’s own numbers revealed a fall of 3.7% in April year on year, in what it referred to as serialised utility, plant and reissue filings. There was also a decrease of 3.8% in the first two weeks of May year on year.

That drop-off in May, Iancu wrote, equated to daily patent fee collections of $11.8 million, which was 7% lower than the projected $12.7 million per day. “These trends are troubling and the current economic uncertainty could lead us to revise FY 2020 and FY 2021 revenue estimates further downward,” Iancu warned, referring to the agency’s fiscal years.

The gloomy budgetary picture came in a letter to senior members of the judiciary committees in the House of Representatives and the Senate, including Senators Tillis and Coons, who have generally been the most active on IP matters. In April the legislators asked Iancu for an update on the general state of play at the USPTO, including the office’s transition to full-time telework, cost-saving measures and fee collections from patent and trademark filings.

The picture was even more troubling on the trademark front, where the fall in fee collections has been more immediate and even steeper. Iancu pointed out that there is often a lag in patent activity when the economy enters a downturn, but said that the agency was taking steps to soften the blow of falling revenues.

“The USPTO is proactively conducting multiple revenue assessments and contingency plans to compensate for anticipated lower revenues,” he wrote.

Based on preliminary data, the patent operating reserve stood at $356 million as of the end of May. That would give the agency enough resources to fund patent operations for approximately six weeks in the absence of additional fee collections.

However, underlining the potential seriousness of the situation, Iancu then added: “A prolonged economic downturn could force us to draw down the reserve below our published minimum of $300 million to unsustainable levels, which is less than four weeks of operations funding.”

According to the letter, the USPTO has already adopted some cost-saving measures through delayed patent and trademark hiring; it added that the office is currently resetting its “hiring and spending plans for patents and trademarks for FY 2021 to address the continued anticipated lower application filings and fee collections”. In a warning that will no doubt resonate with applicants everywhere, Iancu continued: “Of course, reduced hiring impacts pendency of applications.”

As he detailed the efforts that the agency had taken to support applicants during the covid-19 crisis, Iancu concluded that “additional funds may be needed to supplement the USPTO’s internal reserves and support operations”.

While the impact of the virus has so far been severe, it is not yet clear just how damaging it will be in the long term. Although the USPTO generates its revenues from a wide range of applicants, as IAM revealed in May, a relatively small group of large multinationals account for a huge chunk of its fee collections (as they do at most of the larger IP offices).

A lot may depend on how those businesses now respond and whether they make sharp reductions in their IP budgets. Any cuts would hand the USPTO and Iancu, or his replacement – should he step down at the end of President Trump’s current term – a significant challenge to address.

After a sharp decline in February applications, it was revealed in June that the China National IP Administration (CNIPA) was back on pace to a year-on-year increase in patent filings. Although the figures were encouraging, top patent agents said that the summer months would likely provide a clearer picture of how covid-19 has affected innovation activity in China and whether IP budgets could become a casualty of economic pressures.

In May national news agency Xinhua trumpeted a “V-shaped rebound” after April brought a near 8% year-on-year increase in invention patent filings. May was even better  as new invention applications grew by 12% over last year’s haul to 114,854.

According to a CNIPA statement: “The sharp turnaround shows that market entities have fostered innovation to improve their ability to respond to the epidemic.” That is not necessarily a satisfactory explanation for the uptick, but it does indicate that top CNIPA officials are feeling confident. What is more, if they do have budgetary concerns, they do not have to air them publicly to legislators in the same way that the USPTO head does.

Even without the covid-19 pandemic, an increase in Chinese patent filings would have been significant news, given that last year the country recorded a decline in applications for the first time in more than two decades. It would suggest that China has not yet hit peak patent activity.

Top patent prosecution firms in Beijing have estimated that it takes between two and six months to draft and file an average application from a domestic client. One patent agent added that as a former in-house counsel, she estimated that many innovations take around two months to become a fully formed invention disclosure.

Therefore, even combining the most aggressive estimates for a total lag time of four months suggests that a good portion of the inventions recorded by the CNIPA as applications in May could have been developed in January or earlier, prior to lockdown. At the time, this implied that although the numbers were promising, more time is needed to get a handle on how covid-19 has affected R&D.

Then, in July, we received further confirmation that when it comes to patent filings, Chinese companies appeared to be shrugging off the covid-19 outbreak and subsequent economic uncertainties. Business as usual was a key message presented at the CNIPA press conference to mark the close of the first half of 2020.

CNIPA spokesperson Hu Wenhui said that the resilience of all IP filings (trademark applications also increased year on year) showed that China’s main market players had “actively responded to the epidemic and accelerated the resumption of production”.

The administration named three companies leading the way: Huawei, Oppo and panel maker BOE. Both smartphone companies filed more applications in the first half of 2020 than the previous year – although state-owned oil company Sinopec appears to have curtailed its filings, as it failed to get a mention. Of course, it is well known that Huawei, Oppo and BOE are all active participants in the patent market and all ship their products worldwide. It could be that the big state-owned entities and the more global tech players are taking their patent strategies in different directions.

The number of outbound Patent Cooperation Treaty (PCT) applications received by the CNIPA increased significantly. Chinese companies’ use of the PCT rose by 20% from January to June. Ge Shu, head of the CNIPA’s strategic planning department, remarked that: “In the face of the changes in the situation brought about by the impact of the epidemic, Chinese enterprises still have confidence in their prospects in foreign markets.”

No Chinese corporation faces greater barriers overseas than Huawei, yet so far the company’s patent strategy appears to be unchanged by recent commercial setbacks. As China’s biggest domestic filer and top PCT applicant, Huawei will have been a big contributor to the country’s stable level of patent output. That is likely to continue, given how central patents and innovation are to the story that the company is telling itself and an increasingly hostile foreign audience.

One interesting statistic highlighted by CNIPA officials was the number of unique patent applicants. According to the report, around 229,000 domestic companies applied for patents during the first half of the year, whereas in 2019 that figure was less than 200,000.

If any work area seems to have been slowed by the pandemic, it is enforcement and litigation. The CNIPA and its local offices across the country have carried out about 18% less adjudication of administrative patent infringement disputes so far this year. Requests for patent invalidation – which could be seen as a proxy for litigation and licensing disputes – also declined from 2,800 in 2019 to 2,600 in 2020.

That is in contrast to the United States, where an increase in new patent lawsuits in the second quarter of 2020 has added to the growing evidence that the assertion climate is improving for rights holders in the country. But that does not matter as much to a USPTO that relies on a big chunk of the fees generated by patent filings for its smooth running.

With covid-19 still wreaking havoc in the United States in mid-summer, these numbers are by no means the end of the story, but they do add fuel to China’s ascendancy in the global IP pecking order. 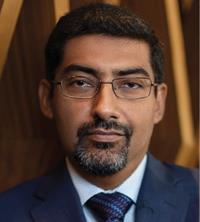