In what will widely be considered as a blow to patent owners, the Supreme Court of the US (SCOTUS) this morning declined to overhaul two key tenets of the post-issuance review proceedings, leaving the broadest reasonable claim interpretation intact and ruling that review decisions were not appealable.

The Court’s decision in Cuozzo v Lee had been much anticipated by US patent owners, many of whom have seen their patents challenged and claims invalidated in inter partes reviews (IPR) over the last four years. The initial zeal with which the Patent Trial and Appeal Board had knocked out patent claims led former Chief Judge Rader of the Court of Appeals for the Federal (CAFC) to christen the new tribunals patent death squads.

While designed by the authors of the America Invents Act (AIA) to give third parties an efficient way of challenging a patent’s validity, IPRs and covered business method reviews (CBMs) have lengthened the litigation process for most plaintiffs and driven up the overall cost of litigation. The vast majority of plaintiffs in an infringement case can now expect at least one challenge of their patent to be filed with the concurrent district court litigation typically stayed while the review unfolds. For many external observers the reviews have confirmed American courts’ status as the domain of the richest companies.

Today’s decision will disappoint those who have been arguing that the pendulum around patent rights in the US has been swinging back in favour of IP owners. SCOTUS’s recent judgment in Halo and Stryker over enhanced damages for willful infringement and the CAFC’s ruling in Enfish, regarding software patents, were both seen as examples of the pendulum shifting towards stronger patent rights.

The judgment can also be seen as something of a surprise, as consensus inside the patent community was that SCOTUS would make at least some changes to the current regime; a view that was reinforced following the line that several of the justices – most notably Chief Justice Roberts – took during the oral hearing earlier this year. A lot of people had invested a lot of hope in the Supreme Court siding with patent owners in Cuozzo. But that has not happened. Instead, the current PTAB regime is now a confirmed part of the patent litigation scene in the US, adding ongoing uncertainty and expense to all those looking to assert their rights. Deep pocket defendants will be particularly pleased at the outcome.

With its decisions in a string of patent cases over the last decade SCOTUS has been one of the key players in weakening the rights of US patent owners. With many in the IP community hoping for a very different result, today’s Cuozzo decision will be added to that list alongside the likes of eBay and Alice. 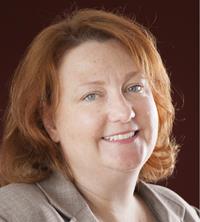