The number of oppositions proceedings at the European Patent Office is on the rise – with numbers for 2017 exceeding anything that has previously been seen. But while some may point to this indicating a decline in the quality of grants at the office, the actual explanation looks to be a lot more prosaic: the EPO is granting more patents than ever before, and the number of oppositions is rising in line with this.

At UK patent attorney firm Haseltine Lake they keep a close eye on EPO oppositions – and produce a quarterly newsletter about the subject. Following is a summary put together by partner James Ward of recent developments.

Typically, if EP patents are opposed, they are opposed at the end of the nine-month EPO opposition term. The number of EP patents opposed each quarter correlates well with the number of patents granted nine months (three quarter-years) earlier. After a fall in the first quarter of 2017, patent grants increased again in the subsequent quarters of that year.  This suggests we may see a further increase in oppositions filed in 2018.

Some patents attracted multiple oppositions, with six patents each receiving 10 or more oppositions.

Each patent is classified according to the International Patent Classification (IPC), often being assigned to more than one IPC category (subclass, main group, subgroup). The patent will, however, have a lead or first IPC category which we take to be the most overall relevant for the invention concerned. Considering lead IPC subclasses, the patents opposed in 2017 were spread across about 400 subclasses. Around 850 opposed patents – almost 25% of all opposed patents – belonged to the top 10 lead subclasses:

The patents opposed in 2017 were subject to around 4,500 oppositions, an average of 1.25 oppositions per opposed patent.

Some opponents are “straw man” opponents, ie parties that file oppositions on behalf of others. In general, this is not considered to offend against EPO rules, though it is not always permissible.

There are many reasons why the other parties, the principals, might wish to conceal their identities and act through “straw men”. For instance, a principal may wish to conceal its interest in a particular patent or technology from a competitor (which might be the patent proprietor, another opponent or an interested party who may be watching the EPO register for opposition cases). A principal may wish to avoid direct and public confrontation with the patent proprietor in order to preserve an existing trading relationship or some other form of ongoing commercial collaboration or negotiation.

Of course it is not possible to identify “hidden” straw men but it seems that approaching 200 more or less overt straw men (eg, individual patent attorneys, patent attorney firms, law firms) were opponents in 2017 and filed over 400 oppositions - not far short of 10% of all 2017 oppositions. 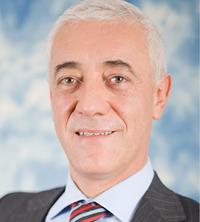