The inaugural IP Software Summit, which was hosted by IAM in San Francisco yesterday, explored the at times complex interactions involving the world’s largest software companies and the IP system. With the relationship between open source and proprietary software platforms one of the themes of the day, members of both communities were well represented in a number of sessions that focused on how two very different approaches to software development can co-exist.

But it was on the final panel of the day where one question got to the heart of the matter. “Is the general perception that Silicon Valley is anti-patent correct?” asked the moderator, Michelle Holoubek of Sterne Kessler Goldstein & Fox. With representatives from Google, Adobe and Uber on hand, the Valley was certainly well represented to answer the question.

“It’s a false narrative, it’s not that Silicon Valley hates the patent system,” insisted John La Barre, head of patent transactions at Google. “In my experience at Google we value strong patents, we just have an opinionated sense of what that means. It’s a question of what does a strong patent system look like, not do we think we need a strong patent system.” La Barre added that meant the search giant supported improvements in patent quality and attempts to reduce litigation.

Uber’s Kurt Brasch, who has also done stints at Google and Motorola, added that Silicon Valley struggles with a patent system that doesn’t differentiate between very different technologies, such as those related to the wireless space and an innovation related to a smartphone app. For his part, Dana Rao, vice president of IP and litigation at Adobe, claimed that one recent problem stemmed from the fact that some software grants were more open to abuse than other types of filings. “It can be abused more easily in the patent system because you can describe things very vaguely and cover things you didn’t invent,” he commented.

But while the Valley may insist that it’s not anti-patent, many of its biggest oplayers have been among the most vocal champions of the recent changes in the US patent system that are deeply unpopular with some sectors relating to, for example, inter partes reviews (IPR) and patentable subject matter. However, several panellists during the day insisted that when it comes to section 101, the part of the patent statute that governs eligible subject matter, the law is moving in the right direction.

“If you look at decisions from the Federal Circuit, such as Enfish, McRO and Amdocs, I believe that there is a strong convergence between the US and Europe,” Dan Lang, vice president of IP at Cisco, commented. “These decisions and follow-up ones from the PTAB move us more to interpreting Alice as looking for a technical solution to a  technical problem and that’s not a bad place to end up.” Lang added that this also made legislation around 101 unnecessary, despite a growing consensus that the issue does need Congressional attention.

Marcia Chang, managing director of IP sales and licensing at Hewlett Packard Enterprise, also stressed that despite the cloud cast over software patentability by the Supreme Court’s Alice decision, filings were still patent eligible if they focused on the technical aspect of an invention. “Anything that arises in a technical context and is a tech solution to a tech problem is patentable,” she insisted. In a comment that was supported by many in the room, Chang claimed that recent changes represented a welcome course correction for the US patent system as it weeded out some of the poorest quality patents that had been granted over the last 20 years.

But not everyone agreed. It was left to former USPTO Director Todd Dickinson, now a partner at Polsinelli, to point out that the Valley’s affection for where the law on 101 is moving is not shared by everyone in the IP stakeholder community. “It really depends where you sit,” he remarked, before revealing that there was a “generalised sense out there” that the USPTO is still struggling with the application of Alice. Dickinson also rebuffed some of the claims that the Valley was simply interested in patent quality, and claimed that its support for the creation of a “patent troll meme” had much to do with the weakening of the US system. As yesterday’s discussions showed, there’s still much that divides part of the software community from the rest of the patent-owning market. 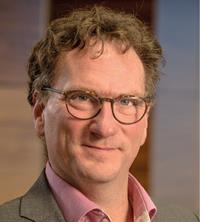