There are few people who have been as close to patent reform in the US over the last decade as Aaron Cooper. For more than seven years Cooper worked for Senator Patrick Leahy on the Senate Judiciary Committee where he was the committee’s chief counsel for IP and antitrust law. While on the Hill, he was closely involved in the development of the America Invents Act and in the early stages in the current round of reform.

With the new Congress under way in Washington DC, the IAM blog caught up with Cooper to talk to him about the need for new legislation, what it might comprise and whether anything will be passed. Now an of counsel with law firm Covington & Burling, which he joined at the end of 2013, Cooper has a distinctly optimistic view of the legislative process.

In the first of a two-part interview (part two will be published tomorrow), Cooper addresses the case for reform, how the context has changed over the last year and what the middle ground in this debate looks like.

Do you think something does need to change, is reform needed?

I think there is abusive litigation.

But we don’t know how much…

We don’t know how much, right. I tend to look at these issues not in terms of how much litigation is there now compared with five or 10 years ago, because I can spin those numbers to make either policy argument, but more about whether the way the statute is set up enables abuse. And if it does, can we address that abuse without causing other problems? If addressing abuse causes other problems, do those other problems outweigh current problems?

I think that there is definitely room for legislation that minimises the unintended consequences and makes abusive litigation more difficult.  You can’t prevent all misuse of patents – people will send demand letters they shouldn’t send and file suits and use the discovery process in ways they shouldn’t; you can’t solve everything. But if Congress can get legislation to a place where it is going to help reduce abusive litigation, that’s progress; and if you can do that in a way that minimises the impact on other industries, that’s what you’re looking for because that is the dynamic that is needed to turn a bill into a law - and only a law will provide relief for those subject to abuse.

Despite all the changes from the Octane and Highmark decisions, from the Judicial Conference on heightened pleading requirements and some of the action around customer stay in the courts, there’s still a role for Congress to play in both flagging the issue for district courts, which might not otherwise be focused on it, but also in implementing specific policy changes.

One issue that people who are sceptical of reform raise is that when you look at what is proposed by the pro-legislation camp, they’re proposing five or six changes that are essentially getting at the same thing and actually if you introduce one or two of those elements you can stop abusive litigation, not completely, but you can go a long way.

Some companies would come in and say that if Congress could solve fee-shifting, that’s what we need. Another would say, we don’t care about fee-shifting, but the amount of discovery that we have to go through that is not related to whether the patent is valid is ridiculous and we end of up settling because of that. And then you have a third that says the problem is that all a plaintiff needs to do is file a piece of paper saying I have a patent and you’ve infringed and they know we’ll settle for hundreds of thousands of dollars.

So they each have different ‘number one’ priorities, and it is difficult for Congress to limit its inquiry when members are hearing all those different things, which is why you see so many different issues covered. But I also think all of those issues can, in certain situations, be part of the way that bad actors abuse the system.  And if Congress can address some of those issues in a consensus manner, the patent system will be better for it.

I continue to believe that the better Congress can make the system, the better it is for everybody from the patent licensor side to the user side. The user gets better protections, and the patent holder doesn’t have to worry as much about the negative light that’s cast over the entire system that’s making their high-quality patents harder to enforce.

Staying on the reform-sceptic side of the argument some claim that this isn’t about abusive litigation, but that several large tech companies are looking at change as a way of weakening patent rights. With all the competing interests how do you get to a point where all sides  say ok this looks good?

The patent legislative debate is never a two-dimensional world of supporters and opponents.  There are various interests on both the side supporting legislation and the side opposing legislation and, importantly, a big middle set of companies that see some value in some changes and some harm from other changes. It’s multi-dimensional chess, but I think that in each camp you have enough reasonable players.

I expect that there are companies that fully support the Innovation Act and related legislation, but that also recognise that if you try to impose restrictions on litigation that are too aggressive, it will have real unintended consequences that are knowable - and that there are probably good compromises to make that will improve the system, even if they don’t completely prevent all misuse of patents.

And on the other side there will be companies that recognise that there are some abusive tactics being used by some bad actors, and if they can be helpful in reaching a compromise - and be part of the reasonable middle that helped get the AIA enacted - then they can address the legitimate concerns that are being raised by, for instance, a coffee shop that is being sued for using a router, but that doesn’t completely upend the system.

I think the goal for members of Congress – and a lot of these members went through the AIA so have been through this process and did a terrific job at being able to bridge those gaps – is to find enough of the reasonable pro-reform companies and reasonable anti-reform companies, for want of a better term, and keep that set of companies in the middle that see themselves on both sides of these issues and find a consensus among them. They have to do their best to address the legitimate concerns that the pro-reform side has with the current system and try to minimise the unintended consequences in order to build as large a coalition of supporters, or at least companies who say, “we don’t have concerns with this, it doesn’t help us but we understand that it helps the system”.

But what do you think is the sensible middle ground? What does that legislation look like?

On each of the main provisions that are under discussion, it means giving enough discretion to the courts to fashion the right relief and trusting district courts to manage their docket; but, whether we’re talking about pleadings or fee shifting or customer stay, making sure that there’s enough of a push from Congress that courts will be looking for cases where the suit is really just a misuse of a patent.

But if you’re sceptical about reform don’t you just turn around and say, “hang on a minute, a lot of what we’re talking about the courts have the power to do already”– fee-shifting following the Supreme Court’s Octane decision, heightened pleading requirements from the Judicial Conference – there are moves here, a bit like the AIA, where the judiciary is getting out ahead so what’s the point of Congress getting involved?

So I think there are a lot of areas where the courts and the Judicial Conference have moved things in a direction that most industry groups on all sides think is productive. There are exceptions to that, I don’t think all cases fall into that category, but the Federal Circuit, for instance, recently issued a mandamus order to protect a customer. Mandamus orders are very unusual, and it demonstrates that the courts are responding to the concerns that are playing out in Congress.

But that doesn’t mean that there isn’t a role for Congress - Congress sets the policy.

It’s not that the district courts don’t have discretion to address abusive litigation, but one of the things that Congress can do by providing more guidance to courts is to make it more likely that district courts will prevent abusive tactics, and that should work well for everybody who really cares about the system.

I think that even for companies that do not support some of the current proposals, it’s in their interests to help find a solution.  Most of these companies are legitimate players in the system - they’re not using abusive litigation tactics and if they could get the legislation moving in a way where they were comfortable that they could enforce their patent rights when they need to it would help everyone. If you remove some of the abusive litigation, you instill more confidence in the system; and when you instill more confidence in the system, people respect the patent system more and the value of the patents increases.

When you have all the attention on low quality patents being used in abusive ways, it’s more likely you’re going to find courts holding patents invalid and it’s more likely you’re going to find the PTO finding applications not patentable. So having more confidence in the system by having higher quality patents helps across the board, and the more you can do to cut down on abusive litigation the better everyone should be on both sides of the debate. 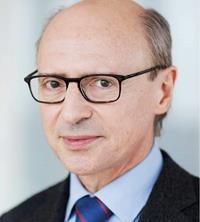