Ramzi has the perfect blend of technology savvy, business leadership and innovation experience to head our cutting-edge technologies business… With Ramzi at the head of the world-class Nokia Technologies team and our continuing investment in advanced research and development, we are well-positioned to drive the innovation and licensing business needed to move us closer to our goal of technology leadership in a world where everyone and everything is connected.

Rajeev Suri, president and chief executive officer of Nokia, commenting on the appointment of Ramzi Haidamus as the new president of the company’s technologies business, July 24

There’ll be patents taken out with IPRs, but we’re going to win a lot of these IPRs. And when we win a lot of these IPRs, we expect, and we’re pretty sure the valuation of those patents is going to soar. And we say this because, one, the law’s pretty clear. Once you win an IPR, all those defenses, those pieces of prior art that you would have normally used in the trial are now not going to be in play. And so, you’re effectively making someone fight at trial without an invalidity play, and that is a much, much harder proposition than people would think. That doesn’t mean that the odds drop by 50% in terms of a successful defense. They drop by more, in my opinion.

Alcatel-Lucent has announced today the appointment of Mrs. Laura G. Quatela as Executive Vice-President of Intellectual Property … Reporting to Alcatel-Lucent CEO Michel Combes, Mrs. Quatela will hold executive responsibility for leading the company’s program to monetize its substantial portfolio of patents. In this role, Mrs. Quatela will remain associated with – and will be able to leverage – the competencies of her consulting practice, Quatela Lynch Intellectual Property.

On Friday Microsoft filed legal action against Samsung in U.S. District Court, Southern District of New York. Today’s legal action is simply to enforce our contract with Samsung … We don’t take lightly filing a legal action, especially against a company with which we’ve enjoyed a long and productive partnership. Unfortunately, even partners sometimes disagree. After spending months trying to resolve our disagreement, Samsung has made clear in a series of letters and discussions that we have a fundamental disagreement as to the meaning of our contract.

Extract from an article written by Microsoft’s corporate vice president and deputy general counsel David Howard and published on the Microsoft on the Issues blog, August 1

Apple and Samsung have agreed to drop all litigation between the two companies outside the United States … This agreement does not involve any licensing arrangements, and the companies are continuing to pursue the existing cases in US courts.

Today, Intellectual Ventures announced a global workforce reduction of 19 percent. We are making operational changes that are consistent with this reduction and will enable us to maintain and expand our leadership in the market for invention. Our assets – both people and intellectual property – are among the best in the industry.

Signing a royalty bearing licence with a first licensee is an important milestone … It helps other companies to consider with more attention our licensing programme … Litigation is not a strategy by itself, but a tool as part of our licensing process when we consider that our discussion with the other side is not sufficiently constructive … So, yes, we will use litigation as a tool in such a context, but this is not a systematic strategy.

Yann Dietrich, France Brevets’ senior vice president for IT and electronics, commenting on the news that the French sovereign patent fund had brought an end to litigation with LG Electronics after an agreement between the two was reached, September 1

Intellectual Ventures’ (IV) vice president of global licensing, Kenneth Lustig, has left the patent giant. Although IV recently announced a series of staff cuts, with around 130 employees leaving, it’s not clear whether Lustig departed of his own volition. An email to IV elicited a no comment, while at the time of writing Lustig had not returned a call for comment. Prior to focusing on licensing, Lustig was head of strategic acquisitions. Among the highlights of Lustig’s time at IV was his central role in helping to put together the Kodak patent deal in 2012. Before joining IV, he spent more than 11 years at Microsoft.

We will mete out stringent punishment to companies, domestic or foreign, that are involved in producing counterfeit or shoddy goods, engaging in fraud and deception, and stealing trade secrets … We will penalise serious intellectual property infringement to the full extent of the law, including by imposing heavy fines so as to make lawbreakers pay insufferable prices.

Intel Corporation announced that it has signed a definitive agreement to buy over 1,400 patents and patent applications from an affiliate of The Gores Group, which obtained the patents in the Chapter 11 bankruptcy of Powerwave Technologies. Powerwave was a pioneer in telecommunications infrastructure products, including antennas and base stations. The patents relate to, among other things, telecommunications infrastructure technologies, including tower mounted amplifiers, antenna structures, power amplifier configurations, crest factor reduction and digital pre-distortion circuitry.

The Supreme Court’s June ruling on the patentability of software – its first in 33 years – raised as many questions as it answered. One specific software patent went down in flames in the case of Alice v. CLS Bank, but the abstract reasoning of the decision didn’t provide much clarity on which other patents might be in danger … Now a series of decisions from lower courts is starting to bring the ruling’s practical consequences into focus. And the results have been ugly for fans of software patents. By my count there have been 11 court rulings on the patentability of software since the Supreme Court’s decision – including six that were decided this month. Every single one of them has led to the patent being invalidated.

Opening of an article entitled “Software patents are crumbling, thanks to the Supreme Court”, written by Timothy B Lee and published on the Vox website, September 12 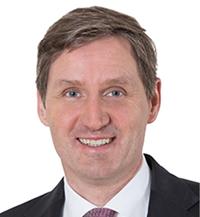