We are very excited to announce the launch of our next generation auction platform from San Francisco, the site of our inaugural intellectual property auction… After several months of working with the corporate buyer and seller community to define the parameters of the auction, we are now accepting submissions from patent owners wanting to sell high quality technology patents in an effective, transparent forum for commerce.

James Malackowski, chairman and CEO of OceanTomo, confirming that the firm is to re-enter the IP auctions business after an absence of five years, October 6

On October 10, 2014, Marathon Patent Group, Inc. (“Marathon”) entered into an interest sale agreement with MedTech Development, LLC. Pursuant to the Interest Sale Agreement, Marathon agreed to acquire from MedTech certain subsidiaries of MedTech consisting of 100% of the limited liability membership interests of OrthoPhoenix, LLC and TLIF, LLC as well as 100% of the shares of MedTech Development Deutschland GmbH. As a result, Marathon became the sole interest holder of OrthoPhoenix and TLIF as well as the sole shareholder and owner of MedTech GmbH. Each of the Subsidiaries owns certain medical technology patents, including pending litigation and settlement and licensing rights that are being acquired by the Company in the transaction.

Today, The Clearing House announced the formation of the Patent Quality Initiative (PQI), an advocacy organization that strives to improve patent quality within financial services and other industries. PQI will seek to promote strong patents and positive patent holder activities, and discourage the assertion of patents that were granted but are actually invalid.

Opening paragraph of a press release issued by The Clearing House, a US banking association and payments company owned by the world’s largest commercial banks, which hold more than half of all US deposits, October 15

Extract from executive summary of “Inter Partes Review: An Early Look at the Numbers”, a paper written by Brian Love of Santa Clara University School of Law and Shawn Ambwani of Unified Patents, October 20

As part of this Agreement, GLOBALFOUNDRIES will gain substantial intellectual property including thousands of patents, making GLOBALFOUNDRIES the holder of one of the largest semiconductor patent portfolios in the world.

Extract from a press release issued by IBM announcing the sale of its global commercial semiconductor technology business to GLOBALFOUNDRIES, October 20

I’ll now briefly touch on legislative and judicial initiatives aimed at the patent industry. In short, these initiatives target patent holders whose business model is to take advantage of the high cost of patent litigation to license weak patents to successful businesses at price points lower than the cost of litigation… While there hasn’t been much activity on this front since our last call, our stance remains the same, with respect to these legislative and judicial initiatives. We generally support them because they do effectively deal with such targeted patent holder…We also note that because these same initiatives are additionally hampering the licensing efforts of many capital constrained and inexperienced patent holders with strong patents, the initiatives are driving new customer to Acacia’s outsourced patent licensing service.

Seeking Alpha transcript of Acacia CEO Matt Vella’s assessment of patent reform in the United States given during earnings call with analysts, October 22

The reports of the death of software patents have been greatly exaggerated, to paraphrase noted humorist (and patent holder) Mark Twain. Unfortunately, however, the recent hysteria about their demise is no laughing matter. Despite little basis in fact or law, the repeated (and well-publicised) mischaracterisations of the US Supreme Court’s Alice Corp v CLS Bank decision have the potential to undermine the perceived legitimacy of hundreds of thousands of patents.

Our GAAP net income and GAAP earnings per share for the first quarter of fiscal 2015 included a pre-tax charge of $188 million or $0.03 per share related to a patent litigation matter described in our most recently filed 10-K involving the Rockstar consortium… A term sheet has been signed and we are hopeful to achieve a resolution of the associated litigation in a manner that is constructive for the whole industry.

Most patent owners and users cannot bear the costs or risks associated with enforcing and licensing their patents. As a result, a substantial portion of the two million-plus patents granted, and thus the knowledge and technology they embody, is not commercialized or used to benefit others. The potential cost of this waste to the American economy has been estimated to be as large as $1 trillion annually, representing a five percent reduction in potential GDP… This study provides an illustrative calculation suggesting that modestly increasing the number of patents under license, using conservative assumptions of the impact on the economy of increased innovation, could generate social benefits ranging between $100 and $200 billion per year. This estimated range easily could be surpassed if the U.S. can achieve enhanced licensing of existing patents, and if any market solutions also enable the dissemination of more knowledge that could increase the numbers of patented innovations themselves.

Part of the abstract of “Unlocking Patents: Costs of Failure, Benefits of Success”, written by Robert Litan and Hal Singer, published November 12

Plaintiffs report that on November 12, 2014 a binding Term Sheet was executed that settles, in principle, all matters in controversy between the parties.

Unopposed motion to stay filed by Rockstar in the Eastern District of Texas in relation to its litigation with Google, November 17 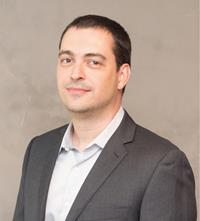