The patent reform initiatives in Congress, and in particular the matters of fee shifting and joinder, could do terrible damage to the ability of universities, research hospitals, entrepreneurs and venture investors to bring early-stage innovations to market for the betterment of society. And even beyond patent reform, the unintended flaws with the inter partes review process, and the ensuing high kill rates even for strong issued patents, cannot help but create real concerns for all inventors and patent-based operating companies alike.

Ford Motor Company is offering competitors access to its electrified vehicle technology patents – a move to help accelerate industry-wide research and development of electrified vehicles … To access Ford’s patents and published patent applications, interested parties can contact the company’s technology commercialization and licensing office, or work through AutoHarvest – an automaker collaborative innovation and licensing marketplace. AutoHarvest allows members to showcase capabilities and technologies, then privately connect with fellow inventors to explore technology and business development opportunities of mutual interest. The patents would be available for a fee.

Extract from a Ford press release, May 28

We are pleased to have signed our first license to the Qimonda portfolio. The agreement with Samsung provides a promising start to this licensing program and confirms the value of the Qimonda portfolio. WiLAN’s management believes that a significant percentage of the microchips currently being manufactured in the world today most likely are covered by claims associated with the patents in this portfolio. Consequently, our team will be working hard to finalize additional license agreements for the portfolio, since many companies will likely want to take a license.

WiLAN President and CEO Jim Skippen comments on a licensing deal with Samsung announced on the same day as its purchase of the Qimonda portfolio, June 2

We feel that the patent actually complements the core technology that we transfer. Since the approach that we’re taking is to go and first identify a technology area that we think would help a particular company in a particular sector, if we have patents that back that up, that’s all the better. Not only can we offer them the technology and know-how, we can also offer them a certain level of protection to practise in that area. We feel that the carrot that’s going to attract a potential licensee is the ability to work with our engineers and technical community to quickly come up to speed on a certain technology area that we’re already well up the curve on.

Press release announcing the launch of the Open Register of Patent Ownership, June 15

IPB’s mission is indeed open innovation, but it also includes such basic ideas as eliminating free riders and receiving fair value that can be rightfully demanded for the practice of patents. So, this means IPB will litigate regardless of nationality and offer equitable deals to any company as well. IPB has already engaged many companies about infringement and licensing, but is also developing a model to deliver patents held by SMEs, universities, and large companies to emerging economies and to be an active partner in maximising the productive value of patents. IPB is already spending tremendous energy in supporting and developing SMEs domestically, and developing tools to help SMEs access and incorporate our patents.

Awa IPro has signed a letter of engagement with TeliaSonera to monetize a portfolio containing 1,700 patents and patent applications in 237 patent families covering several technology areas. Following an internal review of TeliaSonera’s strategic business and technology development plans these assets have been cleared for sale. The portfolio offers a buyer a unique set of quality assets to complement existing telecoms business models and portfolios.

We are seeking a merit-based review of patents that we think should never have been issued. We will not settle short of decision by the PTAB. This terrifies Big Pharma and they have launched a campaign to convince people that we are only interested in profiting from short-term stock swings.

The bottom line is that businesses are increasingly looking to the cloud as a place to innovate and differentiate from competitors. The cloud is the place where businesses are rapidly building and storing digital assets protectable by intellectual property rights. It’s likely that thousands of Amazon customers don’t realise they are giving away their valuable intellectual property rights just for the privilege of using AWS; but realise they should. 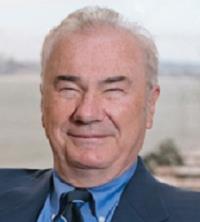