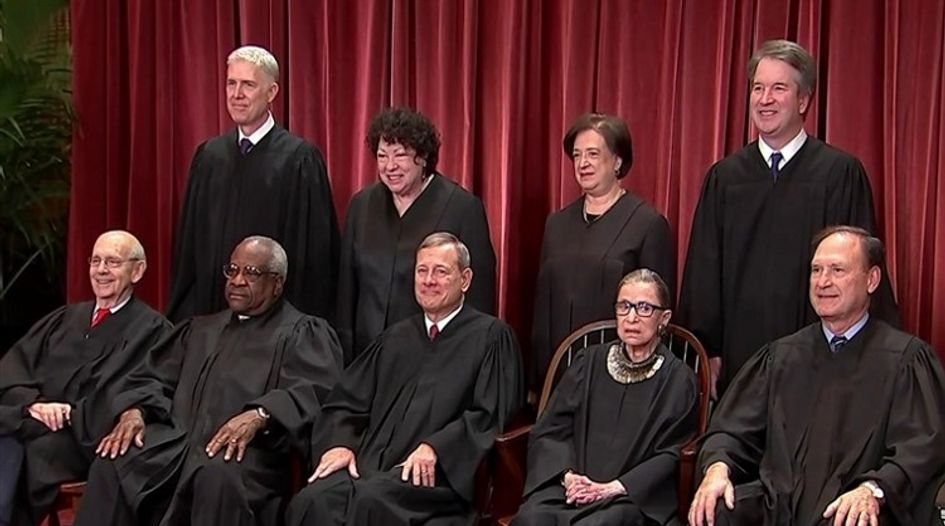 A decision upholding the infringement of Eli Lilly’s Alimta will not be reviewed by the US Supreme Court. Peter Cuomo and Adam Samansky of Mintz explain what this means for the doctrine of equivalents and for patent application amendments

On 15th June, the US Supreme Court denied a petition for certiorari by Hospira, asking it to review a Federal Circuit judgment which applied the “tangential exception” to affirm a holding of infringement under the doctrine of equivalents. The refusal is good news for patentees, which might otherwise have faced additional potential barriers to asserting infringement under the doctrine of equivalents. Nevertheless, innovators must continue to bear in mind pitfalls relating to narrowing amendments during prosecution.

In Eli Lilly and Co v Hospira, Inc., 933 F3d 1320 (Fed Cir 2019), the Federal Circuit affirmed-in-part a decision by the United States District Court for the Southern District of Indiana holding that Hospira’s submission of a New Drug Application pursuant to 21 USC § 355(b)(2) infringed claims of US Patent 7,772,209 (the '209 patent) both literally and under the doctrine of equivalents. While the court reversed the finding of literal infringement for the “administration of pemetrexed disodium”, rejecting a theory that Hospira’s drug product could form infringing sodium ions in solution after dissolution in a buffer containing sodium chloride, it affirmed that pemetrexed ditromethamine would infringe under the doctrine of equivalents.

The case involved Hospira and the other defendants-appellants’ plan to sell generic versions of Eli Lilly’s Alimta (pemetrexed), which is used to treat certain types of non-small cell lung cancer and mesothelioma. Lilly’s Alimta is formulated as a disodium salt of pemetrexed whereas Hospira and co-appellant, Dr Reddy’s Laboratories Inc. (DRL), sought approval for a pemetrexed ditromethamine salt.

According to Hospira and DRL, because Lilly narrowed its claims for a reason substantially related to patentability, it surrendered the ability to assert that pemetrexed ditromethamine infringed under the doctrine of equivalents.  Lilly, however, argued that the reason for the amendment was to distinguish pemetrexed from antifolates generally and that the choice of a different salt type was a mere tangential change; a change with no consequence for pemetrexed’s administration or mechanism of action within the body.

The district court and Federal Circuit agreed with Lilly, holding that the narrowing amendment to avoid a different antifolate (methotrexate) and that the particular salt to which pemetrexed is complexed was only “tenuously” related to the reason for the narrowing amendment. The district court reasoned that it was “implausible” that Lilly had meant to surrender other pemetrexed salts and that “such a relinquishment would effectively dedicate the entirety of Lilly’s invention to the public and thereby render the ’209 patent worthless, and it would have been irrelevant for distinguishing the prior art”.

On appeal, the Federal Circuit also rejected Hospira’s arguments that Lilly should have been required to explain why it did not pursue a narrower amendment literally encompassing pemetrexed ditromethamine; calling this view of the tangential exception too rigid. Reasoning that Lilly met its burden to show that pemetrexed ditromethamine was “peripheral, or not directly relevant” to its narrowing amendment, the Federal Circuit concluded that a competitor reviewing the prosecution record would not assume that making an equivalent pemetrexed salt would not infringe.

What’s more, in affirming the merits of the infringement decision based on the doctrine of equivalents, the Federal Circuit also noted that Hospira had represented to the FDA that the choice of tromethamine cation was immaterial because pemetrexed dissociates from its counterion in solution and contains the same amount of diluted pemetrexed anion as Lilly’s branded Alimta after dilution and prior to administration.

Hospira‘s petition for certiorari argued that the Federal Circuit’s decision would undermine the public notice function of prosecution records and result in mass confusion concerning how to interpret the boundaries of prosecution history estoppel after a patentee narrows a claim during prosecution to overcome a patentability rejection. The denial of the petition means that the Federal Circuit’s affirmation of the availability of the tangential exception even after a substantive amendment to avoid prior art -which provides a potentially case-dispositive check on the presumption of prosecution history estoppel – remains controlling law.

Nonetheless, patentees who amend claims during prosecution should do so carefully so as not to give up more claim scope than is necessary to overcome rejections. While the tangential exception can allow a patentee to assert infringement under the doctrine of equivalents even after a narrowing amendment, the burden is on the patentee to demonstrate that such equivalent subject matter was "peripheral, or not directly relevant", to its amendment.

While a patentee need not prove that it could not have drafted a claim that literally encompassed the scope of equivalents, it is the details of the prosecution record that will determine whether the tangential exception applies and the doctrine of equivalents is available.