If the UK is to compete successfully in the post-covid, post-Brexit world, argues Luke Hamm, the head of its recently created Research & Innovation agency must seek to understand what lies behind the country’s patent deficit

The chair of Royal Dutch Shell, Sir Andrew Mackenzie, has been appointed to sit atop UK Research and Innovation, the government body tasked with keeping the country at the forefront of innovation.

As part of this, he will have to focus on the huge challenges facing the British economy in relation to innovation. These have been amplified by covid-19 and quickly need to be addressed as the nation charts its course outside the EU.

In reality, there is no lack of innovation in the UK. You only need to look at the pivotal role it played in the search for a coronavirus vaccine to see that. But there is a concerning disparity between such activity and the number of patents filed compared to other nations, as well as a misunderstanding about the potential value of IP, which means that many firms are missing out on lucrative growth.

The UK has a sustained history of underperformance in business investment across all asset types, reflected in its longstanding productivity gap. While growth in intangibles has outpaced growth in physical assets, and investment in IP has shown a greater resilience to the pandemic according to GovGrant’s independent research, business investment in intangibles – such as R&D and IP – underperforms international counterparts.

In fact, the UK spends just 1.7% of GDP on R&D, compared to 3.3% for Switzerland and 4.3% for South Korea, according to CBI research commissioned by GovGrant. This means UK firms are less likely to commercialise their ideas than global peers, partly due to a lack of funding and policy support.

IP assets, meanwhile, represented between 40% and 50% of all business investment in the US, Switzerland and the Netherlands in 2019, compared to 36% in the UK. Switzerland quadrupled its investment in IP assets in the 20 years to 2018, whereas in the UK – which began that period at a lower level – it only doubled.

To overcome this under-investment, it’s important to understand what the barriers are to UK firms when it comes to commercialising IP.

Independent barometers of innovation rate the UK highly. The Global Innovation Index places it in the top 10, for example, thanks to top-quality academic research. But the country falls down when it comes to the commercialisation of ideas, something that is partly driven by the lack of support at earlier stages of the R&D process in the UK compared to peers.

Although the UK does have the Patent Box scheme that offers a reduction in corporation tax on the profits from inventions patented in the UK, critics say this merely rewards existing innovations rather than incentivising new ones.

It is perhaps unsurprising, then, that GovGrant’s research found the UK’s concentration of patents to be the lowest of all eight comparator countries, except for Singapore. The UK only has 18 patent filings per billion dollars of GDP, compared to 113 for South Korea, 78 for Switzerland and 59 for China.

Besides the arguable lack of necessary support from government to rectify this, UK businesses often bemoan major barriers to securing private finance. UK SMEs typically describe credit availability as ‘poor’ or ‘very poor’, which means that business spend on IP and patent filings is generally driven by large firms.

Moreover, just 9% of European SMEs register IP rights compared to 40% of large firms, with the UK again lagging behind comparator nations. This suggests patents, or a lack of them, are driving the UK’s overall poor performance on IP, and that concerted and coordinated action is needed.

Crucially, policymakers must find ways to support innovation earlier in the R&D lifecycle, especially as it is the initial stages of R&D that generate the largest spill-over benefits to the wider economy.

This means that backing is required at the pre-innovation stage, which provides businesses with the environment to develop ideas; at the R&D stage, where ideas are developed; and at the commercialisation stage, where new products and services are created.

This is not an exhaustive list, but points to the types of measures that should be taken.

With post-Brexit Britain needing to drive its global ambitions, the country must do more to support its businesses in developing an international presence, while encouraging foreign firms to develop their IP in the UK or invest in innovative UK businesses.

The UK had the lowest number of PCT, or international, patent filings out of the eight countries we analysed, with just 1.8 per billion dollars of GDP. This is a problem when you consider that 26% of internationally active SMEs produced new products or services in their sector, but the UK’s share of high growth firms relative to all SMEs is only 7%, half of that seen in Portugal.

Without a doubt, the UK does some things right when it comes to innovation, but there is clear evidence that it lags rival economies when it comes to commercialising its ideas, as well as the levels of investment firms make when trying to generate them.

There is, therefore, a clear role for policy in creating the incentives that enable investment to take place. With innovation an undisputed driver of productivity, boosting innovation-related investment will drive a productivity-led recovery in the UK that creates sustainable economic growth and prosperity. 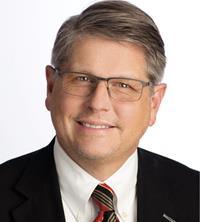