With Mexico’s change of government, new trends and practices have been introduced, affecting, among other things, the regulatory and IP framework. This chapter contains an overview of the main ammendments made throughout 2019 and a brief discussion on what it is expected for 2020.

The rules of this tender departed from rules applied by previous government administrations by directly opening this tender to all international participants and establishing maximum retail prices which were generally lower than the lowest available prices in Mexico. As expected, these rules faced significant criticism.

On 11 June 2019, in its first meeting to clarify these doubts, the Ministry of Health received several complaints from stakeholders, ranging from criticising logistics for product distribution to questioning legal and technical reasons for opening this tender to all international participants rather than beginning with national and international participants from countries that are business partners of Mexico via free trade agreements. Records indicate that there were more than 5,500 participant enquiries and petitions, most of which have gone insufficiently answered.

The Ministry of Health originally set the deadline for submitting offers, and receiving a subsequent award, for 20 June 2019 but the Ministry of Finance extended it as long as possible to 24 June 2019. Public insurers needed the acquired products by the beginning of July 2019 to prevent shortages. Nevertheless, this public tender has yet to take place.

During its former administration, the Federal Commission for the Protection Against Sanitary Risks (COFEPRIS) issued a number of general administrative acts with the alleged purpose of consolidating the criteria for the analysis and prosecution of different advertisement authorisations:

On 25 June 2019, the new Commissioner for Protection Against Sanitary Risks issued an official communication directed to the hierarchically inferior authorities revoking the administrative acts under comment. The commissioner recognised that due to procedural flaws in their creation process, and the fact that they were not published in the Official Diary, they could have no legal effect.

The commissioner also urged the sanitary authorities to solve the pending marketing authorisations in accordance with the General Health Law.

After the amendments to the General Health Law and the Criminal Code to remove the prohibitionist system regarding the use of cannabis for medical and scientific purposes, Mexico is yet to approve specific regulations concerning cannabis uses.

In June 2019, Mexico’s Senate published in its Official Gazette a proposal to modify several provisions of the General Health Law and the Criminal Code. In the same proposal, there was also a draft for a new law to regulate cannabis use.

The proposal aims to prompt a hemp and cannabis industry in Mexico through the following amendments to the General Health Law and the Criminal Code:

The draft for a new law to regulate cannabis references self-consumption and recreational use, medical, scientific and therapeutic use and industrial use. In addition, the proposal includes provisions aimed to regulate the plantation, harvesting, production labelling, distribution and advertising of cannabis.

This proposal offers more detailed and specific provisions within the main laws to continue building the corresponding legal framework for the control of cannabis and includes further legislation. Currently, besides this proposal, there are several bills and proposals to amend current legislation pending discussion and eventual approval by the legislative bodies.

In August 2019, the Mexican Supreme Court of Justice approved a decision ordering the Ministry of Health and COFEPRIS to regulate the medicinal use of cannabis.

As a result of an amparo suit filed by the mother of a 14-year-old boy, whose medical cannabis treatment was not abatable in Mexico due to the lack of regulation, the Supreme Court ordered the harmonisation of the legal framework of the therapeutic use of cannabis that has been pending since the amendments to the General Health Law and the Criminal Code in 2017.

The Supreme Court mainly ordered the issuance of legislation, including corresponding guidelines concerning the chain of production, obtaining and storing seeds, harvesting, processing, transporting, commercialising and any other activity directed to the therapeutic use, scientific investigation and medical practice of cannabis.

The decision must be complied with within 180 days once it has been notified to the corresponding authorities. In this regard, the Ministry of Health and COFEPRIS have announced that they will comply with the decision; however, they have requested an extension of the term (due to expire on 30 April 2020). As a result of the covid-19 health crisis, this term may be further extended.

Mexico has been moving forwards to build a legal framework for cannabis, despite the challenges that this objective has faced. These types of action show that Mexico is still working on this matter and continues to proceed with the construction of proper cannabis legislation.

On 19 February 2020, COFEPRIS published a presidential decree in the Federal Official Gazette which will prohibit the import of electronic cigarette devices.

The decree prohibits the import of all three types of electronic cigarette, as well as e-cigarettes and vaporising devices with similar uses.

The trading of e-cigarettes in Mexico was banned in May 2008, when the General Law for Tobacco Control was issued. However, the interpretation of other laws and legal actions permitted certain commercial activities in relation to e-cigarettes.

Presidential powers are now being exercised through the decree since the president finally modified the General Law of Import and Export Taxes in accordance with the General Law for Tobacco Control and implemented the prohibition.

On 1 October 2019, the House of Representatives made a historical decision that will have a significant impact on industrial food and beverage businesses in Mexico. In a unanimous decision of 455 votes in favour of the proposal, and only three abstaining, the house voted to approve amendments to the General Health Law, to state that industrial food and beverages must provide consumers with detailed and clear information about their contents.

Although the main purpose of the amendments is to reduce junk food consumption in Mexico, it will apply to all food and non-alcoholic beverages. Specifically, it will compel producers of industrial food and beverages to clearly label their products with information about contents that could damage health (eg, quantities of fat, sugar, sodium and food colouring). The warning label regarding these elements placed at the front of the food product will have to be independent of the information label regarding ingredients and nutritional content.

Mexico has one of the highest obesity rates in the world. For many years, Mexican and international social organisations have fought for a clear food labelling system in Mexico in an attempt to combat obesity. On the day before the decision was issued, the United Nations stated that approval of labelling was urgent to confront the obesity epidemic in Mexico.

Some stakeholders have criticised the amendments, stating that the change would not be received well, because the public in general does not read food labels. Others said that the modifications would be insufficient to tackle obesity in Mexico, but also stated that it was a necessary step.

The deadline to file comments to the Draft Modification to the Official Mexican Standard NOM-051 for pre-packaged food and non-alcoholic beverages expired on 10 December 2019.

On 13 December 2019, the comments submitted to this proposal were turned over to the National Advisory Committee on Official Standards Regulation and Sanitary Promotion, which was set to study these comments within 45 days and is entitled to modify the original proposal.

The final draft of the amendments is yet to be published, but is due in 2020.

The United States-Mexico-Canada Agreement (USMCA) is a multilateral international treaty between the United States, Mexico and Canada and was ratified in Mexico by the Senate in June 2019. It was created to replace the North American Free Trade Agreement (NAFTA) and was signed by all parties on 30 November 2018, the day before President Peña Nieto’s administration ended.

The USMCA includes an agreed protocol – namely, the protocol replacing NAFTA with the agreement between the United States, Mexico and Canada. The purpose of the protocol is to determine how and when the USMCA will enter into force.

In June 2019 the Mexican Senate published its decision to approve the protocol in the Official Gazette, making Mexico the first country to officially notify the other parties that it has completed its internal procedures for entry into force. While the United States and Canada have still not provided written notification, this is an important step that may encourage them to do so in the near future. The USMCA will have a considerable affect on domestic legislation and developments will therefore continue to be monitored.

The proposals were presented by different political parties, one of which has the support of the Mexican Institute of Industrial Property (IMPI). Both proposals intend to comply with recent international treaties subscribed to by Mexico (eg, the Comprehensive and Progressive Agreement for Trans-Pacific Partnership and the USMCA), but also improve and update the current IP legal framework.

The two proposals include relevant amendments to the following substantive and procedural matters:

During 2020, the second proposal (which is pursuing a whole new IP law) has gained more support, and public hearings with experts have taken place in the Senate. On the eventual approval by the Senate, the bill will require a review by the House of Representatives. It is difficult to predict the dates on which these proposals will be discussed and approved, but Mexico is closer than ever to having a new IP regulation and standards, which will certainly have an impact on the current prosecution process, substantive rights and enforcement of IP rights.

Besides any consideration about the cease of activities by Mexican authtorities (on 23 March 2020 the courts of law ceased activities in Mexico, but to date IMPI remains open and deadlines are still running and expiring), it is important to discuss the provisions available for the government to order compulsory licences for patented products.

Compulsory licences can be imposed for emergency or national security reasons, including serious diseases declared by the General Health Council. In such cases, IMPI will determine that certain patents can be exploited through a compulsory licence for reasons of ‘public benefit’, when the lack of a licence would hinder or lead to price rises in the production, supply or distribution of basic goods to the population.

In cases of serious diseases, IMPI can make such a determination after the General Health Council has published a declaration in the Official Gazette.

While, no compulsory licences have been granted in Mexico (although they were close to being imposed in the 2008 H1N1 crisis), the covid-19 situation is increasingly critical and legislation is available to have compulsory licences in place if necessary.

The bill for the new IP Law also contains this legal figure. 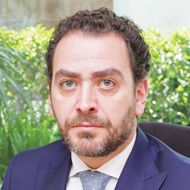