If you’re a regular patent market observer there’s probably not too much to surprise you in PWC’s latest patent litigation report. Covering 2014, it shows that the overall number of cases in the year was down, but that was already apparent from studies previously put out by the likes of Lex Machina, RPX and Unified Patents. That said, there is a discrepancy in the numbers that have been reported, but that’s because PWC’s cover the 12 months to 30th September 2014 while the others cover calendar year 2014. Anyway, all have the drop in cases filed in 2014 compared with 2013 as more than 10% with PWC putting it at 13%.

It is also worth pointing out that Unified recently issued data for new cases filed in April of this year and reported a drop of 28% compared with March. This means that while the first quarter saw a pick-up in cases, new cases in January to April were down overall by 7.6% year-on-year.

The PWC survey also found that damages continue to fall with the annual median award in 2014 at its second lowest point over the last 20 years, but perhaps the most interesting part of the study is its analysis of NPE litigation stats between 1995 and 2014.

It’s no surprise that NPEs make up a big chunk of overall litigation numbers and that while their success rate in court is lower than operating companies’ they tend to receive higher damages when they do win. But the study also breaks out NPEs into various constituent parts – companies/ profit making organisations, universities and non-profits, and individual inventors.

Of these three classes, NPE companies have been successful 31% of the time in patent cases brought since 1995; this compares with a success rate for universities and non-profits of 48% and a lowly 18% for individual inventors. Individual patent owners also do far worse with damages pay-outs, getting a median award of $3 million compared with $11.5 million for company NPEs and $16.2 million for universities/non-profits.

There could be many reasons for individual inventors doing relatively badly. Although the PWC study doesn’t provide any, it’s easy to speculate that small inventors may have lower average quality patents to begin with, while they probably don’t have the same kind of litigation savvy as other NPEs and are much less likely to have access to the same kind of litigation expertise that larger, better funded patent owners can turn to.

But what PWC’s numbers also strongly suggest is that the US patent litigation system is strongly stacked against small, patent owning entities. Bearing this in mind, it is worrying that the main packages of reform proposed in the House of Representatives (the Innovation Act) and the Senate (the PATENT Act) are only going to penalise them further. As Bryan Pate, CEO of small company ElliptiGO told the House Judiciary Committee: “I am here today because broad changes to the patent system proposed by this committee scare me.”

The chances of a small, patent-owning inventor successfully defending its rights through the courts are already pretty bleak, and proposed reforms that make it even more expensive to assert will do absolutely nothing to increase their odds of prevailing should they decide to risk it all. Investors looking at the PWC report and the proposed legislation will undoubtedly note that and will think even more carefully – and skeptically - about getting involved with entities whose only real assets are their inventiveness and the patents that they own.

This is why many more such entities are likely to try to sell their wares to the kinds of deep pocket NPEs that know patents well and can afford to take the risks associated with assertion. Thus, what the overly broad legislation currently being considered by Congress promises is more inventors feeling like they have to sell, creating the unintended consequence of top-end NPEs becoming ever-more powerful. Is this really what legislators want? 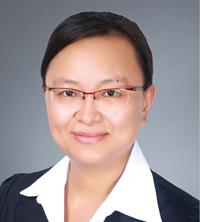