Patent reform might be on the backburner in the US with few expecting legislation to pass through Congress in an election year, but it was a notable topic for discussion at the LeadershIP conference in Washington DC last Friday.

On the opening panel of the day Professor Colleen Chien of Santa Clara University and formerly an adviser on IP policy in the White House, suggested that any legislation should consider the impact of changes to the patent landscape since reform was first proposed a few years ago. “We’re at the point of re-evaluating what sort of additional changes might be needed,” she commented.

Chien argued that with more data, patent stakeholders would be able to get a better picture of how policy changes might play out. To back up her point she referred to a recent piece of research that she had carried out with Professor Michael Risch of Villanova University on the issue of venue reform.

Their study focused on a recent case at the Court of Appeals for the Federal Circuit – In Re: TC Heartland LLC – and looked at what the impact would be if, as the party that has brought that case argues, the laws around where patent cases can be brought were tightened. That would have a big impact on the popularity of the Eastern District of Texas, the venue of choice for many non-practising entities (NPEs) but Chien and Risch’s research suggests that the changes would also have a big impact on operating companies. Half of lawsuits brought by those businesses would have to be filed in a different district to where they currently are brought. Chien is a prominent member of the academic community on the pro-reform side and her comments certainly merit consideration by policymakers on Capitol Hill.

The importance of legislation that is balanced between patent owners and users of IP, was a theme that was covered in the opening speech to the conference by Stuart Eizenstat of Covington & Burling. Eizenstat has a glittering CV of government service including serving as the US Ambassador to the European Union and as Deputy Secretary of the Treasury in the Clinton administration, and is as well qualified as anyone to assess the important role that IP rights play in international trade policy. Here’s what he had to say on patent reform:

“In recent years the US Congress has considered a variety of proposals aimed at limiting abuse of the patent system. While curbing the enforcement practices of some bad actors – such as the use of misleading demand letters – is a laudable and important goal, we must ensure problems in our IP system don’t have the opposite result. By setting pleading standards so high that patent owners can’t access the courts, or preventing patent owners from taking discovery until months or years into a case, or granting stays of litigation to large corporations that profit the most from the sale of infringing technology, the legislative proposals are overbroad and do more harm to our innovation ecosystem than good. By making it harder for our most innovative individuals, universities and companies to enforce their patents, we risk devaluing intellectual property, making it too difficult for investors to commercialise their ideas.”

This message that patent reform should take account of changes in case law, consider the most recent data and not be overly broad is one that has been made since the Innovation Act was first introduced in 2013. Chien’s and Eizenstat’s comments suggest however that it is gaining wider support. 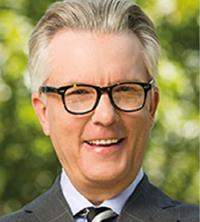