Article 1 of the Patent Act provides for a patent regime to encourage, protect and utilise inventions, utility models and designs for promoting industrial development. Article 1 stipulates the categories of subject coverable by patent protection, namely:

Similar to Article 27 of the Agreement on Trade-Related Aspects of Intellectual Property Rights (TRIPs), the following constitute non-patentable subject matters:

Novelty requires that, before the date of filing or priority, an industrially applicable invention, utility model or design must not:

Further, a novel invention, utility model or design must not be granted a patent if it can be easily completed (or conceived for design) by a person with ordinary skill in the art based on prior art.

The latest amendment to the Patent Act 2017 extensively relaxed the provision of grace periods. Before the amendment, only a few specific facts of disclosure were exemptible from the loss of novelty up to six months before filing. Now, either the applicant’s intended or unintended fact of disclosure is subject to exemption if a patent application is duly filed within an extended period of 12 months. Nevertheless, disclosure due to the publication of a foreign or domestic patent application is not exempted.

To secure a filing date for an invention patent, one must submit:

A design application requires the submission of an application form, patent specification and drawing(s). To claim international priority, an electronic copy of the priority document is necessary – a hard copy is no longer required. Further, Taiwan has entered into an electronic priority exchange agreement with the Korean IP Office and Japan IP Office, under which a priority claim is completed by indicating a specific access code, the KR/JP first-filed application number and the date on the application form. The official fee for filing is NT$3,000 for a utility model and design and NT$3,500 for an invention.

Following the effective filing of an invention patent application, the applicant has a three-year window to request for substantive examination, which cannot be extended, reinstated or withdrawn. Where this window lapses due to division or conversion, the applicant has a further 30 days to make a request. A utility model patent is registered when procedural requirements are met. Design applications are to be examined substantively ex officio. To request substantive examination, the fee is NT$3,000 for up to 10 claims and NT$800 for each additional claim.

Re-examination is available with the Taiwan IP Office (TIPO). Upon receiving a rejection, the applicant may request for re-examination along with arguments or amendments within two months from such rejection. The fee is NT$7,000 for up to 10 invention applications, plus NT$800 for any additional claim. A design application incurs a fee of NT$3,500.

Computer software-related inventions are patentable as long as they use technical means to solve technical problems and produce technical results. Data structures, the mere presentation of information, algorithms or business methods are not patent eligible.

Practically, computer-related inventions are often claimed as computer program products or computer readable media. A graphic user interface (GUI) which temporarily presents on a display device is classified as an exterior creation of patterns or of an integration of patterns with colours and is therefore eligible for design patent protection.

In pharmaceutical patent law, unexpected results are often used to argue against the rejection of new chemical entities or compositions. A new chemical entity with a structural similarity to a known compound normally lacks inventive step. However, if the entity produces an unexpected result (eg, a different usage or advantageous biological effect) it is deemed inventive over the prior art. Likewise, a composition of known compounds which yields synergistic effects is inventive. Notably, human or animal diagnostic, therapeutic or surgical methods cannot be patented, although a Swiss-type claim can be adopted as an alternative.

As early as 2011, Taiwan revised the compulsory pharmaceutical licensing rules in the Patent Act and accepted Article 31bis of TRIPs the following year. To provide countries of insufficient or no manufacturing capacity with medicines for treating HIV/AIDS, tuberculosis and malaria, among other epidemics, TIPO may approve a request for compulsory licensing for the necessary medicine.

A patent term extension (PTE) is available for delayed marketing due to market approval examinations for pharmaceuticals or agrichemicals, or the manufacturing process thereof. A patentee may apply for a PTE of an invention patent based on the first market approval, which can be used only once. A PTE may be granted for a maximum of five years.

If a re-examination is unsuccessful, the applicant has 30 days to appeal the rejected application to the Ministry of Economic Affairs (MOEA), which is the supervising authority over TIPO. MOEA’s Petition and Appeals Committee reviews administrative appeals from TIPO’s decisions.

Please see Figure 1 for the examination and administrative appeal workflow. 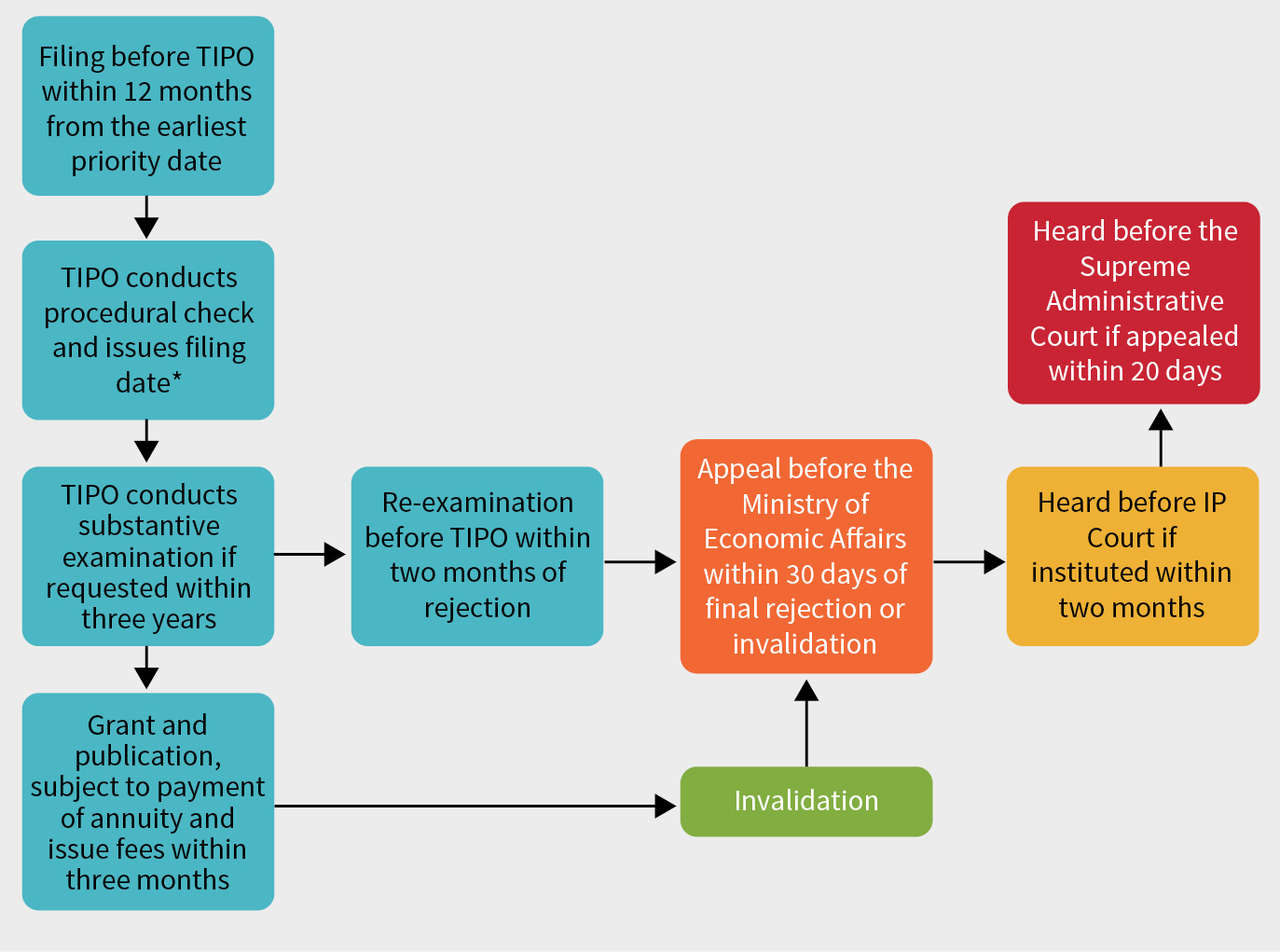 *Application open for 18 months from the earliest priority date

If a patent is granted, any party may request for invalidation based on, for example, the following grounds:

Only the person of interest may file a request based on the ground of erroneous ownership, such as incomplete or false applicants. Further, they may even invalidate an extinguished patent if deserving revocable interest at law.

Each patent claim stands on its own, so invalidation is raised on a per-claim basis. To each claim, the requesting party should state the grounds on which it is made and include any relevant facts and evidence. TIPO may exercise discretion taking into account other invalidity grounds and evidence which the requesting party does not present, with regard to the challenged claims only.

Patent infringement is a civil matter that should be resolved in court. Administrative bodies, including TIPO, do not have the authority to undertake actions against a potential infringement.

Cases regarding patent infringement are tried by the IP Court. The case is heard by one judge in the first instance and by three judges in the second instance. Since patent infringement lawsuits generally involve technical issues, the judge will assign a technical examination officer (TEO) to assist in the trial. The duty of a TEO is as follows:

Although the parties may not question the TEO, they may respond to the TEO’s interpretation of facts. Meanwhile, the opinion or report addressed by the TEO is for reference only and cannot be used as evidence for proving any facts or as a basis of the judgment.

After filing the lawsuit, both parties will raise their arguments by submitting briefs or making statements in a hearing. The court will determine whether to investigate evidence and subpoena a witness requested by the parties at its discretion. The court will then hold a hearing, during which the parties will debate the issue. Generally, there is only one hearing and the court will release its judgment several weeks later.

Generally, it takes eight to 10 months for a normal patent infringement case in the IP Court at first or second instance.

The litigation costs are not high. On average, court fees are calculated at 0.8% of the amount in contention, while attorney fees vary depending on the number of hearings. The IP Court prefers to host hearings to clarify issues with parties; therefore, the total number of hearings tends to be higher than in other jurisdictions.

Legal doctrines (eg, the doctrines of equivalents, exhaustion and fair use) apply under the Patent Act.

The remedies for a patentee include:

The average grant rate of preliminary injunction orders has been approximately 50% in recent years. The entire procedure is separated from the merits of the litigation and it generally takes three to five months for the court to make a decision.

The court will issue a permanent injunction order as requested by the patentee if the court believes that the defendant has infringed the patent.

The patentee may calculate the damages based on any of the following measures:

There are three instances for parties to seek remedies in a patent infringement case:

Taiwan does not impose a patent working requirement. Therefore, the failure to work or the inadequate working of a granted patent will not affect a patentee negatively. That is, the lack of use of a patented technology or design is not a ground for a compulsory licence, nor is it a defence against non-infringement.

As an intangible property, a patent can be assigned, inherited, entrusted, licensed or pledged to another party. The change or transfer of patent entitlement is a civil act, which implies that the change is effective as soon as an agreement is reached between the parties. Therefore, it is not mandatory to record an agreement at TIPO. However, recordation is necessary to effect the agreement on a third party which does not possess the relevant knowledge. Both contractual parties, except in the case of inheritance, may request recordation, which is effective from the date that TIPO approves the request.

Although FRAND is not a legal requirement as a basis for royalties in the commercialisation of standard-essential patents, the Fair Trade Commission (FTC) often analyses technology transactions in view of the relevant principles. For example, in a recent case regarding Qualcomm’s antitrust business practices in Asia concerning its chip sales, the FTC found that Qualcomm’s refusal of a licence was in violation of FRAND and issued a record-breaking fine. Further, in 2000 in a case regarding Philips’s exorbitant CD-R patent royalty, the FTC found that the licence agreement was unfair. Practices which violate FRAND principles are often considered as unfair competition acts and are therefore subject to administrative penalties under the Fair Trade Act.

For service inventions, the right to apply for a patent and patent rights are vested in the employer. The employer must pay the employee a reasonable remuneration. However, the statute does not define ‘reasonable’, suggesting that in the absence of a contract the court has the discretion to determine remuneration on a case-by-case basis. Nevertheless, an employer cannot suggest that its remuneration obligation is fulfilled by the employee’s regular salary. 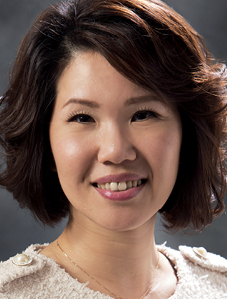 Crystal Chen is a partner at Tsai Lee & Chen. Ms Chen’s 20-year practice covers all areas of IP law. She counsels on patent prosecution and enforcement, and is involved in infringement litigation related to copyright, design, trademark and unfair competition. Ms Chen has an LLB from Taiwan and an LLM in intellectual property from the University of New Hampshire School of Law. She is a member of the American Intellectual Property Law Association, International Association for the Protection of Intellectual Property (AIPPI), American Bar Association and the Beijing Bar Association. She is the incumbent chair of delegates for independent members of the AIPPI. 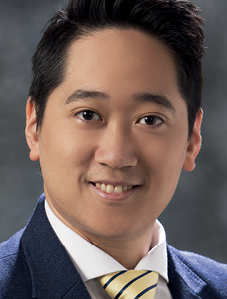 Kevin CW Feng is a registered patent attorney at Tsai Lee & Chen, where he focuses on patent prosecution and IP research and advises clients on IP law. Among other fields, his emphasis is on software, financial technology and pharmaceutical-related patent law. Mr Feng received his master’s in intellectual property from the University of New Hampshire School of Law and a BS in biochemical science and technology from the National Taiwan University.