An applicant may file a Korean patent or utility model application by filing:

The total prosecution cost may vary significantly, depending on:

Costs can range from several thousands to tens of thousands of dollars.

Some subject matter is not patentable under current KIPO practice, including:

For a software or business method invention to be granted, two requirements must be met. First, information processing by software should be realised concretely through the use of hardware (eg, claims should describe the involvement of concrete hardware-type components that account for information processing and interaction between them). Second, claims should involve no human activities (as opposed to software processing).

Software and business method inventions can be claimed in the form of:

By contrast, claims directed to software, a computer program per se (not stored on a medium) or a program product are not allowed.

If an application is rejected by KIPO, the applicant may appeal to the Intellectual Property Trial and Appeal Board (IPTAB) – an administrative review body in KIPO – within 30 days.

Before filing an appeal, the applicant may amend the application and apply for re-examination within 30 days from receipt of the final rejection decision, in which case the KIPO examiner will re-examine the amended claims. If the examiner finds that the previous rejection grounds have not been overcome despite the amendments, they will issue a second final rejection, at which point the applicant may file an appeal before the IPTAB.

IPTAB decisions may be appealed to the Patent Court and then the Supreme Court.

A granted patent can be nullified through an invalidation action filed before the IPTAB. Patent cancellation action is also available for patents registered on or after 17 March 2017.

The invalidation action is an inter partes proceeding and only an interested party or examiner can file an invalidation action after the patent is registered. The IPTAB typically takes between six and 14 months to render a decision in an invalidation action. Such actions can also be expedited under certain circumstances (eg, where an infringement action based on the same patent is pending before a court). The losing party may appeal the IPTAB decision to the Patent Court and then the Supreme Court.

A patentee or alleged infringer may file a scope confirmation action at the IPTAB. This is an action seeking a determination of whether a particular product or process falls within the claim scope of a patent. A scope confirmation order may be appealed to the Patent Court and then the Supreme Court. Although such orders are not binding on subsequent infringement actions, they can have a persuasive effect on the court.

Patent infringement actions must be filed at one of five specific district courts: Seoul Central, Daejeon, Daegu, Busan or Gwangju. Plaintiffs may choose to bring an action at whichever of the five district courts meets the relevant venue requirements. Alternatively, they may choose to bring an infringement claim at the Seoul Central District Court due to its specialised expertise in patent infringement matters. The Seoul Central District Court has three panels of IP-specialised judges and the most expertise in IP matters among the district courts. It has several technical advisers with at least 15 years of experience as KIPO patent or trial examiners, who provide technical assistance to the judges.

To facilitate Korea’s increasing global presence as a hub for IP disputes, the International Court Panel was created on 13 June 2018 in both the Seoul Central District Court and the Patent Court. The panel will review the same types of IP case that both courts ordinarily review, but the parties will be able to submit briefs in English (without a Korean translation) and present oral arguments in English at hearings. The panel will also provide simultaneous interpretation at hearings and will issue decisions in both Korean and English.

Court proceedings begin with a complaint, typically followed by an initial exchange of written submissions. The court hearing procedure then begins. After a series of initial hearings, the court may ask the parties to give technical presentations and to provide witness testimony. Throughout the proceedings, the parties may submit briefs on topics of their choice; typically, both sides file briefs shortly before each hearing. When the court has determined that all issues have been raised and dealt with in the hearings and briefs, it will close the proceedings and set a date for its decision. A decision is usually issued within several weeks of the proceedings closing. Typically, it takes about 12 to 18 months for a district court to issue a decision.

Compared to the United States, broad discovery is not available and the courts directly supervise discovery. Any discovery requests must be specifically identified before a court will consider granting them. A party may request the production of documents, samples or witness testimony, or may request that the court conduct an inspection of the other party’s facilities over the course of the proceedings. However, the requested discovery must generally be identified with sufficient specificity for the court to grant the request.

The cost of a district court patent infringement case can vary widely depending on various factors, including:

Typically, the cost will range from $150,000 to $400,000 to reach a first-instance decision. The cost of an appeal to either the High Court or the Patent Court can be slightly lower than the cost of the related first-instance case. However, cases on appeal are essentially reviewed de novo, meaning that new evidence and arguments can be introduced at the appeal stage and no deference is required to the factual findings of the first-instance court. Therefore, some significant issues can be litigated for the first time on appeal.

Under the doctrine of equivalents, even if one or more elements of a patent claim are substituted with unclaimed elements in a product or process, infringement may be found if any of the following requirements are met:

Available remedies: In a civil action, the typical remedies are injunctive relief (preliminary or permanent) and monetary damages. If the court finds that the patent in suit is valid and has been infringed, it will grant a permanent injunction, unless in exceptional instances (eg, when seeking an injunction is deemed to be an abuse of rights). If there is a pressing risk of irreparable harm to the patentee, the patentee may bring a preliminary injunction action. To obtain a preliminary injunction, the patentee must demonstrate the likelihood of success on the merits (infringement and patent validity) and the need for provisional relief.

Damages are calculated based on:

If a patented invention is practised for public interest, a non-exclusive licence may be granted to a third party by an administrative disposition or a trial decision instituted before the IPTAB, irrespective of the patentee’s opinion.

Prior consultation with the patentee or exclusive licensee is required before filing a compulsory licence petition. However, prior consultation is not required when the patented invention will be non-commercially worked for the public interest or when the working of the patented invention is necessary to remedy a practice determined to be anti-competitive by judicial or administrative proceedings. Further, a compulsory licence may be granted when the working of the patented invention is necessary for the export of medicine under the World Trade Organisation Doha Declaration to a country that intends to import the medicine in order to treat diseases that threaten the health of most of its citizens. These medicines include: 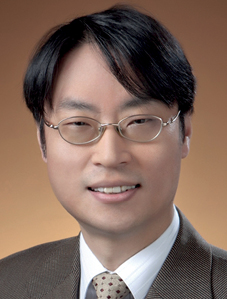 As a member of Kim & Chang’s IP practice, Si Yul Lee’s work ranges from litigation to transactional work. Many of his patent infringement representations have involved multiple actions in different jurisdictions worldwide. His transactional work includes drafting and negotiating licence agreements regarding technology and trademarks.

Mr Lee obtained master’s and bachelor’s degrees in physics from Seoul National University and a bachelor’s degree in law from the same university. He received an LLM from Stanford Law School. Mr Lee served as a judge in the Seoul Central District Court before joining Kim & Chang. 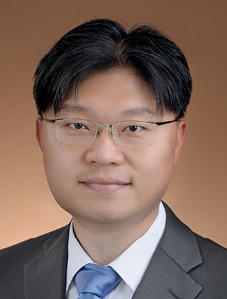 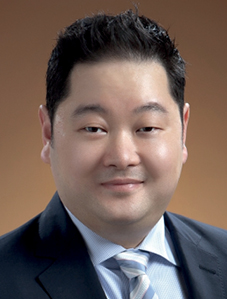 Stephen Bang is a foreign legal consultant at Kim & Chang. He is a member of the California Bar and registered to practise before the USPTO. Before joining Kim & Chang, Mr Bang practised in the United States, handling IP matters including patent, trademark and copyright litigation, as well as patent and trademark prosecution. Before practising law, Mr Bang was co-founder of a start-up which provided IT consulting, including database software solutions and information systems security.