As part of the drive for Singapore to become a hub for quality IP filings, the country’s patent regime has undergone significant changes since 2013. The Intellectual Property Office of Singapore (IPOS) has a notable search and examination unit, which is accredited by the WIPO as an international searching authority and an international preliminary examining authority. In terms of examination efficiency, IPOS now ranks as one of the fastest IP offices in the world with initial action being taken 60 days from initial patent filings, provided that the request for search and examination is logged together with the initial filing. In quality and competency, IPOS examiners are well versed in both English and Chinese and IPOS is well positioned to search for related patent and non-patent literature in the growing Chinese market.

The Singapore patent regime allows for patents to be granted for inventions provided that the general criteria of novelty, inventive step and industrial application are met. There are no petty patents or utility models under the Singapore patents regime and all patent applications have to satisfy these requirements.

Any inventions which would generally be expected to encourage offensive, immoral or anti-social behaviour are statutorily excluded from patentability.

In addition, there are statutory exceptions to industrial application. Inventions relating to surgical or therapeutic methods of treatment of humans or animals or of diagnostic methods practised on humans or animals are not capable of industrial application. Notwithstanding the above, a substance or composition can be considered industrially applicable even if its intended purpose is for use in an excluded method of treatment.

Unlike many jurisdictions, legislation in Singapore does not provide a statutory list of excluded subject matter in relation to patent eligibility. Each invention is assessed based on whether the technical features defined in the claims are expressed in structural, functional or mathematical terms. A patent examiner will make their assessment of technical features and patent subject-matter eligibility based on the actual contribution of the invention in accordance with the Aerotel/Macrossan test in Aerotel Ltd v Telco Holdings Ltd & Ord Rev (1 [2007] RPC 7). The Aerotel/Macrossan test is especially relevant for computer-implemented inventions.

There are no explicit statutory prohibitions of software-related inventions. However, claims related to software (typically system or method type) are assessed based on whether the actual contribution relates to the technical features defined in the claims.

Pharmaceutical compositions are patentable provided that they meet the general criteria of novelty, inventive step and industrial application. For new medical use, IPOS accepts claim formats in the form of first medical use claims and second medical use claims (in the Swiss style format).

In line with Singapore’s attempts to become a smart nation, IPOS established a Fintech Fast-Track initiative which was launched on 26 April 2018 to advance the file-to-grant process in relation to technology in specific areas (eg, electronic payment, investment platforms, insurance technology, blockchain and banking, security, fraud and authentication). The claims in patent applications in these areas will be subjected to the same Aerotel/Macrossan test for patent subject-matter eligibility. This aims to facilitate the development of enabling technologies – such as in data analytics, the Internet of Things, mobile payment platforms, cloud computing, artificial intelligence and machine learning and cryptocurrency – which demonstrate the requisite technical features, which would otherwise be regarded as a business method.

A key advantage of the Singapore patent regime is that it offers applicants various examination options to obtain a granted patent, depending on their appetite for cost, and desire for a good-quality patent, which is less vulnerable to invalidation.

A cost-sensitive patent applicant can choose to rely on a positive final examination report issued for a corresponding patent application in an approved patent office outside Singapore and request for supplementary examination under Singapore patent law. In this supplementary examination, IPOS conducts a patent examination covering specific issues of Singapore patent law, which does not include a re-examination of the invention based on novelty and inventive step merits. Under this option the local examiner does not conduct a further search for prior art documents.

Conversely, an applicant who wishes to obtain a robust patent – with a view towards future enforcement – can request a full search and examination report from IPOS, which is the most expensive examination option.

A balanced approach is a mixed examination where search results from an approved patent office may be utilised for further examination by a Singapore patent examiner. This treads the fine line between cost and robustness as novelty and inventive step can be considered. In some cases the patent examiner may carry out a top-up search.

If an applicant receives a negative examination report, the system provides for a one-chance appeal through a request for an examination review within two months from the date of the application refusal. If applicable, the applicant may at the same time amend the specification of the patent application to overcome any objections. However, the review is still performed by the patent office.

Decisions made by the patent office (eg, the validity of granted patents) can generally be appealed to the High Court. For example, patent office decisions which revoke a granted patent may be appealed to the High Court. However, there are exceptions where the patent registrar has sole discretion (eg, the determination of a patent abstract and the omission of any subject matter from publication).

Applicants who are nationals or residents of Singapore can file a Patent Cooperation Treaty (PCT) application with IPOS as a receiving office of the International Bureau. On 1 September 2015 Singapore became the first country in the Association of South East Asian Nations to be appointed as an international searching authority (ISA) and an international preliminary examining authority (IPEA). Since 1 January 2017, applicants have been able to file Chinese-language PCT applications. This includes filing a PCT request form through IPOS as the receiving office. International applications filed in this way have the international search conducted in Chinese at IPOS in its capacity as an ISA and IPEA.

A patent granted in Singapore may be re-registered in Cambodia, provided that the Singapore patent has a filing date on or after 22 January 2003 and meets the Cambodian requirements for patentability.

Currently there is no formal mechanism for pre-grant opposition actions. The revocation of a patent is a post-grant action that may only be initiated at IPOS. However, the IPOS decision may be appealed to the High Court.

Patent infringement proceedings are civil actions which take place in the High Court. Specialist IP judges are appointed to hear patent cases, which are usually heard by one judge.

Infringement proceedings culminate in a trial – which is usually a public hearing unless there is confidential information or trade secrets involved – in which the court will consider evidence before deciding whether a claim has been proven against the infringer.

Proceedings can be commenced by the patent owner by way of a writ of summons, which is normally accompanied by a statement of claim that sets out the facts of the case against the alleged infringer. The writ of summons must be served on the named defendant according to procedural rules.

Expert witnesses may be appointed by the court or called on by the parties to opine on any question of fact. Such evidence is particularly important in claim construction or interpretation, which must be read through the eyes of a person skilled in the art, who is deemed to be unimaginative and uninventive, but is equipped with the required knowledge to work the invention as defined and described in the patent. While the expert is typically engaged by the parties concerned, they have an overriding duty to the court in terms of providing as balanced a view as possible (ie, to be impartial and independent).

Expert witnesses are typically cross-examined in trial proceedings, otherwise their affidavits may not be received in evidence.

Following the serving of the writ of summons, the relevant timelines begin. Within a prescribed time period, the infringer must then enter an appearance by filing a memorandum of appearance (MOA). This document signifies to the patent owner that the alleged infringer intends to contest the claim. If the MOA is not filed in time, then the possibility of filing for judgment (in default of appearance) may be considered. After entering an appearance the alleged infringer will have a prescribed time period to file a defence to set out the facts supporting their position and challenge the contents of the statement of claims. If the defence is not filed in time, then there is yet another possibility of filing for judgment.

In many cases, the alleged infringer may consider filing a counterclaim at the same time the defence is filed. Thereafter, the process for discovery and exchange of evidence will follow.

Document disclosure is a key and essential part of proceedings. In this regard, parties are required to disclose all ‘relevant documents’ – defined very widely to cover items such as e-mails, drawings, maps, photographs and recordings – which they have access to, regardless of whether the documents are beneficial or detrimental to their case.

A typical patent infringement trial lasts between 16 and 38 months. The trial itself usually takes place over a minimum of two to three days and can last up to four weeks if there are numerous complex issues.

The possible remedies a patent owner can seek are:

The decision by the High Court may be appealed to the Court of Appeal, which is the highest appellate court in Singapore.

For example, in exchange for a 50% reduction on the renewal fees of a patent, a patent proprietor may apply for an entry to be made in the patent register indicating that licences under the patent are to be available as of right. Acting on the registrar’s direction, IPOS may facilitate the process by determining the licence terms.

Subject to any agreements or contracts to the contrary, an invention made by an employee generally belongs to their employer if the invention was made in the course of normal duty. There are no statutory provisions relating to remuneration and this should be negotiated between the employee and employer. 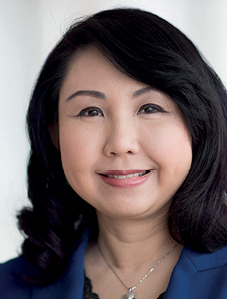 Audrey Yap is the managing partner of IP specialist and commercial law firm Yusarn Audrey. Ms Yap is a qualified lawyer in Singapore and Malaysia, a solicitor of England and Wales, a registered patent agent in Singapore and a notary public. Known as one of Singapore’s outstanding IP experts, Ms Yap has an international reputation and has helped shape the IP portfolios of companies and industries focusing on value and monetisation and advises countries on government IP policies. She is a board member of Enterprise Singapore, the Ministry of Trade and Industry of Singapore, a member of the board of directors at the IP Office of Singapore (IPOS), an adjunct fellow at the IP Academy of Singapore and director of IPOS International, a subsidiary of IPOS. 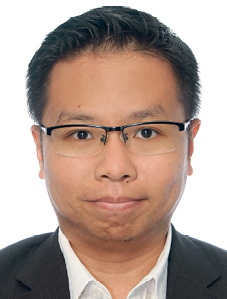 Kwan Chung Min is a registered Singapore patent attorney and a partner at Yusarn Audrey’s patent department. He graduated with a bachelor’s in electrical engineering from the National University of Singapore and has a graduate certificate in IP law from the same university. Mr Kwan’s main areas of practice include electrical engineering and medical devices, particularly in integrated circuit control, medical device control and apparatus, fintech and applications of artificial intelligence. In addition, his work frequently involves construction technology, logistics application and industrial control systems. Increasingly Mr Kwan’s work involves IP due diligence. He was the inaugural recipient of the IP Academy of Singapore and the Franklin Pierce Centre for Intellectual Property summer institute scholarship in 2013.