Patents and utility innovations (UI) are available in Malaysia. The basic criteria for patentability are:

Malaysian patent law has a worldwide novelty standard, qualified by a 12-month novelty grace period in respect of any public disclosures of the invention that originate from the applicant before the filing date of the Malaysian patent application. This period is calculated from the date of first disclosure and does not protect against third-party disclosures.

‘Inventive step’ is assessed based on obviousness to a skilled person.

An invention is considered capable of industrial application if it can be made or used in any kind of industry.

The cost, from filing to grant, for a smooth-sailing application with 10 claims or fewer and undergoing normal substantive examination can be less than $2,000, including official fees. This is provided that only one examination report is issued and that no extensions of time become necessary.

It typically takes about four years for an application to proceed to grant. There are several options for expediting prosecution, namely:

Examiners prefer to base their decision to allow an application on the positive results of relevant (ie, European, US, UK, Australian, Japanese or Korean) corresponding patent applications and will seldom make a decision solely on the basis of technical or substantive arguments. Unless a suitable allowed or granted corresponding claimset is available, pursuing expedited examination will result only in the application being issued with an adverse examination report and, ultimately, returned to the normal prosecution track.

A request to participate in the MyIPO-JPO PPH pilot programme can be made on the basis of a corresponding Japanese or Patent Cooperation Treaty (PCT) application, which has received a positive patentability opinion from the JPO. Prosecution is significantly reduced to as little as four months under this programme, as opposed to between two and three years under normal examination. It is possible to obtain a grant within four to five months of filing provided that the request for normal examination and the request for participation in the PPH are filed simultaneously with the application.

A request to participate in the MyIPO-EPO PPH pilot programme can be made on the basis of a corresponding European or PCT application, which has received a positive patentability opinion from the EPO. The first office action (if any) can be expected within three months of requesting to participate in the PPH and a decision on grant is obtainable within six months of such a request.

A request to participate in the MyIPO-SIPO PPH pilot programme can be made on the basis of a corresponding Chinese or PCT application, which has received a positive patentability opinion from the SIPO. The first office action (if any) can be expected within three months of requesting to participate in the PPH and a decision on grant is obtainable within six months of such a request.

MyIPO examiners tend to adopt the approach of the EPO with regard to substantive matters concerning life-science inventions and are often guided by the relevant provisions of the European Patent Convention (EPC 2000) and the EU Biotech Directive (98/44/EC).

The Patents Act provides that MyIPO cannot refuse a patent application without giving the applicant an opportunity to be heard. If written and/or oral submissions before and/or during a hearing are insufficient to overturn a decision, the applicant has the right to appeal an adverse decision to the High Court of Malaya.

There are no formal provisions in Malaysian patent law for third-party intervention and examiners are under no obligation to consider prior art submitted by a third party. However, MyIPO examiners do take into consideration such documents if the application in question is still pending under examination.

Malaysian patent law does not provide for either pre-grant or post-grant opposition. The only avenue for recourse for an aggrieved party is instituting an invalidation proceeding before the High Court of Malaya.

Malaysian patent law does not provide for administrative enforcement options. A patent owner may enforce its rights only upon grant of the patent and by way of civil litigation. There are no criminal actions available for patent infringement.

There is no scope for forum selection. All IP suits must be initiated at the geographical location of the high court where the defendant resides or where the cause of action occurs – although many cases are now filed at the Kuala Lumpur High Court, which has a dedicated IP Court.

Once the pleadings are closed, the court fixes a date for case management whereby it will issue directions as to how the trial is to be conducted. The case-management practice and directions are generally uniform – although each judge has their own peculiar directions.

Once case-management directions are complied with, the court will fix full trial dates. The current practice is that the court will direct that evidence-in-chief be submitted via witness statements in the form of questions and answers. Thereafter, opposing counsel may cross-examine the witnesses; the party calling the witness then has the opportunity to re-examine. Examination-in-chief, cross-examination and re-examination is by way of oral testimony given under oath. Nonetheless, the court may direct that all evidence be submitted orally.

The stages and estimated timeframe for a patent litigation action are provided in Table 1.

Table 1. Stages and estimated timeframe for a patent litigation action

Doctrine of equivalents: Malaysian courts have adopted purposive construction to determine the scope and infringement of patent claims. To date, there has been no application of any doctrine of equivalents, though this may change if the UK Supreme Court’s decision in Actavis UK Limited v Eli Lilly and Company is accepted as a persuasive precedent.

Remedies: The remedies must be pleaded in the statement of claim. The typical remedies that will be requested and granted are:

Permanent injunctions: It is common for courts to grant a permanent injunction but this must be pleaded in the statement of claim. The injunction will be awarded if on the balance of probabilities the court finds that there has been infringement of the patent.

Damages: The principle of damages is to make good or replace the loss caused by the wrongful act. The following factors are used to assess damages:

Elements for calculating lost profits include:

Punitive damages are known as exemplary damages in Malaysia. They must be specifically pleaded, with the facts being relied upon set out. The amount awarded is usually arbitrary. The factors taken into account for a plea in exemplary damages include:

Expert witness: Expert witnesses are appointed to support the respective parties’ contention (ie, either in the assertion of infringement or in the defence that there is no infringement). They usually comprise patent agents and persons skilled in the relevant art. Industry experts are encouraged and experts may come from foreign jurisdictions or within the country. The expert witnesses from each side will be subject to cross examination when giving testimony.

Appeals: The losing party has an automatic right to appeal; any appeal must be filed within 30 days of judgment. The grounds of appeal must be based on questions of law and not questions of fact. The appeal will normally take between 12 and 15 months to be heard. If an appeal goes all the way to Federal Court, it can take between two and three years for disposal.

Working requirements: There is no provision in Malaysian patent law that compels the patent owner to use or work their invention. However, it does provide for the issuance of compulsory licences if:

Additionally, Section 84 of the Patents Act provides for the government to allow the exploitation of a patented invention by a government agency or a third party in the following circumstances, predominantly for domestic market supply, without the consent of the patent owner but with adequate remuneration to it:

Before the issuance of a decision under Section 84, the patent owner has the right to be heard together with any other interested party – if it so wishes. In addition, the patent owner may appeal any such decision issued by the government to the court.

Limitation of rights: On 1 August 2001 a limitation on patent rights – similar to Section 271(e)(1) of the US Hatch-Waxman Act – was introduced into the Malaysian Patents Act: “The rights under the patent shall not extend to acts done to make, use, offer to sell or sell a patented invention solely for uses reasonably related to the development and submission of information to the relevant authority which regulates the manufacture, use or sale of drugs.”

Section 20 of the Patents Act provides that inventors are entitled to equitable remuneration if the invention acquires an economic value much greater than the parties concerned could reasonably have foreseen at the time of concluding the employment contract. There are no official guidelines for calculating equitable remuneration. If the terms of the employment contract do not dictate the compensation amount, the amount will be fixed by the courts.

It is possible for employers to have rights in an invention patent for free by virtue of the terms of an employment contract. However, the employee (inventor) can still seek compensation through the courts as Section 20 is not restricted by contract. 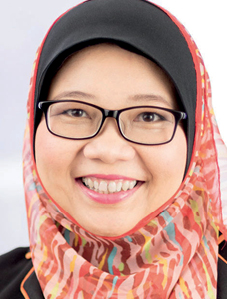 Azlina Aisyah Khalid is senior legal counsel at Henry Goh Malaysia and is experienced in trademarks, copyright, licensing, design infringement, domain name registration and franchise law. She is a registered patent, trademark, industrial design and geographical indications agent. Her legal practice began in 1996 and she has been with Henry Goh since 2004. She is editor of Henry Goh’s newsletter. 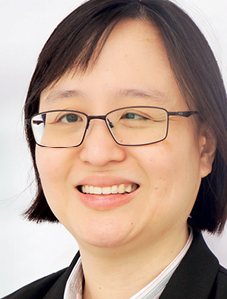 As patent manager, Oon Yen Yen oversees patent operations, including staff training and education. She holds an honours degree in microbiology from the University of Malaya and a master’s in law from the University of London. A registered Malaysian patent, industrial design and trademark agent, she advises on identification of patentable inventions, drafting of patent specifications and prosecution of Malaysian and overseas patent applications. Her opinions on patentability, infringement, freedom to operate and validity play key roles in clients’ decision making.