Indian patent law is governed by the Patents Act 1970 and the Patents Rules 2003. To be patentable, an invention must be:

According to the act, non-patentable subject matter includes:

The patent application – process and costs

A patent can be filed by the inventor or an assignee, either alone or with any other person. The applicant can be an individual, a start-up or a small entity.

The application can be filed at any of the patent offices at Kolkata, Delhi, Chennai and Mumbai. Each of these offices has territorial jurisdiction.

The types of patent application include the following:

One or more divisional applications may be filed by the applicant suo motu or with a view to remedying an objection raised by the controller, on the ground that the claims of the complete specification relate to more than one invention. The application for a patent of addition can be filed for any improvement in or modification of an invention disclosed in the main application.

Most applications are published 18 months from the filing date or priority date (the effective filing date), whichever is earlier. Subject to an applicant’s request, the patent office may publish the application sooner.

After a patent is granted, the patentee must pay a renewal fee to maintain it. The fee is payable at the expiration of the second year from the date of the patent and any succeeding year.

The official costs associated from patent filing until grant range from $80 to $400, based on the status of the patent applicant. The fees charged by a patent agent from filing until grant range from $700 to $28,000. The annual patent renewal fee ranges from $30 to $90 for small entities and $60 to $180 for large entities, depending on the year of payment of the renwal fee.

While filing patent applications, due consideration must be given to avoid non-statutory subject matter.

For example, in case of a software-based invention, the claims must indicate the technical environment in which the software will operate.

There are two options available for appealing the decision of the patent office or the controller of patents:

The controller’s decisions or orders in a pre-grant and post-grant opposition can be challenged before the IPAB.

The revocation proceedings against a patent may be initiated by any third party by filing:

The proceedings can be initiated by a third party only on the grounds listed in Section 64 of the act.

Customs enforcement of IP rights (including patents) is governed by the Intellectual Property Rights (Imported Goods) Enforcement Rules 2007 under the Customs Act 1962, which is designed to strengthen the statutory and executive guidelines, thereby assisting patent holders in enforcing their rights at India’s border.

The Commercial Courts, Commercial Division and Commercial Appellate Division of High Courts Act has recently been enacted, which established a separate commercial division in the high courts to deal with commercial matters (including IP disputes).

Patent infringement proceedings take the form of a civil suit before a civil court – India no longer has a jury system – with all matters decided by a judge.

As part of the rules and practices concerning the filing of evidence in patent infringement proceedings in India, the following are usually employed:

The legal doctrine is demonstrated through case law, as follows:

The remedies available include:

Further, appeals against decisions of the high court division bench (consisting of two judges) must be made to the Supreme Court. Appeal proceedings generally last between two and five years.

Costs and timeframe: The cost for filing and pursuing a patent infringement action can range between $50,000 and $100,000.

The patentee or a licensee of the patent must file a statement of working of patents annually, indicating the extent to which the patented invention has been worked on a commercial scale in India. The statement must be filed within three months of the end of each calendar year. Failure to provide this information is a punishable offence with a fine of up to $15,000. Further, providing false information intentionally is punishable by imprisonment of up to six months, a fine, or both. Further, the failure to work or the insufficient working of patents may be grounds on which a request for compulsory licence may be made to Indian patent offices.

Indian jurisprudence on FRAND licensing practices for SEPs is relatively nascent. Indian courts and the Competition Commission of India (CCI) – the country’s antitrust authority – have only just begun to decide such cases concerning calculating FRAND royalties.

However, in two SEP infringement suits, the Delhi High Court used the value of the downstream product as a royalty base and relied on comparable licences to determine a FRAND royalty. Moreover, the court places the burden on the defendant to prove that the rates offered by the plaintiff were not compliant with FRAND obligations.

In a recent decision concerning FRAND licences, the Delhi High Court’s assessment of FRAND royalties has not followed its own precedent. Here, the court did not assess FRAND rates based on comparable licences, but simply inferred them from the parties’ conduct and the plaintiff’s assertion that its licence was on FRAND terms. The court accepted the plaintiff’s argument that the patent royalty rates should be determined by evidence of prior negotiation between the parties. 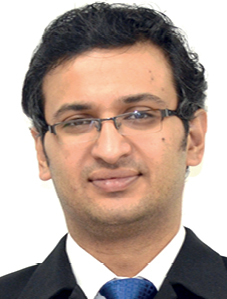 Rahul Sharma is an engineering graduate from the University of Rajasthan, specialising in electronics and communication, and a registered patent agent. Mr Sharma is registered with the Bar Council of Delhi and has a master’s in law from Delhi University. He has 11 years’ experience as a patent consultant and has been working in the software field for one year. Mr Sharma has worked with overseas and domestic attorneys and organisations, for prosecuting international patent applications before the USPTO and the EPO, as well as national phase applications before the Indian Patent Office. 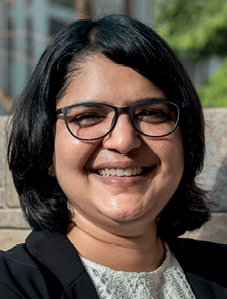 Charul Yadav is an advocate registered with the Bar Council of India and a patent agent. Ms Yadav holds a master’s in biotechnology and heads the biotechnology practice at LexOrbis. She has over 14 years’ experience in handling patent-related matters. She regularly advises clients on IP strategy and portfolio management. Ms Yadav has extensive experience in handling matters involving prior art searching, patentability assessment, freedom-to-operate and validity opinions, patent prosecution, patent drafting, infringement, and opposition and revocation proceedings.