For invention patents or utility model patents, the patent owner may prevent others from (for production or business purposes):

Methods can be protected by invention patents only.

For design patents, the patent owner may prevent others from (for production or business purposes) manufacturing, offering to sell, selling or importing the design patented products.

The practical utility requirement requires that the invention or utility model be reproducible and capable of producing beneficial effects.

The absolute novelty bar applies in China. This means that an invention or utility model must not be part of any prior art in China or abroad, and must not have been described in any patent application previously filed in China (or Patent Cooperation Treaty application nationalised in China) and later published.

Inventiveness implies that an invention or utility model:

For invention patents, the claims must pass substantive examination. Usually, SIPO will issue one or more office actions before allowance. If an application is rejected by SIPO, as a remedy, the applicant may request the Patent Reexamination Board (PRB) to review the case. The board’s decision can be appealed to the court.

For utility models and design patents, claims will be granted without substantive examination.

On average, it takes about 22 months from the start of the substantive examination for an invention patent application to be granted. Thus, the applicant may expect to obtain an invention patent approximately three to four years after filing. It takes approximately three to six months from filing for a utility model application or design application to be granted. In addition, it takes around one to three months from the issuance of notice of allowance to the issuance of notice of grant for a patent.

The official fees are:

Program products and computer programs are not patentable. Since April 2017, SIPO has specifically relaxed the requirements for inventions relating to business rules. If an invention includes both business rules and technical features, it will not be rejected directly on the ground that it relates to business rules. Instead, SIPO focuses on the novelty and inventiveness of software-related inventions. As such, it appears friendlier towards applicants for such inventions than the USPTO.

For pharmaceutical-related inventions, applicants should carefully consider the requirement on the disclosure of experimental data in the application as originally filed. Post-filing data to prove a technical effect that cannot be derivable from the original disclosure (ie, a new technical effect) will be rejected in the assessment of both inventiveness and enablement. This criterion is provided for in the newly amended Guidelines for Examination and has been affirmed by several court decisions.

If an application is rejected by SIPO during prosecution, the applicant may request the PRB to review the case. The board’s decision is appealable to the Beijing IP Court at first instance and the Beijing Municipal High People’s Court at second instance.

Court action may be the most effective route for a patent owner to enforce its rights in China. By filing suit before the competent court, the patent owner may obtain the remedies of preliminary injunction, permanent injunction and damages.

After exchanging the submissions of the plaintiff, defendant and any third party, a court hearing will be scheduled. Various categories of evidence can be used during trial, including (but not limited to) documentary evidence, material evidence and declaration of expert witnesses. When declaration is used, the expert witness must often attend the hearing and be cross-examined by the opposite parties.

According to legislation and judicial interpretation, first-instance trials should be concluded within six months for civil cases and three months for administrative cases. These time limits can be extended once or twice by permission of the superior court. However, many cases have been delayed due to a significant backlog in the courts. In addition, no time limit will be set if a foreign entity or individual is involved in the suit.

The costs involved in a trial vary greatly depending on the amount being claimed and the attorneys’ fees. Therefore, it is difficult to provide even a rough estimate.

The doctrine of equivalents is applicable in China. If a feature is not identical to a feature in the patented claim, it will still be regarded as an equivalent feature if:

However, prosecution history estoppel and the disclosure-dedication rule are also recognised by Chinese courts. Through prosecution history estoppel, the patent owner is precluded from invoking the doctrine of equivalents to recapture the content ceded by amendment during prosecution that was intended to differentiate the invention from the prior art. Under the disclosure-dedication rule, subject matter that is disclosed in the description but not claimed in the patent is dedicated to the public.

In addition, according to judicial interpretations of the Supreme Court of China, the claim should be construed on consideration of the patent’s prosecution history, including:

The prosecution history of the divisional application or parent application can also be considered in the construction of the claim.

According to legislation and judicial interpretation, second-instance trials should be concluded within three months for civil cases and two months for administrative cases. Other provisions on time limits are similar to those at first instance.

According to the Patent Law, compulsory licences may be issued on request from other parties if the patent owner fails to practise the invention after a certain period from grant.

However, no compulsory licence has ever issued in China so far.

Patent law does not stipulate any other forms of licensing, other than the compulsory licensing discussed as above. The court may use FRAND terms in deciding the licensing fee for SEPs relating to telecoms. For example, the court may consider total control, anti-hold up and anti-royalty stacking rules. Cases relating to FRAND in China are relatively few. More mature practices may be expected in the future.

Pursuant to Article 16 of the Patent Law, the party that is granted a patent right must award to the inventor of a service invention a reward and, on exploitation of the patented invention, must pay them a reasonable remuneration based on the extent of spreading and application, and the economic benefits yielded. The manner and amount of remuneration is further explained in Rules 76, 77 and 78 of the Implementing Regulations of the Patent Law. In addition, the company policy or the employment contract regarding the remuneration prevails over the statutory remuneration.

Ji Liu is the deputy director of CCPIT Patent and Trademark Law Office’s patent litigation department and has been a patent attorney since 2001. Mr Liu has a master’s in polymer science and studied IP law at the Cardozo School of Law. He also trained at US and German law firms in US and European patent law and practice. Mr Liu has handled over 1,000 patent filings and prosecution cases in various technical fields, particularly polymers and chemical engineering. He has also represented clients in numerous patent re-examination, patent invalidation and administrative litigation cases, including a successful retrial before the Supreme People’s Court. 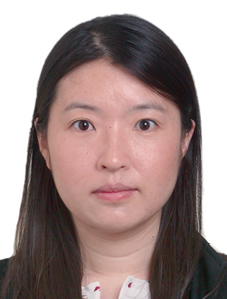 Xiaofang Li is a group leader in CCPIT Patent and Trademark Law Office’s electrical patent department and has been working as a patent attorney since 2007. Ms Li has a master’s in electrical science and technique from Tsinghua University. She is a qualified patent attorney and trained in European patent practice in the United Kingdom. Ms Li has handled more than 1,000 patent filing and prosecution cases in various fields, including communication, computer software and hardware, networks, circuits and semiconductors. She has also represented clients in patent prosecution outside China, including in the United States and Europe.