Patent law changes in US mean there are potentially billions of dollars of write-downs on public company balance sheets, says Spangenberg

Erich Spangenberg, the CEO of nXn Partners and founder and former CEO of IP Navigation Group (IPNav), is not a man to mince his words; and in an exclusive article for the IAM blog he is certainly not doing that. Instead, he has put together a piece that anyone with any kind of interest in US patent reform would do well to consider very carefully.

Spangenberg notes that recent legislative and judicial moves in the US have had a negative impact on patent values. Further developments this year are to be expected and will decrease values even further. Some may applaud that, perhaps; but the CEOs and CFOs of any public company in the US that has acquired patents either on their own or as part of a wider deal should not be among them. Instead, the likelihood is that they will need to engage in an expensive operation to reassess the value of what it is they bought. Failure to do so could open them up to various forms of legal action, from both regulatory authorities and shareholders.

In short, many patents that were valid when purchased and were assigned a “fair value” on that basis may no longer be valid. Public companies and the people who run them have a duty to look into this and to report any changes. That involves time, effort and spending money, and the bigger the portfolio, the more that will be the case.

But, if Spangenberg is correct, there is no alternative if you want to stay on the right side of the law. It is an unintended consequence of reform and one that every US-based entity that has purchased patents – either directly or indirectly – over recent years has an obligation to consider. Of course, the big corporations that trumpet the need for change will have the resources to deal with the implications of this, even if it proves to be an inconvenience for them; instead, and once again, it is smaller businesses that are likely to be hit the hardest. Plus ça change, plus c'est la même chose, as they say in my local pub.

This is what Spangenberg has to say …

CEOs and CFOs really hate being forced to suddenly and unexpectedly take massive accounting write-downs of an asset.  They hate it because the market hates that kind of surprise, and the stock of a company that takes such a write-down will likely take a hit.

Changes in the law relating to patents may necessitate that write-downs be taken by public companies over the course of 2015 for historical acquisitions where significant value has been attributed to acquired patents or patents acquired as part of a business combination.

IPRs and the America Invents Act

Recent legislation and judicial decisions have dramatically and negatively impacted patent valuations.  The America Invents Act (AIA) introduced several new ways to challenge the validity of patents at the USPTO.  The most important of these the inter partes review, or IPR.

The cost to bring an IPR is a fraction of the cost to litigate the validity of a patent and can be far less expensive than paying for a licence to the technology. The time to complete an IPR is relatively short (typically 18 months from filing to final decision, versus years for many court cases) and the invalidation rates are extremely high.

Since the process first became available in late 2012, approximately 2,000 IPRs have been filed, and the rate of filing continues to increase every quarter.  The Patent Trial and Appeals Board (PTAB), the administrative court that oversees IPRs, has embraced its new role with tremendous fervour.  The PTAB has accepted 80% of the applications for IPRs and with the patents accepted for review there has been an 80%-plus claim invalidation rate.

Randall Rader, the former chief judge of the Federal Circuit, the appeals court that hears patent cases, has called the PTAB a “death squad for patents”.

Not inclined to let the legislative branch bear the entire load of “fixing the troll problem”, the United States Supreme Court has jumped into the fray.  In recent years it has issued a number of decisions that make it likelier that a technological innovation will be considered “obvious” and therefore not patentable.  The high court has effectively precluded entire areas of technology from being patent eligible.

Most recently, the Alice decision severely restricts the patentability of software claims (see our blog post “Did the Supreme Court Intend to Kill Software Patents?”).  Not to be outdone, the Federal Circuit has also taken steps to make it easier to invalidate patents and reduce damage awards.  You can most likely forget about getting an injunction to stop someone from selling products that infringe a patent (even if you’re Apple) - the law has changed so that it is unlikely that an injunction is available, even in competitor cases.

The US House passed another patent reform bill in 2014, but it didn’t go anywhere because the Senate never passed a companion bill.  We expect Congress will try again in 2015.  Since there is some momentum left from the last attempt, it appears to have a good chance of passing.

The courts are on a roll and nothing indicates that they will be tapping the brakes on reform in 2015.   In fact, with a single vote change at the Federal Circuit or Supreme Court we could see the end of method claims  (it’s not important what they are—but it is important that there are lots of them in the two million or so current US patents).

The patent market is in a deep recession and there is no reason to think it will change any time soon.

So, why should public company auditors, CEOs, or CFOs care about any of this?

The AIA and judicial activism in the patent space are supposed to address the so-called scourge of “patent trolls”. A handful of deep pocket “big-tech” companies are using anecdotal evidence of abusive patent cases against small companies as the “poster child” to push their own reforms.  Using a laughable study from two professors out of Boston University as ammunition, they got Congress to try to solve an input problem (weak patents) with sweeping changes at the output end (changes in the process for establishing invalidity).  Not to be outdone by the legislative branch, the judicial branch jumped in as well.  What Congress, the executive branch and the courts did not consider is how these “reforms” would impact public company balance sheets.

With apologies to the accountants for a highly generalised description of a complex process, the issue arises for public companies that have made acquisitions and recorded significant values on their balance sheet for intangibles.

In a typical “PPE (property, plant and equipment) lite” acquisition - which would include almost all technology company acquisitions - a significant portion of the purchase price will be allocated to fixed-life intangible assets (eg, patents).

In the US, the Generally Accepted Accounting Principle (GAAP) requirement is codified in Financial Accounting Standards Board (FASB) Accounting Standards Codification (ASC) Topic 805.  ASC 805 requires all identifiable intangible assets to be assigned a portion of the purchase price based on their fair values.

“Fair value” is defined as the price that would be received in an orderly transaction. Using different methodologies - often a royalty savings method and comparable transactions - an outside appraiser will issue a valuation report.  The only problem is the appraiser probably knows little about patent validity, the AIA or the Alice and Mayo court decisions.  He or she will assume the patents are valid.  Based on these valuation reports, the auditor will approve management’s estimate of the fair value to be attributed to the patents and recorded on the balance sheet. These allocations must be reviewed on a regular basis to see if the allocation continues to be justified.  If not, the company is required to take a charge to reduce the recorded value of the acquired patents - called an impairment charge or write-down.

As a result of IPRs, Alice, and other historical and anticipated future developments (new reforms), the tradition of assuming patents are valid has to change.  CFOs and auditors can no longer accept some simple valuation and allocation without further justification (read: significant expense).

Those who continue to over-allocate a portion of a purchase price to patents, or who fail to take write downs when it has become obvious some patents in a portfolio are likely no longer valid or have a significantly reduced market value, are going to be exposed to lawsuits for misleading financial statements.

As but one example, take a look at financial statement footnotes 2 (Accounting Policies—Identified Intangible Assets), 8 (Acquisitions) and 11 (Identified Intangible Assets) of Intel’s most recent financial statements contained in its 10-k filing . Intel acquired McAfee in 2011 and has had numerous identified transactions since that time.  It is likely that a portion of the McAfee patent portfolio or other acquisitions since then are impacted by Alice.  I am not saying Intel’s financial statements are misleading, but I am saying, how would they know if they have to take a fourth quarter impairment charge without incurring a significant expense to determine if any of the recent developments discussed above would impact these valuations?

It is also likely that class action lawyers are taking a look at this valuation and impairment issue.   The auditors who have to explain the basis for relying on the assumption that the patents are valid or that there is no decline in value are at risk, as is the CFO (and maybe the CEO) who signs to certify the company’s public financial statements.

The risks of falling patent values

CFOs and auditors now face the expense and risk of failing to properly address patent valuation.  Major changes are needed in the way intellectual property is accounted for in future acquisitions.

As a result of the changes in patent law, there are billions of dollars in potential write-downs on public company balance sheets for previous acquisitions.  Perhaps this will cause the financial types to speak up about how this asset class is being devalued by well-intended, but fundamentally misguided, reform and judicial activism. 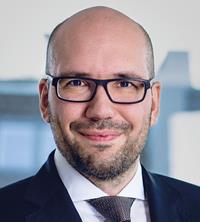