Our latest benchmarking survey provides some reasons for US IP market optimism; but only some

The headline from IAM’s most recent benchmarking survey (published in the latest issue) that sentiment in the US market seems to be improving might have been enough to have some patent owners spluttering into their cornflakes. Thanks to the ongoing threat to patent validity from inter partes reviews and the fallout from the Supreme Court’s Alice decision and resulting uncertainty around patent eligible subject matter, there remain many who are sharply critical of the direction that things have taken.

But as the results of our survey suggest, there’s a sense that conditions in the US might have hit rock bottom and can now only go in one direction. Of course, views might also depend on who you ask. For NPEs there’s no doubt that the market remains extraordinarily difficult; when asked to categorise the operating environment for NPEs, the overwhelming top choice in the survey was that “it has never been harder”.

While conditions remain tough for NPEs, though, for many operating companies there are a few reasons for things looking brighter. The threat of NPE litigation has not gone away but lawsuits have dropped considerably; patent values are at near historic lows so there are bargains to be had for anyone looking to bolster their portfolio; and some of the uncertainty that has hovered over software patents following Alice has started to dissipate thanks to a series of decisions from the Court of Appeals for the Federal Circuit. The Supreme Court’s recent decision in TC Heartland, which affects where plaintiffs can file lawsuits, came too late for our survey, but it is undoubtedly another source of optimism for larger operating companies in the tech sector that tend to face large numbers of NPE suits.

Overall in this year’s survey, there seems to be greater confidence in the US litigation system and less interest among patent owners in heading over to Europe to enforce. That may be the result of more predictability in the US, but also doubts about the UPC and what effect Brexit will have on the European system generally. It could also be that while Europe is great for certain kinds of patent enforcement, for other models – particularly those based on extracting licensing fees at below the cost of litigating a suit – it does not work at all.

But one part of the US patent system that continues to come in for some harsh criticism is the USPTO. Once again in this year’s survey it lags far behind the European Patent Office, with the EPO standing head and shoulders above the other IP5 agencies on both quality of grants and service. Patent quality has been a hot topic in the US for several years and under current Director Michelle Lee, as well as her predecessors, the office has taken steps to try to remedy perceived problems. Lee and her colleagues can find some solace from our results in the fact that a significant chunk of respondents report that the quality of grants is improving. On the other hand, for the first time the USPTO comes in bottom on the question of which agency issues the poorest quality patents – having been overtaken by China’s State IP Office in both the operating company and NPE results.

Our survey also threw some interesting light on attitudes to patent reform in the US and optimism around what the Trump administration might mean for patent rights. When asked for their views on reform 43% of operating company respondents said it was necessary, up from 35% last year. For NPEs 36% of respondents called for change, almost double last year’s 19%; while among private practitioners, 43% said it was necessary, compared with 31% last year. What kind of reform, though, was not made clear and is something we shall look into more deeply next year. Is it further curbs on enforcement that people want to see, or clarifications around eligibility?

At a Stanford Law School event last month some Capitol Hill staffers indicated that they expected new legislation to be introduced as early as July and, depending on what a new bill includes, our results show that there could be considerable support in the patent community. But as the last couple of years have shown us, there’s a big difference between something being introduced in the US Congress and anything reaching the President’s desk.

The survey results show that many patent owners, as well as their private practice advisers, expect the Trump administration to be far more sympathetic to their needs than was the Obama administration, but whether such hopes are grounded in hard fact is less easy to ascertain. So far the new President has given very few clues as to his attitudes to IP, with many observers speculating that his tough rhetoric on trade policy and protection of his own brand mean that he will be a supporter of strong patent rights. But as with many parts of the US patent market, the positive note on Trump might be more of a reflection that things can’t get much worse. 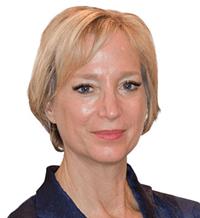