While the global quarrel over the pricing of patented drugs continues unabated, Swiss pharmaceutical giant Novartis has announced that it will offer a number of its medicines at significant discount to developing countries.

According to a press release this week, the Novartis Access programme will provide 15 of its treatments at a cut price of $1 per month each to governments, non-governmental organisations and public sector healthcare providers, initially in Ethiopia, Kenya and Vietnam. Both patent-protected and generic formulations – including treatments for breast cancer, cardiovascular disease, diabetes and respiratory illnesses – feature in the programme. Novartis will consider the rollout of the scheme in 30 other developing countries in coming years, depending on demand (which we can be fairly sure will be massive). The press release states that Novartis “expects this new approach to be commercially sustainable over the long term”.

The move will give patients much more affordable access to vital medicines. But Novartis gains too. The move boosts the company’s credentials as a responsible corporate citizen and looks set to generate it positive publicity – something that is in short supply in Big Pharma, even at the best of times.

Furthermore, the strategy could prove to add value in the long run if it enables Novartis to hold on to its patents and brands while mollifying those emerging markets, such as India, that are typically seen by those in Big Pharma as being hostile towards them as IP owners.

Emerging markets have proved troublesome for the ambitions of major pharmaceutical innovator companies in recent years, with India being the epicentre of these difficulties. Most notably for Novartis, the Indian patent office – as well as, ultimately, the country’s Supreme Court – refused it a patent on its blockbuster Glivec anti-cancer treatment. Fellow Swiss outfit Roche has also run into IP-related problems in India; while Bayer saw its patented cancer drug Nexavar the subject of the country’s first compulsory licence order back in March 2012.

However, there are numerous signs that it is possible for both sides of the debate to reach compromise. Speaking at IPBC China in Beijing back in April, Paul Fehlner, global head of intellectual property at Novartis, revealed that the Swiss company had experienced some favourable court decisions in India of late, including one in which it was granted an injunction. This suggests that characterisations of India’s patent system as being almost exclusively hostile to pharmaceutical originators are unfair.

Moreover, rights holders themselves are exploring alternative business strategies that could keep them in emerging markets while also going some way towards addressing the pricing issue. Last year, Gilead struck a deal with seven Indian generic drugmakers to license its sofosbuvir hepatitis-C treatment in order to manufacture and market the compound at lower cost (the Indian Pharmaceutical Association and generic company Natco this month dropped their oppositions to Gilead’s latest application for an Indian patent on sofosbuvir). Novartis’ Access scheme also looks to be such an attempt at an alternative strategy, and one that the Swiss company would presumably hope to be fairly well received if it were eventually to be rolled out to India.

If medicines are made available at fair and realistic prices, then authorities in developing countries have less reason to issue compulsory licences – or at least, to threaten to do so – on the patents that cover those medicines. That means that the pharmaceutical originator companies get to keep a hold of their patents and maintain their competitive advantage over other pharmaceutical companies.

Presumably, Novartis believes it can still make enough money across its whole product offering and geographic range for this scheme to be viable. That would suggest that it is an approach that other pharmaceutical originators may want to mull over as they seek to expand their reach in emerging markets and get medicines to patients, while at the same time preserving their IP rights and the R&D investments these protect. 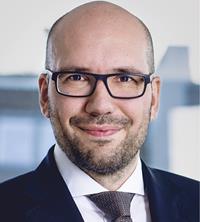