New Senate bill pushes patent reform a step closer to consensus, but there is a long way to go

The latest attempts to introduce new legislative patent reform in the US took its most significant step yesterday when the Protecting American Talent and Entrepreneurship (PATENT) Act was introduced in the Senate. With the backing of Senate Judiciary Chairman Senator Grassley, Ranking Member Senator Leahy and Senators Hatch, Cornyn, Lee, Schumer and Klobuchar, the new bill enjoys senior bipartisan support and is, in many ways, an evolution of the bill that would have appeared last May in the Senate before the then leader of the upper chamber Harry Reid pulled the plug on reform.

Even with such broad-based support, however, the PATENT Act isn’t suddenly going to be passed lock, stock and barrel; just as the Innovation Act - currently being considered by the House of Representatives - isn’t about to land on the President’s desk in its current form. However, this new Senate bill represents a step closer to consensus than its House counterpart, which has been running up against far better organised opposition than it did when it sailed through a vote in late 2013.

As the IAM blog covered at the start of this year in a series of interviews with former Senate Judiciary Chief IP Counsel Aaron Cooper on the dynamics of the legislative process, getting anything to the floor of the Senate relies on winning broad consensus. It seems clear from what was announced yesterday that we’re not there yet and a number of constituencies, like big pharma, remain to be brought fully on board, but at least Congress’s upper chamber has got closer than last year and produced a bipartisan bill that might give us the foundations for legislation. Nevertheless, a few issues do still need to be resolved:

Who’s on the hook? – The shifting of attorney fees is perhaps the most politically divisive issue in patent reform, winning widespread support among Republicans and raising concerns from Democrats and their allies in the trial lawyers lobby. Here’s the standard that the PATENT Act proposes to determine whether fees should be awarded: “If the court finds that the position of the non-prevailing party was not objectively reasonable in law or fact or that the conduct of the non-prevailing party was not objectively reasonable, the court shall award reasonable attorney fees to the prevailing party unless special circumstances would make an award unjust.” That language is softer than the Innovation Act where, as this blog has previously covered, there is some debate over whether that bill contains a presumption of fee-shifting – most observers say it does while the bill’s author Congressman Goodlatte insists it does not.

The recovery of attorneys’ fees has proved just as controversial as whether they should be awarded in the first place. The Innovation Act’s provisions around joinder have raised concerns from the venture capital industry and universities who fear that they may suddenly be on the hook for attorneys’ fees in a losing case which they, in reality, have little control over. The PATENT Act attempts to address those concerns by effectively giving universities and their tech transfer offices a pass and focusing its attention on cases where “the primary business of the party alleging infringement is the assertion and enforcement of patents or the licensing resulting therefrom”. That obviously means NPEs, but also raises questions over operating companies, such as Qualcomm, where patent licensing makes a massive contribution to the bottom line.

Furthermore, a lot of NPEs would argue that their primary business is not “the assertion and enforcement of patents or the licensing resulting therefrom”, but plain licensing, full stop. They only assert when the parties they approach for licences refuse to do deals; they would much rather not litigate or even to consider it - after all, it costs them money they would rather not have to spend. Presumably, this would be something for courts to decide. As for unreasonable behaviour, is it reasonable for an entity approached to do a licensing deal to refuse to talk turkey until a suit has been filed? Again, the courts would decide.

Notably, though, the National Venture Capital Association (NVCA) released a largely supportive statement following the PATENT Act’s publication and told this blog that it saw the fee-shifting language as “an improvement compared to the Innovation Act”. A spokesperson stressed that they were still in the early stages of determining the possible effects of the new bill, but added that early concern had been raised around the fee-shifting provisions by some of their members. Expect, therefore, the fee-shifting language to continue to be finessed.

Where does the suit stop? – From speaking to those close to the negotiations around reform, it is in the provisions related to customer stay where the real rocket science lies in getting a bill written. Protecting the end users of patented products, such as small retail stores, from being targeted in infringement lawsuits, is undoubtedly one of patent reform’s raison d’êtres. But crafting appropriate language that doesn’t give, say, a smartphone manufacturer a free pass from most patent suits, is the tricky bit. According to one DC insider, the latest language in the PATENT Act helps get customer stay closer to a middle ground. But it remains controversial with at least one patent constituency.

In a statement the Innovation Alliance, which counts Qualcomm, Tessera and InterDigital among its members, made clear its concerns around customer stay, which it said remained similar to provisions that were being considered last year. Executive Director Brian Pomper went on to add: “Congress must ensure that any ‘customer stay’ provision does not effectively immunise from liability large companies that use infringing technology and leave patent owners without redress for infringement by foreign manufacturers outside the jurisdiction of US courts.”  The reference to “foreign manufacturers” is particularly notable given the recent news that the Chinese tech giant ZTE has joined United for Patent Reform, the broad grouping of technology, Main Street businesses and other interested groups pushing hardest for big changes.

The Innovation Alliance’s comments don’t mean that customer stay is suddenly dead in the water, but they do suggest that work remains to be done on framing the final language.

Bringing pharma into the fold - Perhaps one of the most remarkable dynamics of this current round of legislative action is that, since the start of the year, the pharmaceutical industry has been transformed into what looks like a one-issue party when it comes to patent reform. With the threat posed by investors like Kyle Bass, Erich Spangenberg and Kevin Barnes launching inter-partes reviews against pharmaceutical patents and looking to profit by shorting pharma stocks, the largest drugmakers have been falling over themselves to protest what they see as the inequity of it all. The PATENT Act does not contain any provisions to reform the wildly popular (with big tech) re-exam procedures at the Patent Trial and Appeal Board (PTAB) and therefore got some short shrift from the pharma community.

In a statement released shortly after the bill was released Pharmaceutical Research and Manufacturers of America (PhRMA) senior vice president Robert Zirkelbach made plain their concerns with the new bill. “The legislation as introduced unfortunately contains no provisions to address significant shortcomings in the implementation of the post-grant proceedings at the Patent and Trademark Office (PTO). Ultimately, PhRMA would have to oppose patent legislation that does not include changes to more fairly balance post-grant proceedings at the PTO.”

We have already seen one bill introduced in the Senate from Senators Coons, Durbin and Hirono that proposes a range of changes to re-exam procedures and has been loudly supported by the pharma constituency. It would seem inevitable that any compromise legislation that does eventually reach the Senate floor will include some provisions taken from the Coons bill. Big pharma is surely too rich and powerful not to win some concessions on this.

The Schumer factor – Soon after the release of the bill, Senate Judiciary Chairman Chuck Grassley pointed out that one of the reasons to feel more confident about this legislative effort compared with last year is that Democratic leader Harry Reid is no longer in charge of the Senate. Reid is also due to step down from the upper chamber and while that will not happen until next year, his heir apparent Senator Schumer, one of the co-authors of the new Senate bill and a key proponent of patent reform, is only going to see his position strengthen as the legislative debate unfolds. That adds an important dynamic as he and Senator Leahy look to secure support from Democrats for their bill.

So, to sum up, the momentum for some kind of legislative patent reform is still there; but what form it will take remains open to question. What IAM has been told by several sources is that Representative Goodlatte is facing a struggle to get his Innovation Act out of the House Judiciary Committee because it is proving too controversial with too many people. That may or may not be true, but the fact is that it has not progressed since it was introduced back in February – despite early assumptions it would power through in rapid time – while yesterday the much less expansive and more tightly focused TROL Act was marked up by the House Energy and Commerce Committee.

Meanwhile, in the Senate it is likely that at some stage there is going to have to be some compromise between supporters of the STRONG Act and the PATENT Act. That will take a lot more discussion and, therefore, a fair bit of time. Legislators, it seems, want to ensure that all parties are on board before they make any final decisions – which is exactly what happened before the America Invents Act was passed. In the background, for now, is the big election year in 2016; but as that draws closer, it will become a bigger factor and will make it even harder to get legislation passed. Once again, albeit ever so softly, the clock is beginning to tick on patent reform. 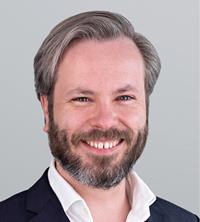