Since 1 January 2020 the Rules of Procedure of the Boards of Appeal of the EPO have become stricter. This has serious consequences for the timing of sending requests for amendments in pending patent applications or granted patents in opposition. IP managers responsible for spending money on European patent applications and patents should be aware that their European patent attorneys will ask for higher budgets during first-instance EPO proceedings because it has now become difficult, if not impossible, to ‘repair’ in appeal proceedings what has been omitted at first instance. Appeal proceedings are, essentially, only a new opportunity to convince the EPO of a viewpoint already presented in first-instance proceedings. It is advisable to be aware that the new rules of procedure also apply to pending appeals, even if filed long before 1 January 2020.

In the past, I heard a European patent attorney from a German firm complaining: “I’m getting more and more fed up with the examiners at the EPO. It’s so hard to change their opinion. I’m now increasingly using the option to file a request for a ‘status of the file’ and I will then file an appeal and repair everything.” Such a request for the ‘status of the file’ means that the examiner refuses the application and summarises the grounds for the refusal. Such a refusal can be appealed.

The Boards of Appeal were quite open to further amendments of claims and in many cases it felt like a second chance and the opportunity to start all over again. However, formally, that has never been the set-up of appeal proceedings before the EPO. Appeals were, and still are, intended to provide a party with a second chance to defend a case refused in the first instance.

In the past few years, Boards of Appeal decisions have become increasingly strict regarding which amendments were permitted during appeal proceedings or were not admitted into the appeal proceedings because they were filed late. Essentially, the Boards of Appeal were increasingly not allowing amendments in a case if they suspected that a party could and should have filed the amendment earlier at the first-instance proceedings.

The EPO has now codified these Boards of Appeal decisions in their new rules of procedure, which follow the strictest line. This chapter summarises the main amendments of the rules that entered into force on 1 January 2020 and offers advice for those responsible for intellectual property and IP company budgets.

Major changes in rules of procedure

The new Article 12(2) of the rules provides a general definition of the nature and scope of the appeal proceedings in accordance with the established case law: “the primary object of the appeal proceedings to review the decision under appeal in a judicial manner” and therefore “a party’s appeal case shall be directed to the requests, facts, objections, arguments and evidence on which the decision under appeal was based.” So, the Boards of Appeal constitute the final judicial instance in the procedures before the EPO. In this capacity, they review appealed decisions on points of law and fact.

The new rules of procedure are based on a converging three-level approach of which the essence can be summarised as follows:

Here, it is important to understand the difference between ‘admissibility’ and ‘allowability’. The outcome of an admissibility check is where the Boards of Appeal accept that a certain topic (eg, an amendment to a claim) is part of the appeal proceedings and should be discussed in detail. Allowability indicates whether the Boards of Appeal agree to, for example, an amendment to a claim.

At the first level, appealing parties are explicitly made aware that appeal proceedings are ‘front-loaded’ (ie, that they should present their complete appeal case on filing the appeal). Accordingly, they will set out clearly and concisely the reasons why they request that the decision under appeal should be reversed, amended or upheld, and they should specify expressly all the requests, facts, objections, arguments and evidence relied on (Article 12(3)).

The first level also marks a major difference to the rules of procedure that were in force before 1 January 2020 – in the past, facts, evidence and requests filed together with the statement of grounds were, in principle, admissible into the appeal proceedings, the power of the Boards of Appeal to hold inadmissible such facts, evidence and requests has now increased considerably. According to the new Article 12(4), the Boards of Appeal are, essentially, obliged only to admit into the appeal proceedings all requests, facts, objections, arguments and evidence as earlier presented in the first-instance proceedings and as admitted into the proceedings by the first-instance body.

Parties to the appeal proceedings may remain in the dark until the date of oral proceedings to learn whether any such amendment is admitted. So, the basic lesson to be learned by European patent attorneys is that they must file any possible argument, amended claim or relevant fact that they can think of at the first instance. There is a real risk that the Boards of Appeal will not admit them into appeal proceedings. The idea is to make appeal proceedings more straightforward and to shift the burden to the first-instance body. This may be a clear advantage for the EPO, but it is a clear disadvantage for the European patent attorney who may sometimes realise only after the first-instance oral proceedings and decision how they could solve outstanding issues. The patent attorney will remain in uncertainty until the oral proceedings in the appeal to learn whether the Boards of Appeal will even admit the solution into the proceedings. The only good thing is that the Boards of Appeal cannot decide about admissibility and non-admissibility without hearing the parties’ opinions regarding admissibility, because being heard is a fundamental right of all parties to EPO proceedings (Article 113(1) of the European Patent Convention (EPC)).

For an appellant in prosecution, the second level relates to the period after filing the appeal against a refusal by an examining division but before the Boards of Appeal send an invitation to attend oral proceedings (Article 13(2)). An exception is where before inviting an applicant to attend oral proceedings, the Boards of Appeal issue a communication under Rule 100(2) of the EPC explicitly inviting the applicant to file a reply to topics addressed by the boards by an explicitly specified due date. The second level expires after that date.

For parties in opposition who did not file an appeal themselves but filed a reply to an appeal of the appealing party, the second level starts after having filed such a reply. Also, the second level expires when the Boards of Appeal send an invitation to attend oral proceedings (Article 13(2)). In opposition the above-mentioned exception applies: the Boards of Appeal may send an extra communication under Rule 100(2) of the EPC explicitly inviting all parties to file a reply to topics addressed by the boards by an explicitly specified due date. The second level expires after that date.

Since there is no fixed schedule for the Boards of Appeal as to when to send an invitation for oral proceedings or to send a communication under Rule 100(2), parties to the proceedings should be aware of having to send new requests, facts or evidence to the boards as soon as possible after becoming aware of them. The new Article 15(1) obliges the Boards of Appeal to send an invitation for oral proceedings no earlier than two months after another party has filed a reply to an appeal which guarantees that the appealing party in opposition proceedings has two months to react to such a reply. This reaction still falls in the regime of the second level.

In principle, all new requests filed at this second level will be an ‘amendment’ and it is at the boards’ discretion whether to admit such an amendment. Here, the same criteria apply as listed above for use by the Boards of Appeal to admit into the appeal proceedings any topic that was not presented to or admitted by the first-instance body. However, an important extra criterion applies when such an amendment at this stage of the proceedings relates to a patent or patent application, the Boards of Appeal check “whether the party has demonstrated that any such amendment, prima facie, overcomes the issues raised by another party in the appeal proceedings or by the Board and does not give rise to new objections” (Article 13(1)).

Although this is an important extra criterion, it is positive that the applicant or patentee proposing the amendment has the fundamental right to be heard and is therefore allowed to argue why the claim amendment should be admitted in the proceedings. If the applicant or patentee succeeds in this attempt, the amendment overcomes all objections and does not give rise to new ones, and should, therefore, be allowable.

During the third-level period, any amendment to a party’s appeal case will “in principle, not be taken into account unless there are exceptional circumstances, which have been justified with cogent reasons by the party concerned”. Parties wishing to have new amendments admitted into the proceedings at this third level must present compelling reasons. One reason may be, for example, that the Boards of Appeal only issued a preliminary opinion without explicit invitation to reply, but with an objection not presented earlier by either the EPO or another party to the proceedings. Then, the parties will have the fundamental right to reply to that new objection.

In view of the new rules of procedure, owners of European patent applications and patents would be well advised to be aware that while the content of a European patent application may be complex, the procedures before the EPO have also become increasingly complex. The new rules increase the complexity and procedural errors are easily made. So, if an appeal is desired, it is advisable to always instruct a European patent attorney to do all the work, and not to request them simply to file instructions prepared by a non-European attorney.

Once a European patent attorney is invited for oral proceedings in the first instance before the EPO, how relevant the case is should be carefully considered. If the case has little or no business value, it may be worth considering abandoning it and saving the money for more important cases. If the case has enough relevance, allow the European patent attorney to prepare claims sets in accordance with a main request and as many auxiliary requests as possible. The auxiliary requests are needed at this stage for a possible appeal afterwards because it is almost impossible to file such auxiliary requests for the first time at the appeal stage.

After having lost a case at first instance, it is advisable to discuss the case with the European patent attorney again and assess the chances of success in appeal. If the chances are low, it may not be worth filing an appeal because it is highly unlikely any further claim amendment or argument will be admitted. However, such a business decision may be overruled if having a pending appeal has clear strategic business value anyway. 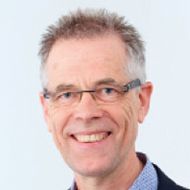