Eight major tech business - Adobe, Amazon, Cisco, Dell, Google, Intel, Oracle and Salesforce - have formed a new advocacy group aimed at making further changes to the US patent system through Congress, the courts and the USPTO.

Half of the group's members (Adobe, Cisco, Google and Salesforce) also belong to United for Patent Reform, the group of big tech, retail and other businesses which was set up in 2015 to seek broad-based reform of the US patent system. Two others, Dell and Oracle, were originally part of the group but are no longer listed as members.

HTIA’s focus will not simply be on change via Congress. “The scope is not just legislative,” commented John Thorne, a partner at Kellogg Hansen Todd Figel & Frederick, and the new group’s general counsel. “It’s also going to be in the courts and the patent office, and where these issues are being debated.”

He pointed out that the USPTO and the courts continue to confront some of the most pressing issues facing the patent system, including possible changes to IPRs. The Supreme Court is set to address the constitutionality of the review process later this year in the Oil States Energy Services case, while pressure is growing on the USPTO from some sectors to lessen the impact of the Patent Trial and Appeal Board (PTAB) – something that the SCOTUS decision in Cuozzo made clear the next permanent director of the agency would have the power to do.

HTIA’s members have welcomed most of the changes to the US patent system that have taken place in recent years through high-profile court decisions and the America Invents Act. These include lowering the bar for fee shifting in patent cases, changing the pleading standards for plaintiffs in infringement suits, changing the law around patent eligible subject matter to make it easier to invalidate patents and, most recently, the Supreme Court’s decision in TC Heartland changing the rules around venue.

That may prompt some to query why another patent group representing big tech is necessary, but using language that many might deem controversial, to say the least, Thorne insisted that improvements are still possible. “If you cured a couple of types of cancer you wouldn’t stop working on the others,” he insisted. He highlighted TC Heartland as an important decision, but one which still left grey areas, such as what constitutes a “regular and established” place of business in the relevant statute, which are still open to interpretation by the courts.

Thorne didn’t rule out signing up more members, although he pointed out that there were advantages to being small: “There are big tent groups out there with hundreds of members and those organisations are very effective in ways that big organisations can be effective, but sometimes smaller groups can do things a little bit differently, move a little faster, be a little more focused.”

The emergence of HTIA may raise some questions over the future of United for Patent Reform, but a spokesman insisted that there would be no changes to its focus which has predominantly been on legislative changes to the patent system. Congressional patent reform has largely stalled in recent years, although there have been some indications that this may change. .

The focus, however, increasingly appears to be in areas such as reform of patent eligible subject matter or changes to IPRs that the HTIA member companies oppose. The STRONGER Patents Act, which was recently introduced in the Senate, proposes a series of measures that are largely unpalatable to big tech. The chances of that bill being passed are remote, but it does draw attention to possible reforms that have largely been ignored by other proposed legislation.

@IAM_magazine Any sale of the BlackBerry portfolio would be the biggest patent deal in years, but putting a value on the 38,000 a… https://t.co/FSePeCXU9d Read more 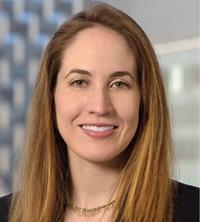