IBM receiving the most US patents in a year has become as much a feature of the US patent system as the Supreme Court over-ruling the Court of Appeals for the Federal Circuit.

According to IFI Claims Patent Services, last year Big Blue received the most US utility patents for the 24th year in a row, with just over 8,000 grants. This blog has written before on how the tech giant has a long track record of disposing or abandoning some of its patents (in some years the number of abandoned patents has exceeded 3,000), but even with that in mind IBM’s long reign at the top is remarkable.

With IBM maintaining its iron grip on the number one position, what’s really interesting about these numbers is the jockeying behind it. To that end, Amazon is perhaps the story of the top 20. The online retail behemoth received 1,662 patents in 2016, up from 2015 when it filed 1,136 patents.  That saw it jump from 26th to 14th in IFI’s rankings, ahead of General Electric and Ericsson and three places behind Apple. Amazon is the latest tech giant, following in the recent footsteps of Google and Apple, to radically increase its patenting efforts. In 2014 it was 50th in IFI’s rankings with 745 grants. Other big gainers last year included Ford, which has also risen markedly in the last few years and in 2016 notched up 1,524 patents, and Intel which saw an almost 36% increase to 2,784 new grants.

In terms of the biggest fallers in the top 20, a trio of Japanese companies, Canon, Toshiba and Sony all saw steep declines. Canon’s total dropped by around 500 patents although its total for the year was still enough for it to hold onto third place. Toshiba’s grants slumped by just over 25% as its total fell from 2,627 to 1,954. Japanese companies still received the second most US patents in 2016, but the total for companies in the top 50 assignees fell from 25,278 in 2015 to 23,078 last year. That’s still way ahead of China – although in 2016 the biggest Chinese companies saw a big jump in new US patents with those in the top 50 receiving 2,072 up from 801 the previous year. Driving much of that rise was Huawei, which saw its number of new patents increase year-on-year from 800 to 1,202.

Of course these patent numbers don’t tell us anything about the quality of the grants nor would it be wise to see IFI’s ranking as a tally of the most innovative companies in the US. But it is interesting to note that for all the changes that have occurred to the US patent system in the last few years, including many that have made it a much tougher market for IP owners, companies are still willing to invest in filing large numbers of patents. According to IFI’s numbers, last year saw the most utility patent grants with 304,126. Notably, well over 50% of those went to non-US entities – a sure sign that globalisation is an established fact now, however much some may wish to roll it back. A lot of attention in the patent market may now be shifting to Europe – thanks to the UPC – and Asia – thanks to China’s sudden rise as an IP force – but for most patent owners with international pretensions, US grants remain must-haves in their portfolio. 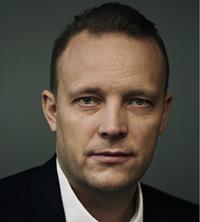