It was all change in Spain on Friday when a vote of no confidence in the Partido Popular (PP) government led by prime minister Mariano Rajoy was passed by the country’s parliament, the Cortes. As a result, Rajoy was replaced by Pedro Sánchez, the leader of PSOE – the Socialist party.

Sánchez now has a tough task ahead of him as he tries to govern with a parliamentary base of just 84 out of 350 deputies. To get any legislation through, he will need to build alliances with parties that include the left-wing Podemos grouping, centre-left and centre-right Catalan separatists, and centre-right Basque nationalists. That is a big ask. Spain’s next general election is scheduled for 2020, but the chances of one happening before that have to be pretty high.

Interestingly, though, one area where Sánchez might enjoy some success is in IP policy – specifically, in securing approval for Spain to sign up to the Unified Patent Court (UPC) agreement and unitary patent. As everyone knows, up to now Spain has refused to join because Spanish is not recognised alongside English, French and German as one of the official languages of the unitary system. This has been a long-standing objection, not only under the outgoing PP government, but also the PSOE one that preceded it.

However, over the last two years PSOE has had a change of heart and is now in favour of Spain joining the unitary system. The party has been vocal about this and has raised the issue several times in the Cortes. In March 2017, it went as far as to press for a non-binding vote on the subject (the debate is here, in Spanish, from pages 18 to 25).

What makes events on that day worth reflecting on is that all the parties that took part in the debate – except for PP – backed the PSOE position. This included Podemos, the various nationalist and separatist parties, as well as Ciudadanos, which opinion polls currently suggest would win most seats in the Cortes if a general election were to take place.

Of course, this does not mean that were a vote to be held on UPC membership under present circumstances there would be a similar result. Backing something in theory is not the same as approving its real-life implementation. As we have discussed before, there are powerful voices and vested interests in Spain that do very well out of things as they are; while politically it may not suit parties to hand PSOE legislative victories.

Against that, though, Spain might well have a lot more to gain by being on the inside of the UPC rather than on the outside. First off, the whole project continues to be in a state of flux. Not only are we still waiting for a decision from the German constitutional court on the legality of Germany’s ratification process, but also – despite the UK’s surprise decision to confirm its membership in April – Brexit has thrown a big spanner in the works. If the whole project fails, it could be that a Spanish ratification turns out to be little more than a gesture of pro-European solidarity. Symbolism, though, is a very important part of politics. This is especially so when it comes to the EU - and backing the UPC might well win Spain credits that could be cashed in elsewhere at a later date.

But there are also two other UPC scenarios still in play. The first is that at some point the project goes ahead as envisaged; while the second is that it goes ahead without the UK. In both instances, there is a strong argument for saying that policy-makers, businesses, lawyers, attorneys and judges from Europe’s fifth largest economy would be better off taking part in the decision-making and regime-shaping, rather than watching from the side-lines as others make calls that will undoubtedly have long-term ramifications for innovative Spanish entities of all sizes.

On top of this, membership opens up the possibility of UPC chambers in Spain (judges in Barcelona’s commercial court, for example, are now developing a high-level of sophistication around patents); while if the UK ultimately ends up on the outside, Spain might be in a strong position to inherit the London central division of the UPC which will hear chemical and life sciences cases. If others can (reluctantly) live with the unitary package’s language regime because of the undoubted benefits the new system brings overall, perhaps Spain can as well.

Right now all this is speculation. It is unlikely that patents will be at the forefront of Pedro Sánchez’s mind as he plots what happens next after his spectacular victory on Friday. But the bottom line is this: the chances of Spain signing up to the UPC are a lot higher today than they were this time last week. And with the opinion polls as they are currently - indicating that PP is not going to be forming a government for the foreseeable future - whatever happens in the short-term, the odds are that in the medium term, Spain will be a part of the unitary system. That is, of course, if it actually exists.

With thanks to Josep Maria Pujals of Studio Ponti in Barcelona for patiently answering my questions and providing background information.  Any omissions and errors in the above are mine alone. 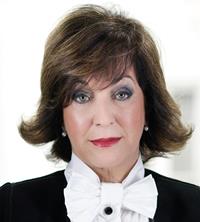