The opening reception for this year’s IPBC Global took place on Sunday evening at the Palace Hotel in San Francisco. IAM’s editorial team – Joff Wild, Richard Lloyd, Jack Ellis and Sara Jayne Clover – are covering the event and below are a few thoughts and observations ahead of Monday’s plenaries and breakouts:

Time for one more - Apart from the opportunity to catch-up on and debate the latest developments in the market there’s no doubt that one of the highlights of the IPBC is the networking opportunities. These typically run late into the evening and can encompass one too many drinks (no names, no pack drill). Where else can you rub shoulders with senior IP execs from the likes of Apple, Google, IBM, Microsoft, Ericsson, Panasonic, LG and Philips, to name but a few, as well as leading investors, aggregators, intermediaries and distinguished jurists? The Palace bar is going to do a roaring trade over the next few days. (RL)

Wrapping up - There’s been a distinct air of excitement and anticipation surrounding the IAM team with registration opening on IPBC Global 2015.  For those of us who attended the event at the Palace four years ago, it is great to be back in this beautiful venue in what many a San Franciscan will tell you is America’s most ‘European’ city.  Aside from the more liberal leanings of its inhabitants and its rich culture, this London-based reporter can’t help but presume that the similarity between SF and cities like my own down in large part to how chilly it can be at this time of year! Note to self: always bring a sweat shirt, jacket, scarf and woolly hat when visiting The Golden City. (SJC)

Losing control – An interesting conversation at the opening reception about the possible fate of Inventergy and what that could mean for the companies that sold it patents. As this blog has previously covered, the NPE is going through a difficult time and, as a result, has done a couple of financing deals with Fortress over the last year. While Inventergy gets access to the cash it needs, presumably what Fortress gets is either a great return should everything work out well or, if it doesn’t, control over at least some of the patents that Inventergy has acquired from the likes of Panansonic, Huawei and Nokia. But here’s the rub: one of the ways in which Inventergy has marketed itself as a partner to operating companies is its approach to licensing, with the emphasis placed on being transparent and non-aggressive. That sits well with a lot of businesses, especially those from Asia. But should the worst happen, what guarantees do the original owners of the NPE’s portfolio of rights have that Fortress will take the same view of things? After all, it’s hard to imagine that an operator as canny and as experienced as Fortress IP lending boss Eran Zur would have agreed to anything that might restrict his ability to get top dollar for any assets that do come under his control. And that could mean that they end up in the hands of entities that may be far less appealing than the outfit run by former HP licensing head Joe Beyers.  (JW)

Nippon's numbers – Take a glance at the delegate list for this year’s event and you will notice a particularly strong showing from Japan. In fact, it is the biggest contingent from the country in IPBC history. There are 37 individual delegates hailing from the Land of the Rising Sun, with 10 Japanese IP-owning entities represented: Canon, Denso, IP Bridge, Mitsui & Company, Toshiba, NEC, Panasonic, Rohm, Sony and Sumitomo Chemical. So what explains this sudden surge in numbers? For one thing, it demonstrates that Japanese businesses are increasingly involved in the patent transactions market. Panasonic and NEC have been two of the most active patent sellers over the past couple of years, while semiconductor firm Rohm has also begun to get in on the act with a number of deals in the last 12 months. On the other side of the coin, partly state-funded aggregator IP Bridge has been busy buying up assets; and defence-minded Canon has taken a leading role in the creation of the anti-NPE License On Transfer Network. That they are all here in San Francisco this week suggests that IPBC is the place to get things done! (JE)

Don’t be small - One issue that is certain to be discussed at great length between now and Tuesday evening is the state of play with US patent reform. If early conversations are anything to go by, it seems as if it is now a matter of “when and what” rather than “if” on the subject of the various legislative packages now in front of the House and Senate.  In other words, the general consensus is that something is going to be put in front of President Obama either late this year or early next, but as yet it is not clear what form it will take. That said, the view among most of those I talked to both in Silicon Valley before the event and at this evening’s reception was that we are probably going to see something that is closer to the Senate’s PATENT Act than the House’s Innovation Act; this will mean no-one being delighted, but everyone being generally OK. Everyone, that is, except small inventors and innovative, patent-rich, cash-poor SMEs – they are going to get screwed, to put it bluntly. Before a bill gets to the White House there needs to be further compromise over the thorny issue of the future of IPRs, as well as joinder and end-user provisions; but in the end a form of words will be found that will leave most who have spent big lobbying dollars on both sides of the debate able to say they have won in some way. Those that have not – such as the poor old small inventors and SMEs – will face a future in which the rights they own will be harder, more expensive and far riskier to enforce. That will be good news for deep pocket corporates and NPEs, both of which will probably head over to Europe when they have big ticket, multinational issues to sort out. That said, there could be a potential spanner in the works: one cynical, but clued in, delegate told me that legislators have realised patent reform is something of a cash cow for them; and with elections looming next year, finalised legislation is not going to fill the campaign coffers; on the other hand, further delay in getting something done may incentivise further generous contributions. We shall see. (JW)

Thinking ahead - The theme for this year’s IPBC is the IP market 2.0, as we take stock of a rapidly evolving and much changed patent and IP eco-system. But if we were to fast forward, say, five years what might the IP market 3.0 look like? Much less litigation perhaps? An acceptance that the US Congress is not the best place to fix problems, maybe? Europe and/or Asia now the centre of activity, possibly? Or even the arrival – finally – of some major financial players? Making predictions about the future is always tough. but a panel of senior industry players will be doing just that during a Tuesday morning plenary. It will be fascinating to hear what they have to say and we will certainly let you know. But, of course, you can rest assured that whatever does actually come to pass over the next five years will be discussed, analysed and debated at IPBC 2020. See you there! (RL)

Keeping up – If you are not with us in San Francisco (and even if you are), you can keep up with events via this blog and also on Twitter. The IAM editorial team and doubtless many of the 650 plus attendees will be providing real-time comment and news using the #IPBC15 hashtag. (JW) 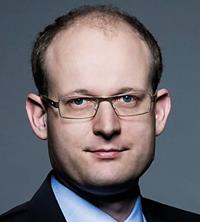