Yesterday we reported on data released by Docket Navigator showing that in 2014, the year of the Alice decision, the number of motions to dismiss on Section 101 eligibility grounds stood at an all time high, as did the success rate of such motions. Docket Navigator’s founder Darryl Towell has now come back to us with a little more analysis and for plaintiffs the news gets worse. This is what Darryl has to say:

While it may be too early to draw conclusions about the impact of Alice on patent litigation activity generally, a look at litigation data provides some interesting, if preliminary, insights.

Another significant development is a change in the stage of litigation where §101 decisions are being rendered.  Traditionally, pre-trial challenges to the validity of patents were raised primarily in summary judgment motions, not in a challenge to the pleadings at the outset of the litigation.  Conventional wisdom dictated that, in most situations, a court could not address validity until after discovery and claim construction.  Recent data suggests this may be changing for validity challenges based on §101.  During the four year period from 2008 to 2011, courts ruled on only seven such motions and granted two for a success rate of 28.6%.  By 2014, courts ruled on 24 motions and granted 13, for a success rate of 54.2%.  In 2015 we’ve seen rulings on eight motions and all but two were granted.  If the 2015 rates continue we may see as many as 68 rulings this year with 51 motions granted, for a success rate of 75%.

This data suggests that more §101 motions are being filed, more of those motions are being granted, and they are being granted at earlier stages in the litigation.  The implications of the last point could be significant.  For accused infringers, it means they may have a better chance of winning before incurring significant attorney fees on discovery and claim construction (Markman).  For plaintiffs it means they may need to be ready for a §101 challenge at the outset of litigation, before discovery and before claim construction.

I am not a lawyer so could be wrong, but as I understand it, motions to dismiss and motions for judgment on the pleadings typically occur very early in the litigation process, before claim construction, and the threshold for winning is extremely high.  For their part, motions for summary judgment and motions for judgment as a matter of law occur towards the end of a case and are relatively easier to win (although the threshold is still higher than at trial) because claim construction has already occurred and the parties may offer evidence to support their positions.

As far as I can tell, a few years ago it would have been unthinkable that a Section 101 motion had any chance of success before claim construction and before any evidence was considered. But these days, it seems, in some US courts that is no longer the case.

Thus, as Darryl observes, not only are more 101 motions being filed and then granted, but it is all happening earlier.  That means defendants are probably better placed than ever before to get a case thrown out before spending millions on attorney fees and discovery; while plaintiffs have to be even more certain of their patents before they embark upon a case; this probably means spending more in preparation. In the great scheme of things, the number of suit affected may be only a small percentage of the overall total, but it is yet another way in which it is becoming harder to be a plaintiff. 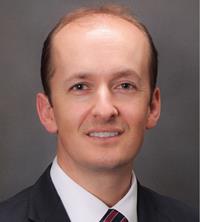