Message to the new USPTO Director: Time to flip the script at the PTAB

The PTAB recently received its 8000th petition — a landmark that few thought it would reach this quickly. No other part of the America Invents Act (AIA) has had anything like the same impact on the US patent system, winning praise in some quarters as a quick and (relatively) cheap way of challenging patent validity and condemnation in others for the shadow it has cast over IP rights. In this guest post Rob Aronoff of the International IP Commercialisation Council, explains why, for some members of the patent community, PTAB reform must be at the top of to-do list for incoming USPTO Director Andrei Iancu.

In December Andrei Iancu passed his USPTO director confirmation hearing before the Senate Judiciary Committee with flying colors and now seems assured of winning full Senate approval. So very shortly we should have a new head of the USPTO and I want to take this opportunity to say, “welcome to the USPTO Mr. Iancu”.

Your leadership comes at a crucial moment in the economic history of our country. You represent far more than an administrative instrument of constitutional intent. You are the de-facto government leader of innovation policy in the US. As such, there is nothing more important for you to address than restoring the power and value of US intellectual property that has been dangerously diminished by the proceedings now under your direct control at the Patent Trial and Appeal Board (PTAB).

At immediate issue is more than a debate on the constitutionality of the PTAB proceedings. The fairness and proper application of “late term” IPRs needs to change. Fewer petitions heard with fewer claim invalidations will benefit our patent system and strengthen our economy and global competitive position in the long run.

The need to change the rules and balance of outcomes at the PTAB came into stark focus at the IAM Patent Law and Policy conference in DC last November. Scott Boalick, the board’s deputy chief judge, presented data which he thought relevant to the debate on the impact of the PTAB process. The PTAB took no position on the data, operating without considering the economic implications of their proceedings. They applied the rules as provided without bias in their minds.

To most IP professionals in the audience the data presented a stark picture of the inability of patent owners to fairly hold onto their once valuable patent rights. Then Google senior patent counsel Suzanne Michel, a very talented and persuasive speaker presented her interpretation of that data. It is important we all hear what she said. It went like this (paraphrasing, keeping to the core of it faithfully):

“Let me see if I understand the implications of the data you presented. There are say 300,000 or so new patents issued each year. How many patents are petitioned to the PTAB for an IPR each year? For the sake of simple math, let’s say 3,000. Of those, 1/3 let’s say are denied, 1/3 are settled, and the remaining 1/3 are finally adjudicated. That’s 1/3 of 1% of the number of new patents each year are decided by the PTAB. Regardless of a high cancellation rate of claims that are ultimately decided, that hardly sounds like a “death squad” for patents to me!” By extension, such a “light impact” proceeding certainly could not be doing any harm to the US economy could it?

The problem with that line of reasoning is that the patents at issue in PTAB proceedings are not a random selection of all the patents issued by the USPTO. These patents are hand-picked for their relative strength and value because everyone knows that licensing and litigation are expensive and risky and not something you pursue without using the best patents. They are IP rights that have been vetted for their strength related to prior art, patentability, and economic value. These efforts cost millions and are not taken on by those looking to shakedown defendants.

Approximately 85% of the IPRs in fiscal year 2017 had a co-pending district court case, according to data presented by the USPTO at the November IAM conference. They know they are in for a fight with a potentially unwilling licensee and they have selected patents they feel are worthy of going to battle for. When you factor in the just less than two-thirds of petitions to the PTAB that were instituted in fiscal 2017 (according to the USPTO’s stats), those which do not settle post institution (roughly 80%), the 80%-plus of instituted IPRs that have some or all claims invalidated (90%-plus for covered business method reviews), this translates into 40 to 45% (or even more) of the most valuable issued US patents are found to be mostly or entirely invalid by the same entity that originally issued them.

This is not a partisan issue. Former Chief Judges of the Court of Appeals for the Federal Circuit Paul Michel and Randall Rader, and previous USPTO leadership including former Director David Kappos, former Director Q. Todd Dickinson, and former Commissioner for Patents Robert Stoll, have all publicly disagreed with the implied “light impact” of the PTAB. Their shared opinion is that the PTAB patent tribunals, implemented after the AIA, have not been consistently fair and balanced.

Unfortunately, Washington at large has mostly bought into the dangerous ‘all fine with the PTAB’ narrative, has decoupled this topic from American innovation and competitiveness as a “geeky” patent policy debate, and seems to generally lack interest in helping to fix what has been set in motion.

Washington’s lack of interest is even more tragic given that the loss of IP rights is occurring in areas critical to American competitiveness. Artificial Intelligence, fintech, the Internet of Things, augmented reality, connected homes, blockchain and countless other areas of innovation are critical to our competitive future. And yet, speak to any patent lawyer and they will tell you that filing patents has become far less appealing in part because they have become nearly impossible to hold onto since the PTAB started its work. The recently released McKinsey Global Institute report on US manufacturing highlighted that the strongest manufacturing sectors in the US, such as the aerospace industry, continue to depend on IP to provide a bulwark against competitors that could otherwise simply copy their innovation. But for how long while the PTAB continues to tear down so many of the most valuable patents that are petitioned to them?

For SMEs, the drivers of much of the US economy, the PTAB proceedings are the IP equivalent of a “Damoclean sword” hanging over their patent rights. These small businesses, often former employees of the big companies or university spin-outs, are a vital source of the next big ideas. While there is an established link between obtaining intellectual property and funding for startups, there now is widespread disillusionment with the value of obtaining US patents. Fewer fundamental (versus network-oriented ’me too’) companies get funded and founded. Those which cannot receive massive funding and achieve hyper-scale business models now too often die on the vine because investors are wary of funding ideas they cannot reasonably protect. This same line of thinking incents even big companies to adopt a fast follower strategy instead of pushing the envelope in hard-to-protect areas of innovation. The loss of this leading-edge investment is arguably already visible. Recent studies point to a decline in the share of US R&D spending as compared to China and the rest of Asia, and a decline in the relative ranking of the US regarding global technological innovation.

In contrast, the rest of the world is in the process of strengthening and democratising their patent system (especially China). A 2017 study performed by the Center for the Protection of Intellectual Property (CPIP) points to over a thousand important innovations that have been patented in other jurisdictions (China and Europe) but were denied in the US. What message and incentive does this send to innovators globally?  The relative strength of the US patent system has also dropped precipitously in the US Chamber of Commerce’s annual IP Index so that it is now tied for 10th in the world with Hungary.

Historically there has been a strong positive correlation between economic growth and strong patent systems. With the US weakening and the rest of the world strengthening, what do we think this weakening of the US patent system means to the long-term fundamental trend of US innovation and economic success?

For the US to move forward with a fair and balanced IP system the script of the PTAB needs to be flipped. To restore the proper incentives for innovation in our economy, for the most valuable patents being petitioned to the PTAB, the presumption of validity and patentability needs to be restored. Quality should be injected far earlier in the process at initial exams and post-grant reviews (PGRs) when it is most economically effective and least disruptive and punishing to downstream investment. The rules and bias of the entire system should be set up to preserve confidence in the US IP system, not undermine it.  Patent owners should not be forced to “retry” the validity of their IP assets when they matter most. This includes getting rid of the “broadest reasonable interpretation” of patent claims currently used by the PTAB that leads to countless unfair late-life invalidations. The inclination of these late-life reviews of earlier invention should be protection, not to take away these rights at every possible turn.

In 2018 it is time we fixed the PTAB, and in doing so, take a major step forward in fixing a US patent system that does little to encourage investment in innovation. Mr Director, you could not have arrived at a more critical time.

Robert Aronoff is the US Executive Director of the International IP Commercialisation Council, the Founder and Director of Pluritas LLC and President and COO of Underalls Inc. 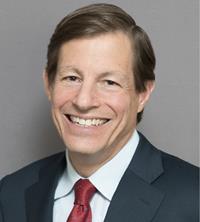