Donald Trump said nothing about patents during his election campaign. At a conference in Washington DC this November, the task of working out what his administration might herald began in earnest

Many of the US patent community’s most distinguished members gathered in Washington DC on November 15 2016 for this year’s Patent Law & Policy (PLAP) event, organised by IAM and held just a stone’s throw from the White House in the Ronald Reagan Centre. Alongside current US Patent and Trademark Office (USPTO) Director Michelle Lee and former incumbents Todd Dickinson and David Kappos were ex-Chief Judge of the Court of Appeals for the Federal Circuit Paul Michel, Chief Judge of the Patent Trial and Appeal Board (PTAB) David Ruschke, IP Owners Association Executive Director Mark Lauroesch and American IP Law Association Deputy Executive Director Vincent Garlock, as well as a significant number of senior corporate IP executives and private practitioners, not to mention a smattering of lobbyists and investors.

The last time that many of these people were together was in early September at an IP-focused fundraiser for Hillary Clinton’s presidential campaign organised by Dickinson, Kappos and former patent commissioner Bob Stoll. This had been addressed by the chair of her campaign committee, John Podesta, and policy adviser Sara Solow. The latter led the team which drew up the Initiative on Technology & Innovation, a Clinton policy document which detailed the Democrat candidate’s views on intellectual property generally and patent reform in particular.

However, instead of a meeting conducted against the backdrop of a Clinton victory and discussion dominated by thoughts on how her IP plans would now be put into action, what PLAP delegates ended up debating was the unexpected election of Donald Trump as the next US president and what it might mean for the country’s patent landscape. Given his almost total silence on IP-related issues during the campaign, there were a lot of gaps to fill in.

Under President Obama, the climate for patent owners in the United States has undoubtedly worsened. Speaking in Vancouver at the annual Licensing Executives Society USA & Canada meeting in October, Kappos stated that the passage of the America Invents Act – which happened while he was in charge of the USPTO – had “unquestionably weakened patents”. A string of US Supreme Court and Federal Circuit decisions have had a similar effect – most notably those relating to the Alice and Mayo judgments. The administration itself has cited dubious data and studies to justify further patent reform; while many in the IP community have pointed out the perceived strong links between Google and the White House, concluding that the company – a strong advocate of reform – has had a far greater influence over the decision-making process than it should have done.

Starting from this base, it is hard to see how a Trump presidency could be much worse for patent owners, which may be why the mood at PLAP was generally optimistic. Speaking in one session, Microsoft’s senior director of IP policy, Susan Mann, suggested that most IP-related areas would be examined by the incoming administration with fresh eyes. “One thing is clear: public policies of long standing are going to get a new look,” she commented. That might mean that legislators will step away from the Innovation Act in the House of Representatives and the PATENT Act in the Senate – the two bills which have enjoyed the most backing from reform advocates in recent years.

For his part, Dickinson pointed out that the high-tech sector may not be as close to the Trump White House as it has been to the Obama one. That would appear to be a fairly safe bet. During his campaign, Trump made great play about the propensity of big technology businesses to offshore capital and jobs, saying that he wanted to bring both back to the United States. What is more, Trump received relatively few donations from Silicon Valley and other technology centres in the United States, meaning that he is unlikely to feel beholden in any way to the sector. This may well make it harder for technology companies to get a hearing and to influence policy in the White House – something which in turn could result in less government support for patent reform than there was under Obama.

“Individual inventors are like the rust belt steelworkers of the IP system, the forgotten constituency who may now get more attention,” Dickinson noted astutely. Smart reform opponents should look to play on the president-elect’s oft-stated support for the little guy and the left behind to make a pitch for inventors, start-ups and small and medium-sized enterprises in the face of efficient infringement.

On another panel, Manus Cooney – a lobbyist with American Continental Group – asserted that there are people around the president-elect who are fully aware of the importance of patent rights. Cooney noted that key Trump adviser Stephen Bannon had his own IP valuation business in the 1990s which worked with content producers in Hollywood and beyond. Fellow panellist Rob Stien of InterDigital highlighted that former Federal Trade Commissioner and George Mason University Professor Joshua Wright had recently been named as an adviser on antitrust matters. “His positions on intellectual property are drastically different to some of the current administration,” Stien commented.

However, where the Trump administration is likely to have its most direct impact on the US patent landscape is in its choice of the next director of the USPTO. Both current incumbent Lee and her deputy Russell Slifer were political appointments made by the Obama administration, and so can be expected to depart along with him or even before he goes. If that is the case, then it is likely to fall to the commissioner of patents, Drew Hirshfield, to serve as acting director while full-time replacements for Lee and Slifer are identified and then vetted. David Kappos did not become USPTO director until August 2009 – seven months after Obama was inaugurated – but it may be that the delay is even longer under the new administration. If so, Hirshfield will be the one making the big calls for a fair amount of time. This could include signing off on new examination guidelines and overseeing the way in which the PTAB approaches the broadest reasonable interpretation standard. Any changes there would be a very big deal indeed.

Beyond Hirshfield, the background of the new director will be worth keeping an eye on: Obama’s two direct choices – Kappos and Lee – both came from operating companies in the high-tech sector. Is this a trend that the Trump administration will continue or will another part of the patent community – life sciences, say, or private practice – get the job? A new direction is likely to have a significant effect on how patent policy is viewed and implemented at the USPTO.

All in all, there is reason for patent owners to hope that their darkest days could be behind them. That said, if Trump’s victory has taught us anything, it is to expect the unexpected. For the US IP community, that means keeping an even closer eye on any new developments.

In her speech to delegates at IAM’s Patent Law & Policy event in Washington DC on November 15 2016, US Patent and Trademark Office Director Michelle Lee discussed a number of issues, including the possibility and potential scope of further legislative patent reform in the new Congress:

We’ve clearly made tremendous progress over the past eight years, but of course, we have more work to do to further strengthen our patent system’s ability to promote innovation in our ever-changing environment. As I said earlier, I’m optimistic the incoming administration will share our appreciation of the importance of intellectual property as a driver of economic growth. As I look ahead, I foresee legislative patent reform changes will continue to be discussed in Congress, though those conversations will likely occur later in the term after some of the other priorities – including filling a Supreme Court vacancy, immigration and tax reform – are addressed; and any legislative patent reform will likely be more targeted, rather than the comprehensive reforms we’ve seen in prior Congresses. I would hope any legislative proposal will take into account the numerous positive changes that have occurred recently in the patent system, including through the courts, including on attorneys’ fees, pleading requirements and discovery limits; and at the USPTO, through the PTAB and the agency’s efforts to improve the quality of patents in our system. As far as issues, I predict legislative discussions may include venue reform and possibly changes to Section 101 and PTAB. On venue, with nearly half of the patent cases filed in 2015 filed in a single district out of 94 federal judicial districts, it is easy for critics to contend that plaintiffs seek out this district preferentially for the wrong reasons. And the mere perception that there are advantages to be gained by forum shopping challenges the public’s faith in the patent system. So there will be continuing pressure for legislative (and likely judicial) action on the issue of venue. The scope of any legislative reform remains to be determined, but I predict that the focus will be on more targeted, rather than comprehensive reform as we saw these past couple of Congresses. Further, I anticipate that the USPTO’s work across the globe to ensure that other countries have strong IP protections, adequate enforcement mechanisms and remedies, and appropriate technology transfer (or licensing and competition) policies will continue in the next administration, particularly in such countries as China and others. This is a president-elect that has promised economic growth and job creation in our country, and IP will necessarily be a key piece to achieving that goal. 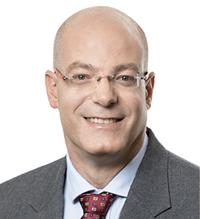